Novak Djokovic suggested that the time is right to replace line judges with technology. But it isn’t as straightforward as it sounds. 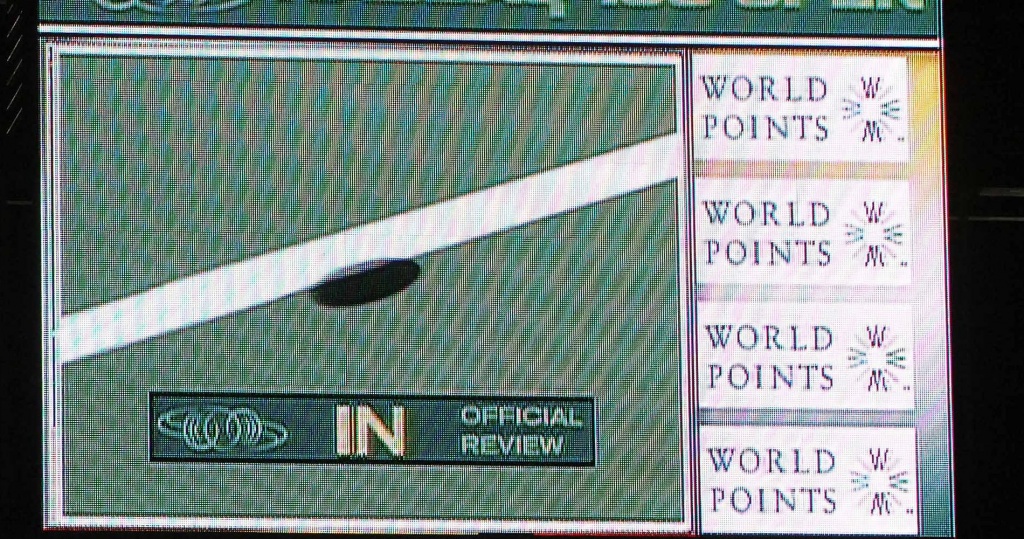 It was a comment that shocked the tennis world.

It was back in October when world No 1 Novak Djokovic mentioned in a press conference that he thought the time was right to phase out line judges – and replace them with machines.

Djokovic had been impressed with the way the technology had worked in Cincinnati and at the US Open (both held in New York), when the number of people on court was reduced due to the coronavirus pandemic through the use of Hawk-Eye Live, and argued that it would be a good idea to roll this out everywhere.

“With all my respect for the tradition and the culture we have in this sport, when it comes to people present on the court during a match, including line (judges), I really don’t see a reason why every single tournament in this world, in this technologically advanced era, would not have what we had during the Cincinnati/New York tournaments,” Djokovic said. “The technology is so advanced right now, there is absolutely no reason why you should keep line umpires on the court. That’s my opinion,” he added.

When the world No 1 speaks, everyone listens – but his idea may not be as straightforward to implement as he suggests.

First up, there’s a question of logistics. Installing the necessary technology on every single court at every single tournament would surely be prohibitively expensive, with the cost estimated to be a bare minimum of £20,000 per court.

“Of course, I understand technology is expensive, so it’s an economic issue and a question mark. But I feel like we are all moving towards that, and sooner or later there is no reason to keep line umpires.”

It is of course possible that Djokovic’s sentiments were at least partially motivated by the aftermath of his disqualification from the US Open, when he hit a ball in anger that accidentally struck a line judge. 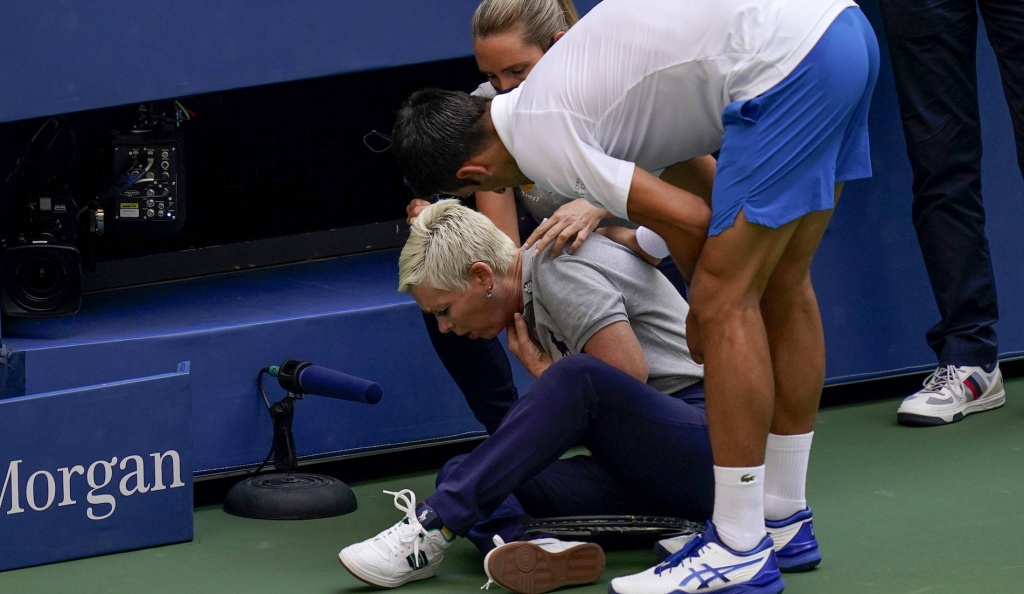 And that was also given a slight nod by the Serb’s comments: “Yes, ball kids, of course, ball person, yes, but line umpires, I don’t see why anymore, to be honest,” he said before adding with a smile, “I would also probably then have less chances to do what I did in New York.”

Indeed, had he been on an outside court there, there would have been no line judge to hit. Social distancing on the smaller courts meant that they were indeed using automated line calling.

And the young players coming through the ATP ranks will be well used to an absence of line judges – automated line calling is used at the NextGen event, and has been since 2017.

Of course, not everyone agrees with Djokovic – including some of the top players.

Garbine Muguruza, the two-time Grand Slam champion, said she appreciated having other people on the court along with the players, and that she thought that line judges were an important piece of tennis history that should be preserved. 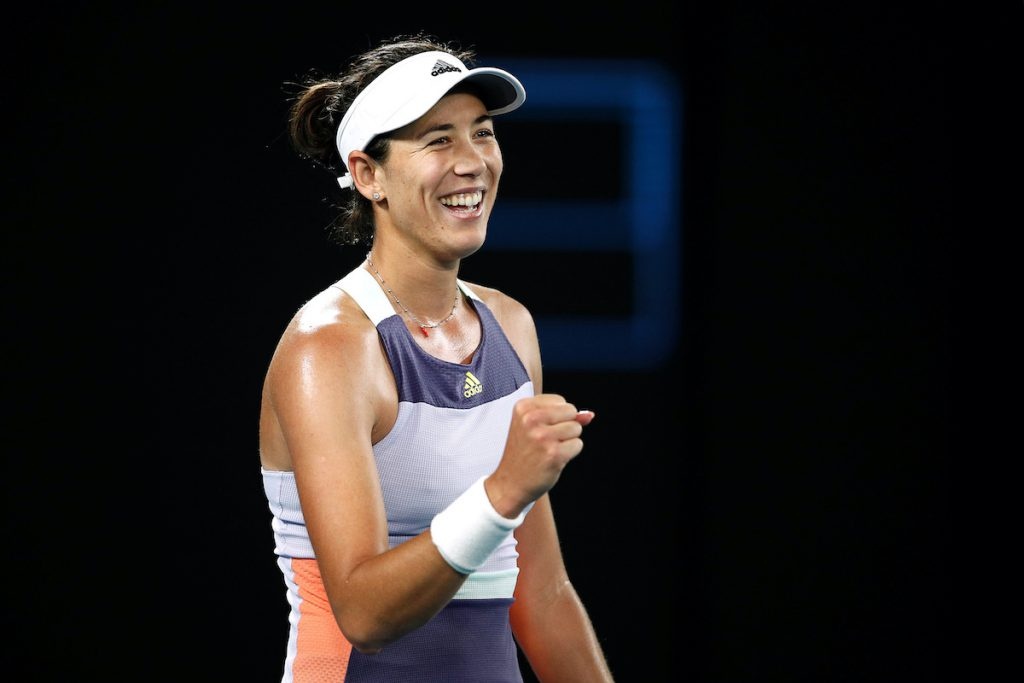 “They can also have a Hawk-Eye, you know, in clay court. That solves everything. But I feel it’s pretty traditional (now), and I’m a traditional person. I enjoy having, you know, line umpires and chair umpire. And I just like things the old way,” she said.

“You can put a Hawk-Eye (in) and make it more modern, but I appreciate not being a machine on the court. (It would be) even more lonely out there just with us. A speaker that says in or out.”

Having said that, tradition doesn’t mean everything stays the same.

Hawk-Eye itself has only been part of tennis in the last 20 years, with the US Open the first Grand Slam to use it, back in 2006. It was introduced as an umpire’s aid – there as a back-up, preventing angry players from venting their rage at the officials.

Tennis historian Dr Rob Lake gives some other examples of tennis changing its traditions – such as the introduction of the tiebreak in the 1970s, which some observers hated, arguing that it was a further step towards shaping the sport around the needs of the broadcasters rather than fans.

“In the end, the cost-benefit analysis of the tiebreak won out,” says Dr Lake. “Players would have enjoyed protecting their bodies and therefore lengthening their careers, and also would have enjoyed keeping broadcasters and tournament committees happy as they would have repaid them with higher prize money, which they did tangentially. Fans came around and enjoyed the suspense offered by tie-breaks.

“I feel that Hawk-Eye offers similar benefits but I do not necessarily think that any practical benefits are offered by removing the line judges. It might save tournaments having to pay line judges, but this would be negligible overall and certainly not a good reason to remove them.”

Dr Lake points out that relying on Hawk-Eye or a similar line-calling technology for every single point would slow the game down massively, which would prove frustrating for everyone. He says that football’s use of the video assistant referee (VAR) has shown that technology does not speed things up – nor does it make everyone happy.

“Decisions might be correct more often but this may come at the expense of the ‘excitement’ and ‘fun’ offered with the use of humans and the obvious potential for human error,” he says, adding that he could also foresee problems with the existing challenge system if human line judges were removed. “Would the umpire make all calls, which players could challenge – potentially leading to more incorrect calls – or would players be able to challenge an infinite number of calls, which would slow the game down significantly? Both options to my mind would detract from the enjoyment of the spectacle.” 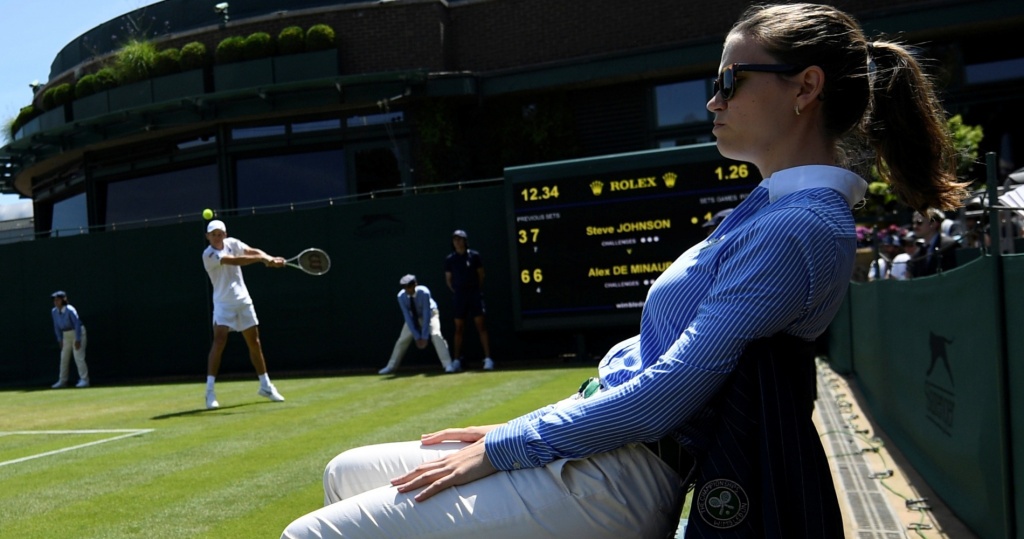 Umpires have told Tennis Majors that they also fear that phasing out line judges will mean that the talent pipeline for chair officials is capped off. Officials often begin their careers as line judges, and some continue to work as line judges to gain more experience as they start to umpire from the chair. And of course with fewer opportunities to officiate, fewer people will be able to pursue it as a full-time career unless they already have an independent income source to support themselves – meaning there will be a smaller pool from which to draw officials.

With the tennis world still reeling from the impact of the pandemic, and the calendar still playing catch-up, it seems unlikely that the powers-that-be will make any more sweeping changes just yet, so line judges will not disappear completely any time soon. In the meantime, players will have to continue to respect the officials – and be careful where they are hitting the ball if they’re angry.