Novak Djokovic is one of the greatest tennis players in history and arguably the greatest Serbian sportsman of all-time. Here are the answers to the 10 questions you may ask about him 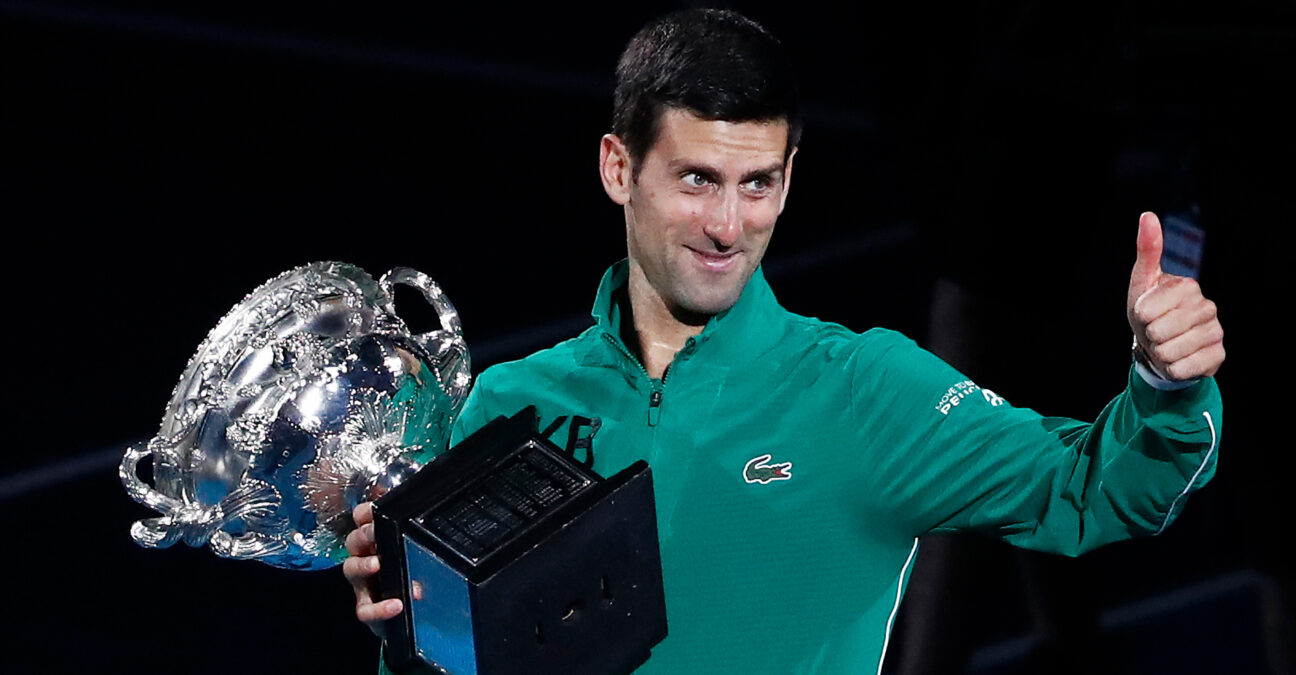 Has Djokovic ever won the calendar-year Grand Slam?

No, but he came awfully close in 2021. After winning the Australian Open, French Open and Wimbledon, Novak Djokovic got to within one win of joining Rod Laver (1962 and 1969) and Don Budge (1938) as the only men to win all four majors in the same year.

But his quest for history – and a record 21st Grand Slam title ended when he was beaten in straight sets by Daniil Medvedev in the final.

How many Grand Slams has Novak Djokovic won?

Novak Djokovic has won 20 Grand Slam titles. The Serb has won more titles at the Australian Open than any other player. He owns nine titles in Melbourne and is 18-0 combined in semi-finals and finals at Melbourne Park. The Serb is also a ringer on the Wimbledon grass, where has now won six titles. He is the only man to complete the career Grand Slam twice, having done it for a second time by winning Roland-Garros in 2021.

What are Novak Djokovic’s biggest achievements?

Djokovic’s 20 Grand Slam titles puts him in a three-way tie atop the all-time men’s singles Grand Slam titles list, with Roger Federer and Rafael Nadal. The Serb has won nine Australian Open titles, six Wimbledon crowns, two Roland-Garros and three US Open titles. He has also won 86 career titles, including 37 Masters 1000 crowns. He has also finished the year ranked world No 1 on six occasions, a record he shares with Pete Sampras..

Djokovic has also broken the all-time ATP record for weeks at No 1, earlier held by Roger Federer at 310 weeks. Djokovic spent his 311th week as world No 1 in March 2021.

Alexander Zverev, the player Djokovic beat to reach the 2021 US Open final, called the Serb mentally the greatest player in the history of the sport following his five-set loss in the semi-final at Flushing Meadows.

“There is a reason why he’s won 20 Grand Slams,” Zverev said. “There’s a reason why he’s spent the most weeks at world No. 1. There’s a lot of reasons for that. I think mentally he’s the best player to ever play the game. Mentally in the most important moments I would rather play against anybody else but him.”

Niki Pilic, the former French Open runner-up who coached Djokovic from the age of 12, said there was no doubt in his mind that the Serbian will go down as the best player of all time. “Djokovic has won the most Masters titles, he is the only player to have won every Slam at least twice, and at one point he had almost 17.000 ATP points – in that moment, he accumulated more points than Murray, Nadal and Federer combined. I am not being biased, Novak is the best of all time,” he told a Croatian newspaper. 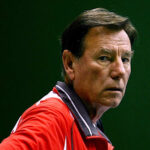 Has Novak Djokovic ever won the gold medal at the Olympics?

When was Novak Djokovic born?

What is Novak Djokovic’s nationality?

Djokovic is Serbian. He often speaks about his pride to represent his country around the world. “Our country’s image has been really bad,” he explained in an interview for French newspaper L’Equipe in 2014. “So I try to best represent my country, give a positive image, show that we are proud and hospitable.” Djokovic regularly represents Serbia in international competitions. He won the Davis Cup in 2010 and the ATP Cup in 2020 for Serbia, as well as the Hopman Cup (2008, 2013).

He has also competed at four Olympic Games and won a bronze medal in singles back at the 2008 Beijing Games.

Who is Novak Djokovic’s wife?

Jelena Djokovic (formerly Ristic) is Novak’s wife. The couple met in high school and started dating in 2005, when Novak was only 18. They got married in July 2014, in Sveti Stefan, Montenegro.

How many children do they have?

The couple have two children. Their son Stefan was born in Nice on October 21, 2014. Their daughter Tara came in to the world on September 2, 2017.

Who is Novak Djokovic’s coach?

Djokovic is currently coached by the duo of Slovakia’s Marian Vajda (ex-ATP No 34), who has been a part of his team for a long time, and Croatia’s Goran Ivanisevic, the Wimbledon champion in 2001 and a former world No 2. Vajda has been coaching Djokovic since June 2006. Before Vajda, Djokovic had worked with Dejan Petrovic and Riccardo Piatti. Periodically helped by Mark Woodforde and Todd Martin, Vajda formed a high-profile coaching duo with Boris Becker from 2014 to 2016. Djokovic split with Vajda in May 2017 and hired Andre Agassi as his main coach. The partnership lasted for just one year. Vajda came back alongside Djokovic in the spring of 2018 and was then joined by Ivanisevic in June 2019.

Who are Novak Djokovic’s parents?

His father Srdjan is Serbian and his mother Dijana, born in Zagar, is from Croatian ascent. They owned the society Family Sports, which ran three restaurants and a tennis academy. Srdjan was a professional skier, like Djokovic’s uncle and aunt, and a decent footballer. He tends to speak out to take his son’s defence or sometimes, to criticise his opponents. Djokovic has two brothers, Marko and Djordje. They also played professional tennis, but were not able to successfully transition to the main ATP Tour level.

When did Novak Djokovic begin to play tennis?

Djokovic first picked up a racket at the age of four. Spotted during the summer of 1993 by Jelena Gencic, a former tennis and handball player who then became his coach for six years, he was sent in 1999 to the Pilic Academy in Oberschleißheim, nearby Munich, Germany. In 2001, Djokovic was crowned European junior champion in singles and doubles. He also placed as runner-up at the World Championship with Yugoslavia. His idol was Pete Sampras when he was growing up.

How is Novak Djokovic’s name pronounced?

The English translation for his family name is somewhat true to its phonetic pronunciation: “Djo”, as in “Johnny”, “Ko” as in “Koala”, then “Vitch”, as the C at the end has an accent in Serbian. As for his first name, “No” is pronounced “Gno”, as in “Gnome”, and “Vak” is said as in “Vacuum” – Gno-vak Djo-ko-vitch