Simona Halep continued her stunning run of form on clay with a first ever Rome title, while Karolina Pliskova returned to form and Victoria Azarenka turned up the heat. Here’s what we learned and what you might have missed. 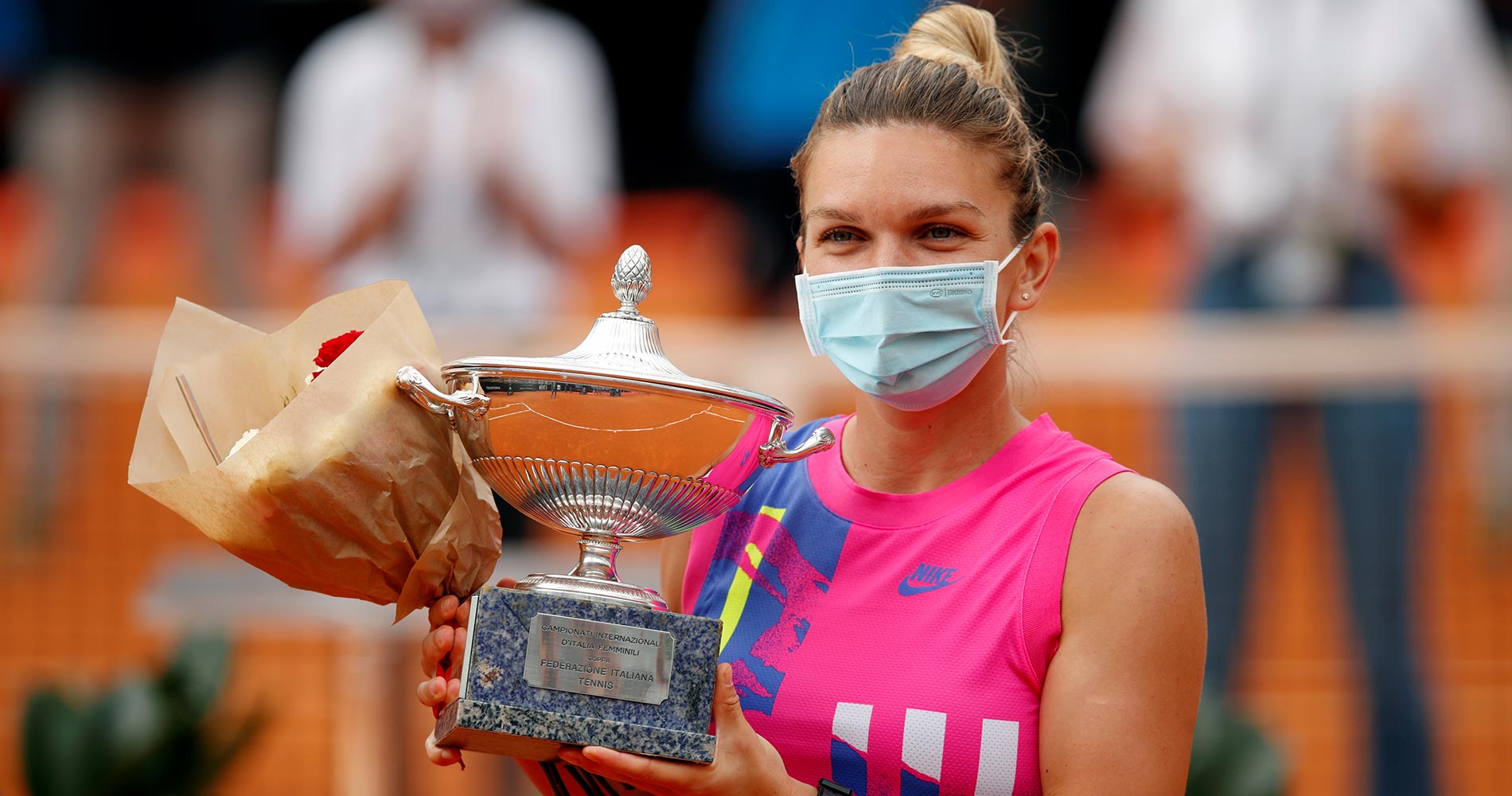 Simona Halep back on top form

Simona Halep continued her undefeated run since tennis returned from the Covid-19 lockdown — going 10-0 in Prague and Rome as she heads into her favourite and most successful Grand Slam event. Her most impressive performance had to be the victory against Garbine Muguruza, where she fought hard for three sets to take down the Spaniard, who had eliminated the red-hot Victoria Azarenka earlier in the tournament.

She did have two walkover wins, and in this clay season, the players need all the preparation they can get. The extra reps at the Prague Open would help, but one would imagine Halep would want more time with elite level competition like Karolina Pliskova in the shortened Rome final. 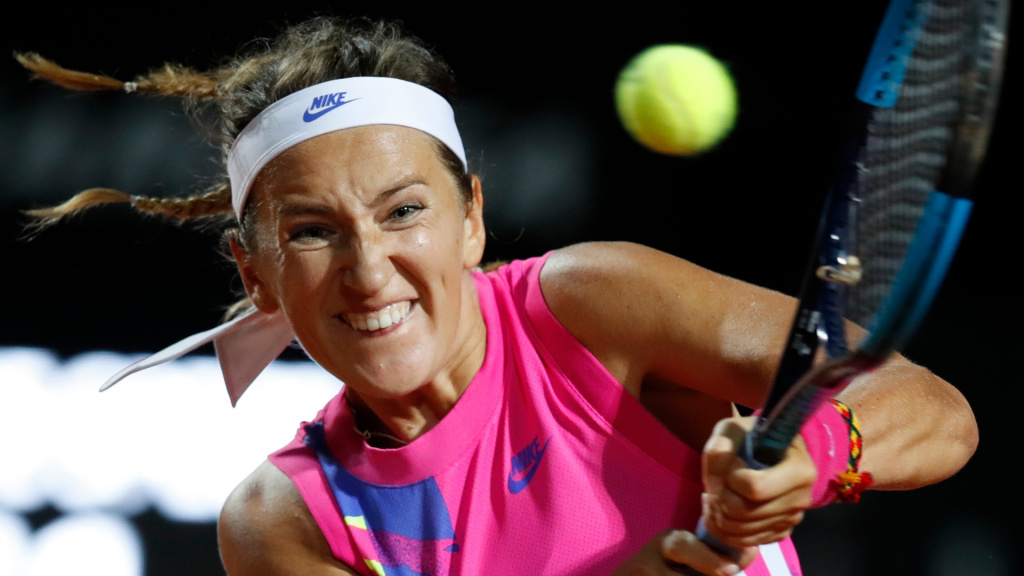 Azarenka-Muguruza: Match of the week

The level of tennis Victoria Azarenka has been playing the past month is absolutely scintillating, with a Cincinnati title in hand and a brilliant run to the US Open final. On the other hand, two time Grand Slam champion Muguruza stalled to start the comeback, most notably with an early exit in the US Open. However, the ninth seed was looking better in Rome, fending off Sloane Stephens, Coco Gauff and Johanna Konta to get to this quarter-final matchup.

The match itself trod a fine line of back-and-forth and inconsistent play, with Azarenka and Muguruza facing 14 and 17 break points respectively. The Spaniard completed the comeback largely due to Azarenka’s second serve, which let her down, as the Belarusian only won 38 percent of her second serve points, the lone large discrepancy in statistics between the duo. 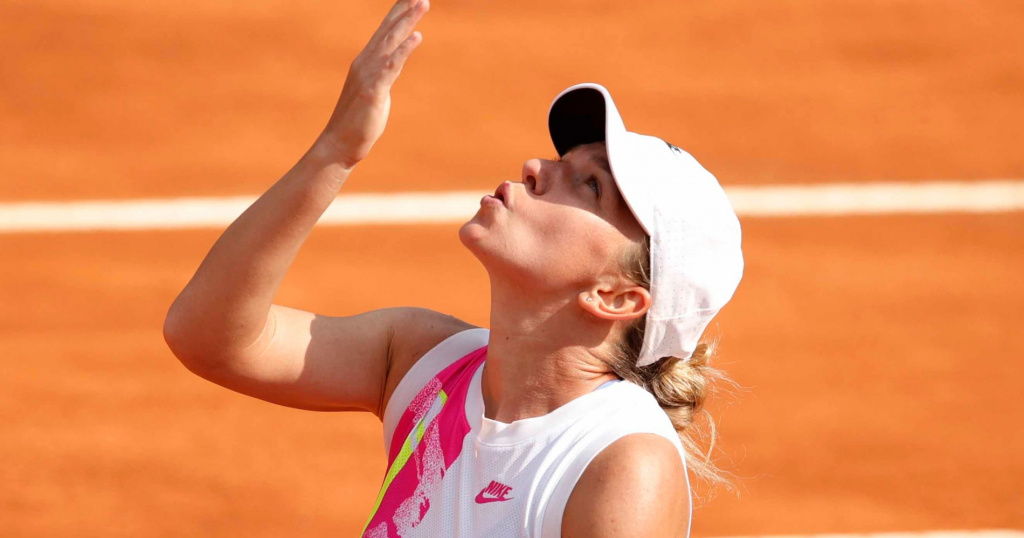 With a number of players in the WTA pulling out of the US Open due to concerns with the bubble and traveling during the Covid-19 pandemic, this Rome tournament marked the comeback of a number of top players to top-level play. Halep, Kiki Bertens and Belinda Bencic were three top-eight seeds that returned to the Premier 5 event after sitting out a Grand Slam.

Halep was the only one who performed at her best, with Bertens and Bencic falling in their first matches against Polona Hercog and qualifier Danka Kovinic respectively.

Simona Halep and Karolina Pliskova were the two stand-out players of the week, for obvious reasons. For Halep, it was just a continuation of the form she showed in Prague, but a step-up in form with some superb performances against the world’s best players. For Pliskova, it was a welcome return to top form after a poor US Open, and in one of her favourite tournaments, she produced some excellent tennis again. Hopefully her injury will settle down in time for Roland-Garros.

The draw for the final Slam of the year is truly wide open, especially with world No 1 Ash Barty missing and US Open champion Naomi Osaka dropping out of the field before the tournament even begins. The added uncertainty also came with the reintroduction of players that avoided the American circuit and the New York bubble, with seeded players like Halep, Bertens, Bencic and Aryna Sabalenka returning to the red clay in Paris. Halep looks the woman to beat, while Muguruza and Azarenka could be dangerous.

On the other hand, Sofia Kenin is a player who needed to truly dig deep and turn her form around after two straight disappointing tournaments. The young American clinched the Australian Open title earlier in the year, but her recent results display some worrying sign. The US Open run is fine at best as she fell in round of 16 to Elise Mertens, but it definitely differed from the expectation of the reigning Australian Open champion. Kenin was one-and-done in both Premier 5 tournaments, though, falling to Alize Cornet and getting double-bageled by Azarenka. Her loss to Azarenka in Rome was something to ponder about — she did show fight toward the end, but her misses were, quite frankly, irredeemable at times as the ball flew a few feet beyond the line. Controlled aggression was her calling card in Australia, and she needs to find that back soon.