Every day, Tennis Majors looks back at the biggest moments in tennis history. On January 7, 1979, Tracy Austin crushed Martina Navratilova to win the Avon Championships in Washington D.C. 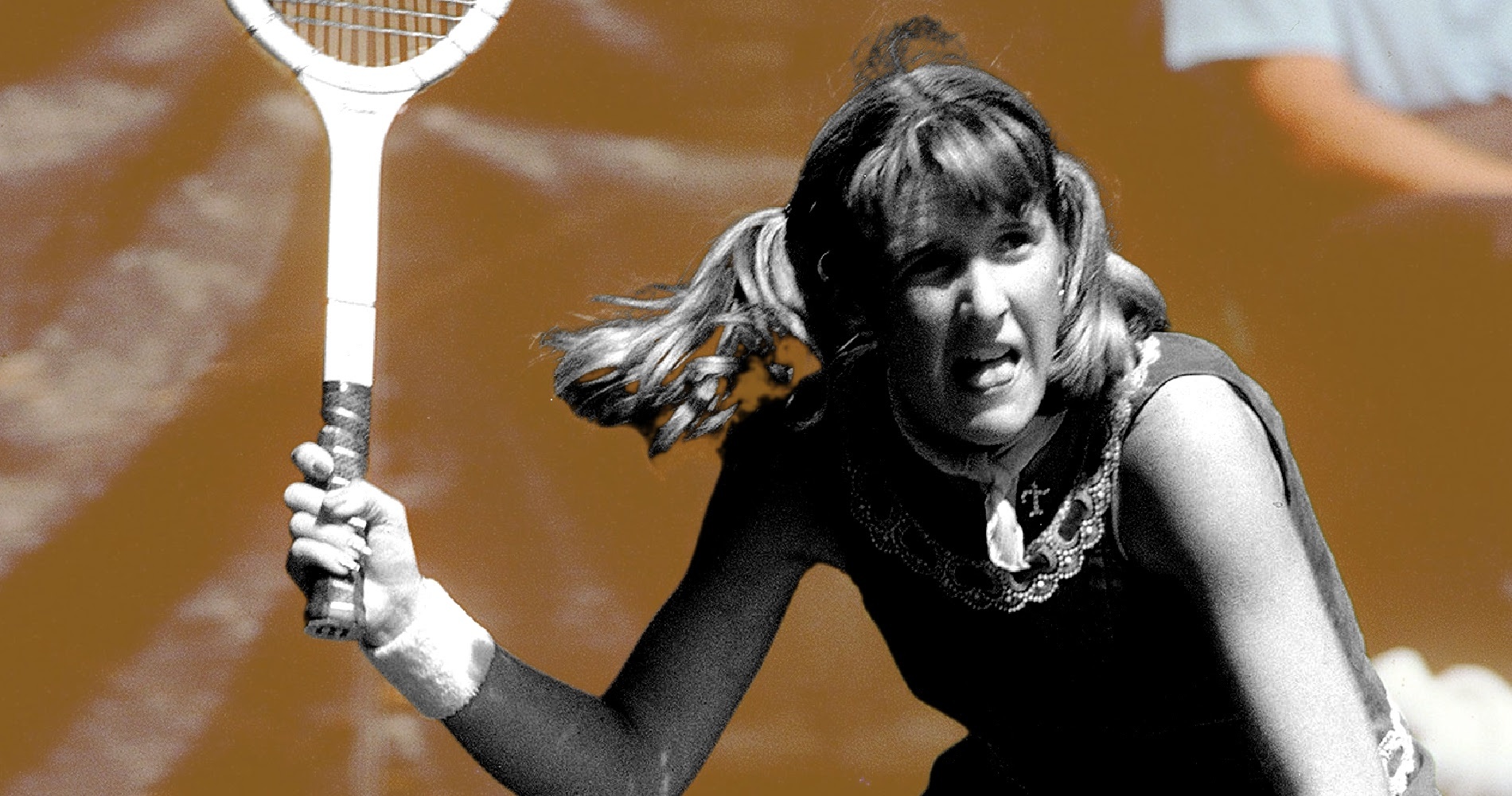 On this day, January 7, 1979, in Washington, D.C., 16-year-old Tracy Austin defeated world No 1, Martina Navratilova, in the final of the Avon Championships 6-3, 6-2. Austin had turned pro in October 1978, and she remained undefeated since then. It was her third pro tournament win out of three attended, after Filderstadt and the Tokyo Open (where she had already beaten Navratilova, 6-1, 6-1). The American prodigy would become the youngest US Open champion in tennis history a few months later, defeating Chris Evert in the final (6-4, 6-3), but her career would be shortened by a series of injuries.

Tracy Austin was, along with Pam Shriver, one of the American prodigies of the late 1970s. Born in December 1962, she claimed her first title in January 1977, defeating Stacy Margolin in the Portland final (6–7, 6–3, 4–1 ret), and in September the same year, she reached the US Open quarter-finals (defeated by Betty Stove, 6-2, 6-2), a few months before turning 15. She finished this first year as world No 12, and in 1978, she went to the US Open quarter-finals again, defeated this time by Evert (7-5, 6-1). Two months later, in October, she turned pro, and she started her new career by claiming the titles in Filderstadt (taking revenge over Stove, 6-3, 6-3) and in Tokyo (where she beat Navratilova for the first time, 6-1, 6-1). Austin played a game style similar to Evert; she was extremely patient and precise from the baseline, trying to wear down her opponents physically and mentally.

At the start of 1979, Navratilova, born in 1956, was the world No 1, exchanging the position regularly with her greatest rival, Evert. The Czech had turned pro in 1975, reaching the finals at both the Australian Open (defeated by Evonne Goolagong, 6-3, 6-2) and Roland-Garros (lost to Evert, 2-6, 6-2, 6-1). In the following years, she established herself in the top four, winning 22 tournaments, but it was not until 1978 that she finally claimed her first major title at Wimbledon, (defeating Evert in the final, 2-6, 6-4, 7-5). According to Evert, she took fitness to a new level in women’s tennis, introducing the idea of cross-training, playing other sports such as basketball in order to improve her physical condition. Shortly after, she became world No 1 for the first time, but at the US Open, she was eliminated in the semi-finals by 16-year old Shriver (7-6, 7-6). She was still world No 1 in January 1979.

The Avon Championships of Washington, formerly known as the Virginia Slims of Washington, was established in 1972. The event, played on indoor carpet, was prestigious enough to count, amongst its former champions, Margaret Court (1973), Billie Jean King (1974), Evert (1976) and Navratilova (1975, 1977, 1978).

At the start of 1979, Navratilova was world No 1, having considerably improved her physical condition, and she considered Evert as her main, if not only, rival. Yet, there was a new generation of American prodigies. Pam Shriver and Tracy Austin, who were both born in 1962, had already shown that they were capable of disrupting Evert and Navratilova’s domination of the game. In fact, in 1978, the left-handed world No 1 had been defeated by both of them, losing to Shriver in the US Open semi-finals (7-6, 7-6), and to Austin in the Dallas quarter-finals (6-3, 2-6, 7-6) and in the Tokyo final (6-1, 6-1). However, she had also won against both of these young stars, and when Austin and Shriver faced each other in the quarter-finals of the Washington Open, Navratilova didn’t feel particularly concerned. “I don’t care which of these kids wins,” she said, according to Sports Illustrated. However, she was sick and had been coughing all day and even though she made her way into the final without much trouble, she was not playing her best tennis in Washington.

Meanwhile, Austin defeated Shriver, whom she had beaten nine times in junior events, in their first encounter on the main tour (6-3, 1-6, 6-2). Shriver was the local favourite, and young Austin displayed great resilience to overcome the loss of the second set and the roaring crowd: I waited for all the noise to go away,” she said afterwards. “I never knew a crowd could be so loud. But when they went wild like that, ‘Right!’ I said to myself, ‘No way!’ ” The final started one day early, in each player’s press conference. Although Navratilova admitted that her opponent was “hard to play”, when reminded of her heavy loss against her in Tokyo, she didn’t give Austin much credit: “I was looking forward to my vacation that week,” she said. “That one I didn’t fight out.”

“Vacation? I didn’t hear anything about a vacation,” responded the teenager. “I do know that when I’ve beaten her, I have had to play extremely well. She’s so strong…”

Austin applied her usual strategy: consistency. Seeing that Navratilova was missing more than usual on her backhand, she attacked the world No 1’s weakness relentlessly. This plan worked, as the Czech got irritated and, losing her patience, she started going for risky winners and made even more mistakes. “It’s so boring I can’t stand it,” she yelled at the end of the first set, which she lost, 6-3. With such a mindset, it was no surprise that she was unable to increase her level in the second set, which she started with a double fault, and lost 6-2. “I don’t have the patience for these long rallies. I have to try to hit a winner right away. If I have to hit the ball 30 times. I’m going to miss it in the end,” Navratilova bitterly declared after the match.

As for the young Austin, who had just claimed her third professional title in as many tournaments attended, she earned $24,000 in prize money, before going back to school the following day.

Navratilova would overcome her aversion for Austin’s game and prevail in their five next encounters, including in the Wimbledon semi-finals (7-5, 6-1). However, Austin would defeat the Czech on her way to her first Grand Slam title, in the US Open semi-finals (7-5, 7-5), before beating Evert in the final (6-4, 6-3). In 1980, Austin would become the youngest player to have ever reached world No 1 (a record beaten later by Monica Seles and Martina Hingis), a ranking she would hold for 21 weeks in total. The young prodigy would win the US Open a second time, in 1981, edging Navratilova in the final (1-6, 7-6, 7-6). Unfortunately, the rest of her career would be plagued by injuries and she would quit tennis for the first time in 1984. In 1988, she would attempt a comeback, which would be tragically ended by a near-fatal car crash. She would try in vain one last time, in 1993-1994, before retiring once and for all.

Navratilova would become, according to Billie Jean King, “the greatest singles, doubles, and mixed doubles player who ever lived,”. In the Open Era, no male or female player would ever win more singles tournaments than Navratilova (167), doubles events (177), or matches (2,189). At the end of her career, she would hold 18 Grand Slam titles in singles, 31 in doubles and 10 in mixed doubles, completing the career boxed Grand Slam: winning every major tournament in singles, doubles and mixed doubles. She would spend a total of 332 weeks as world No 1. 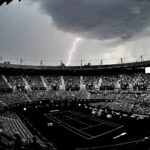 January 5, 1994: The day world No 1 Pete Sampras was shocked by qualifier in Qatar
tennis majors 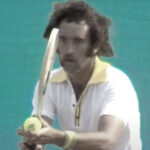