Unclear about the 2020 new tennis calendar? Here is the current situation

The ATP and the WTA announced that they will both resume in August, after almost five months of suspension due to the Covid-19 pandemic.. Here we update you on the 2020 tennis calendar, as it looks right now. 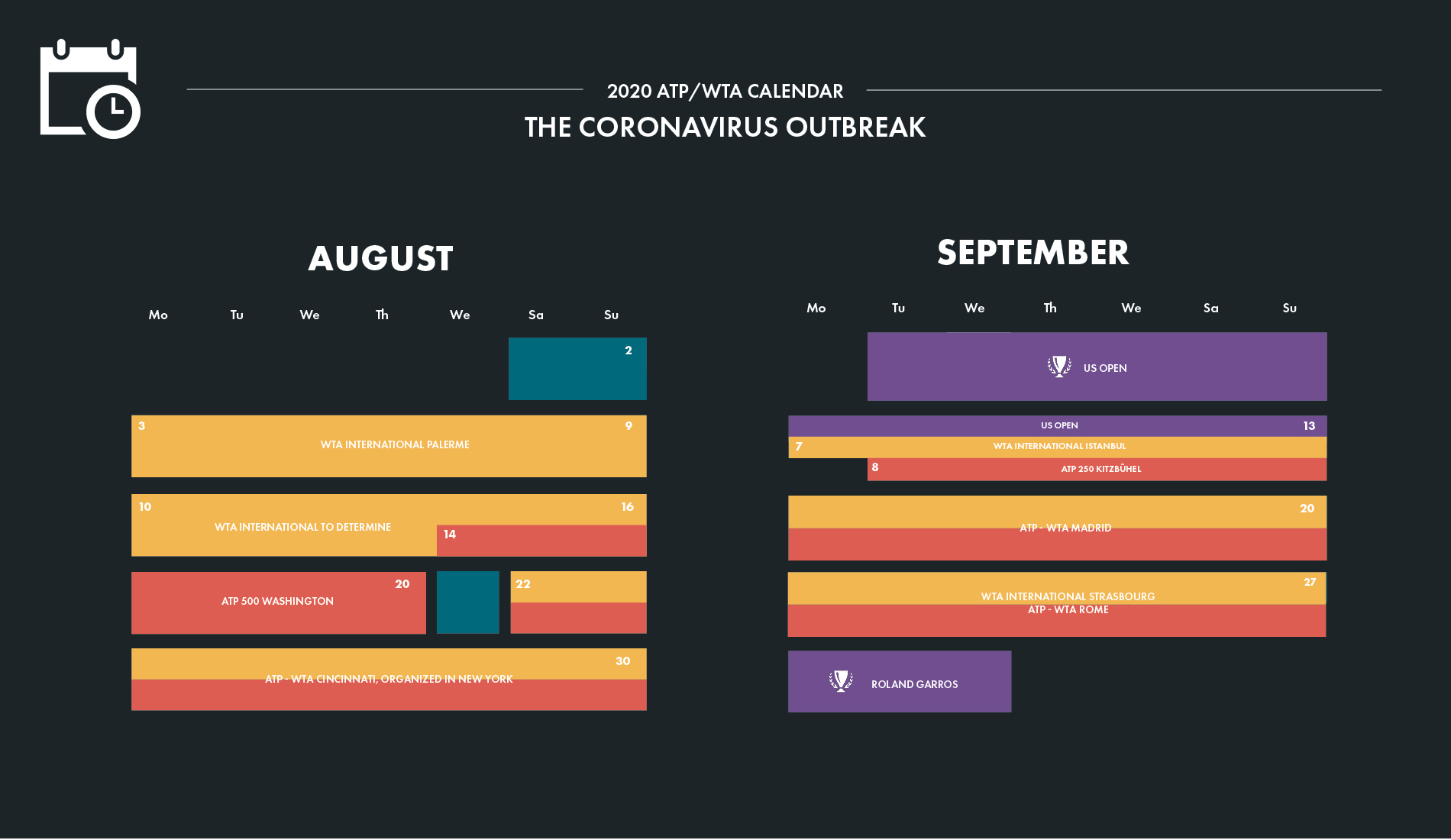 The ATP and WTA Tours announced June 17, 2020, that they will both resume in August, after almost five months of suspension due to the Covid-19 pandemic. Players have not played professional tennis since the week of March 8. The WTA Tour will be the first to start again, with the event in Palermo, Italy, starting on August 3, while the ATP will restart on August 14 with the Citi Open in Washington. The Cincinnati tournament will be held in New York, one week before the US Open!

Madrid and Rome before Roland-Garros