The Eye of the Coach is an exclusive video series by tennis mastermind Patrick Mouratoglou. Watch him explain why playing the US Open and Roland-Garros back to back is an incredible challenge. 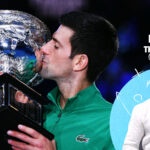 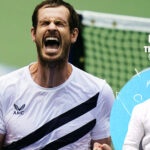 The American Grand Slam is scheduled from August 31th to September 13th, 2020, and Roland-Garros is scheduled one week later on September 20th. In our exclusive video program “The Eye of the Coach”, Patrick Mouratoglou observes that “it’s the first time in history that something like that is going to happen”.

Switching from hard courts to clay so quickly is the first challenge. “Here, we are talking about the differences of surface, the type of game you have to propose. Of course, it is going to be a big advantage for Nadal. Basically for all the Spanish players. Also for the Argentinian players and for the ones from South America, it’s going to be a big plus. Probably also for players like Stan Wawrinka or Dominic Thiem who are more “natural” on that surface than any other.”

“The Grand Slams will protect the best players”

The second thing to handle for the players and their coach will be the time difference between New York and Paris. “We have to talk about the time difference. Players are going to be really tired during the first days after the games (if they reach the second week in New-York). You cannot use those days to be ready. The best players are very protected in Grand Slams, they will be able to win a few matches. This week that is so short is going to end up being almost two weeks.”

“The Roland-Garros organisers are going to be smart. US Open semi-finalists won’t play before the first Wednesday of Roland-Garros. So there is much more equality. For the US Open winner, the ideal would be not to celebrate the win, just play the final and, if possible, take a plane straight away. Maybe the US Open has to adapt and play the final during the day to let the players be able to fly during the night and be in Europe on Monday morning. It would be really ideal.”