Every day Tennis Majors looks back at the biggest moments in tennis history. Today, we go back to 1973 to witness how the first-ever ATP ranking was published 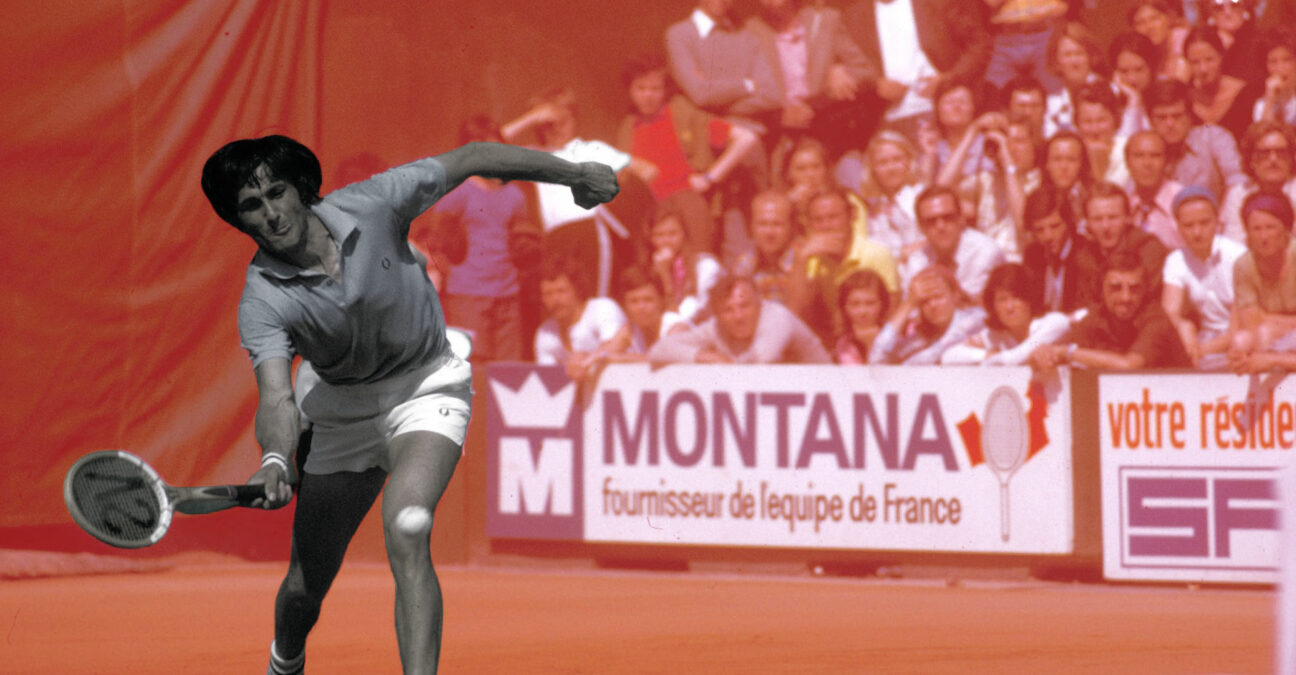 On this day, August 23, 1973, only a few weeks after more than 80 players boycotted Wimbledon, the first ever ATP ranking was published, with Ilie Nastase as its first No 1. This ranking quickly proved its value and was not only accepted as legitimate by the players and the press, but it became so iconic that the majority of today’s players grew up dreaming of being on top of the ATP ranking.

In 1973, five years after the beginning of the Open era, tennis players were progressively taking control of their own sport. The tension between players and traditional tournament organisers peaked at Wimbledon where in 1973, more than 80 players withdrew from the event to protest the exclusion of Niki Pilic. However, they were about to drop another bomb. In 1972, shortly after the creation of the ATP (the first union of tennis professionals), its board had started working on a ranking system. The idea was to rank players according to their results, to obtain a ranking which could reflect the real level of each player.

In fact, until then, there was no united ranking system, and every tournament appointed its own seeds and applied its own rules to accept players into its draw. As a consequence, local or popular players could sometimes enter draws without having the adequate level.  “The history leading up to the ranking system included a ‘star system’ as far as entries into the tournaments”, recalled Stan Smith, according to atpworldtour.com. “Some players would be on a list as players that could help sell tickets for the event and they would have priority over others in acceptance into tournaments. This caused great concern for those that didn’t have a big name and were borderline getting into events.”

The first-ever ATP ranking relied on an average system, with the points accumulated over a 52-week period divided by the number of tournaments played (minimum divisor of 12). On top of that, players were awarded bonus points for beating any seeded player, regardless of the round they scored the win.

In the following 12 months, from his office in California, Bob Kramer collected all the results he could. “Initially, we would receive results and draw sheets by postal mail,” he recalled.  “Sometimes we would have to telephone to verify that a tournament had even taken place!”

On Monday, August 23, 1973, he published the first “ATP International Player Rankings”, featuring 186 players, with Ilie Nastase as the first world No 1 in its history. Ironically, the Romanian was not one of the biggest supporters of this ranking system, where, according to his words “everyone has a number hanging over them”. At the start, the ATP rankings, once printed, were simply pinned in the locker rooms, which remained for a while the only way for the players to find out their ranking.

Although a few players, like Nastase, entertained a form of nostalgia for the good old days, the ATP rankings were a success, according to one of its founders, Charlie Pasarell:

“The ATP Rankings changed everything. In August 1973, the most deserving, qualified players that entered events regardless of their nationality were guaranteed participation. This was the biggest impact of the ATP Rankings to the worldwide tour.”

Stan Smith shared this opinion: “All the players were on the same page as to the importance of it for the game. It was perhaps the most important asset of the ATP as we established our union and helped a healthy growth of the game.”

In total, 11 editions of the ATP rankings would be published until the end of 1973, and all of them would feature Nastase as world No 1 (he would remain top until June 1974). The rankings would be issued more frequently each year until they were calculated on a weekly basis in 1979.