Every day, Tennis Majors takes you back to the biggest moments in tennis history. On December 1, 1991, Guy Forget beat Pete Sampras to give France their first Davis Cup title since 1932. 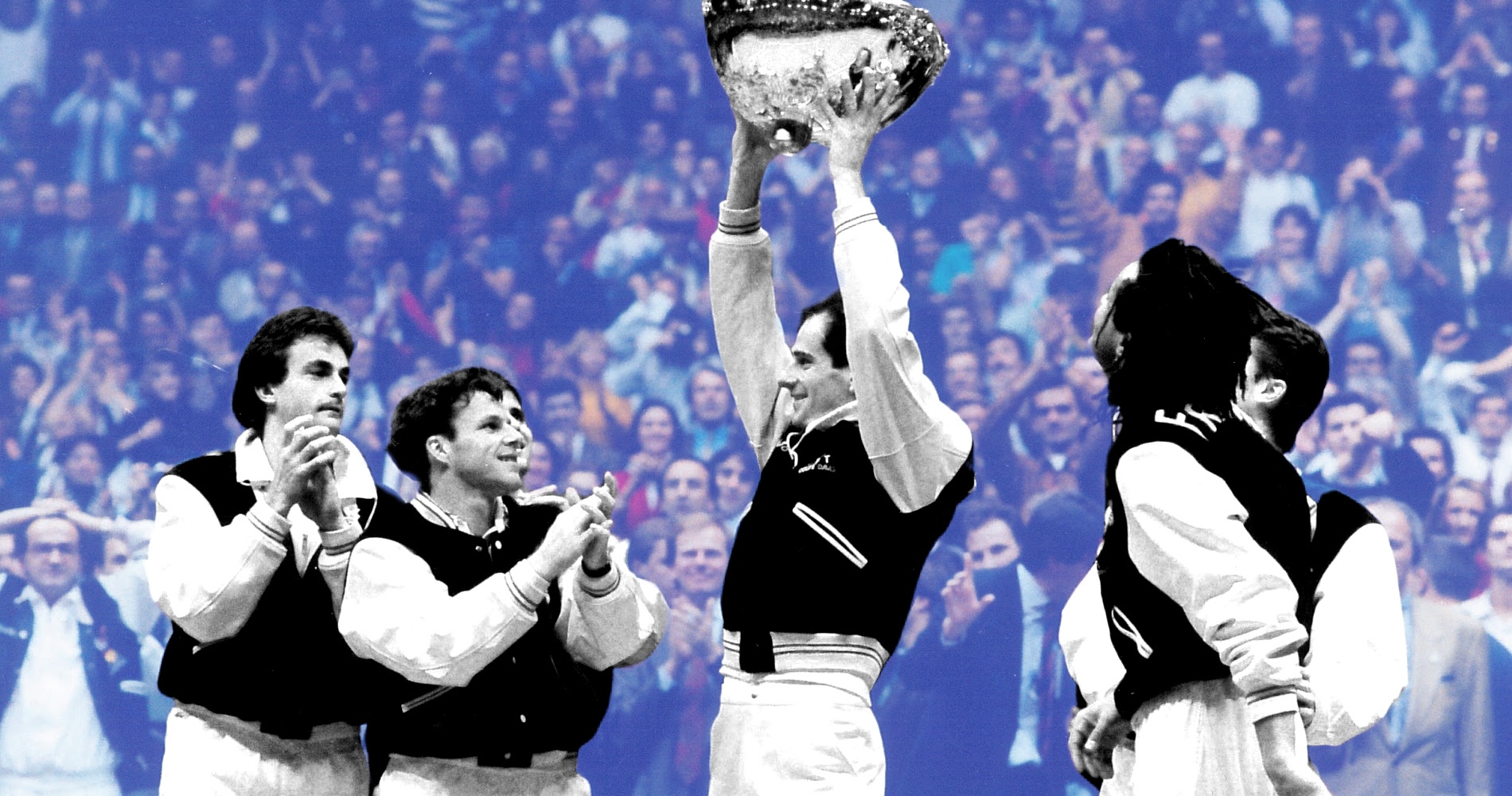 On this day, December 1, 1991, Guy Forget defeated Pete Sampras 7-6, 3-6, 6-3, 6-4 to give France their first Davis Cup title in 59 years. This long-awaited success was particularly memorable because it was achieved on French soil, at the expense of an American team which was a heavy favourite on paper. Yet Henri Leconte’s performance in singles on Friday, and both Frenchmen’s brilliance in doubles on Saturday, confirmed that in tennis, nothing is ever won on paper. For Forget, it was also a great way to end 1991, which was already by far the best season of his career.

Guy Forget was born in 1965. The French lefty, who played mainly serve-and-volley, won the junior title at Roland-Garros in 1982, just before turning professional. Until the end of 1990, he was a solid top 50 player in singles and he had obtained his most remarkable results in doubles, reaching world No 3 in 1986, the year he finished runner-up at Roland-Garros, partnering Yannick Noah. In 1990, he also won the Masters Cup, partnering Jakob Hlasek. His singles career took off in September 1990 when he claimed his third and by far most important title in Bordeaux, defeating Goran Ivanisevic in the final (6-4, 6-3). In 1991, he definitely changed categories. Not only did Forget reached the quarter-finals at both the Australian Open and Wimbledon (each time defeated by Boris Becker), but he triumphed in two Masters 1000 tournaments, each time defeating Pete Sampras in the final, the first time at Indian Wells (2-6, 7-6, 6-4) and the second time at Paris-Bercy (winning 7-6, 4-6, 5-7, 6-4, 6-4). Overall, he accumulated no fewer than six titles throughout the year, and he climbed as high as world No 4. In December 1991, he was world No 7. 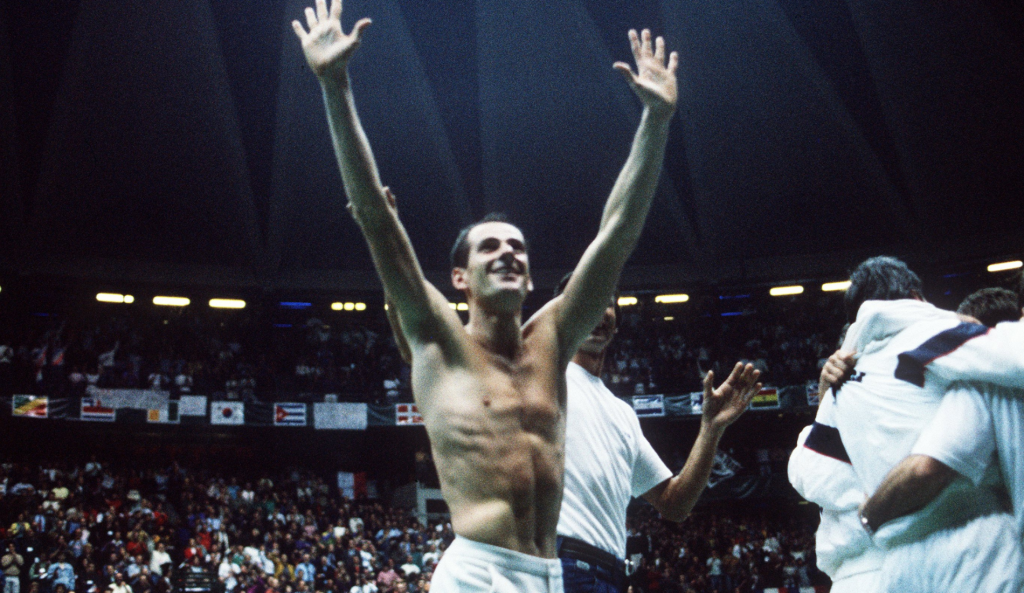 Pete Sampras was born in 1971. Although he was a part of a golden American generation, along with Andre Agassi, Michael Chang and Jim Courier, he was the last of them to become a top player. At the end of 1989, while his rivals had all claimed titles and achieved remarkable Grand Slam performances, Sampras was only ranked world No 81. In November that year, Ivan Lendl, the world No 1 at the time, invited him to his house to practice with him for 10 days; the young American then realised what kind of work ethics were required to become a champion. Six months later, he had already broken into the top 20 after having claimed his first two titles in Philadelphia and Manchester. In September 1990, he took the tennis world by surprise by becoming the youngest player to ever triumph at the US Open, defeating Agassi in the final (6-4, 6-3, 6-2). Thanks to this great win, he entered the top 10, but in the first half of 1991, Sampras struggled to confirm his new status. Since the beginning of the American summer, he had obtained better results, triumphing in Los Angeles, Indianapolis and Lyon, but he had lost his US Open title, defeated by Courier in the quarter-finals (6-2, 7-6, 7-6). A first title at the Masters Cup, where he took his revenge against Courier (3-6, 7-6, 6-3, 6-4), confirmed his improvement.

The 1991 Davis Cup final was held in Lyon, France, at the Palais des Sports de Gerland, an indoor venue which could host up to 8,000 spectators. The French team chose a fast indoor surface that matched the game style of their best players, especially Forget, who was world No 7 and had just won the Paris Indoor Open on a similar surface. 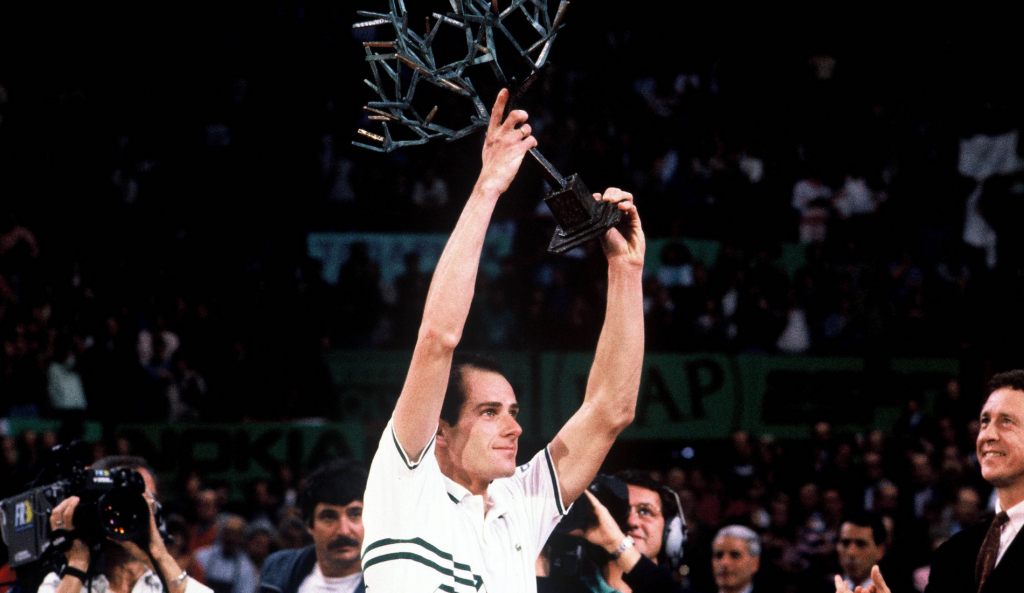 On Sunday, December 1, 1991, Forget faced Sampras with a unique opportunity, to give France their first Davis Cup title since 1932. The French team was not favourite on paper, but on Friday, after Forget had lost to Andre Agassi (6-7, 6-2, 6-1, 6-2), Leconte had stunned Sampras in straight sets (6-4, 7-5, 6-4). On Saturday, the two French lefties had pulled out an extraordinary performance to defeat Ken Flach and Robert Seguso, one of the best teams in the world (6-1, 6-4, 4-6, 6-2). Suddenly, the title was close at hand. On top of that, Forget had beaten Sampras in two important finals in 1991, in Indian Wells and Paris.
The pressure was high, and in the first set, both players relied on their serves and it went to a tiebreak. Sampras obtained a set point at 6-5, but Forget saved it with an ace and two points later, he took the first, 7-6. The American managed to win the second set, but, overwhelmed by pressure and struggling to return Forget’s serve (17 aces), he was outclassed in the next two sets, 6-3, 6-4. Straight after the match point, the Frenchman collapsed, overwhelmed by emotion, while his captain jumped over the net to hug him. Leconte couldn’t stop crying, while Forget told the audience that it was the “most beautiful day of his life”. The entire French team ended up dancing on court to a tune by Noah, “Saga Africa”.
“I don’t think the American team realized how much Davis Cup meant to the French team and public,” said Forget. “We have World Cup soccer, the Tour de France and Davis Cup, but in America, they have 10 different things more important than Davis Cup.”

Of course, Sampras was not as excited about life after this awful weekend. In 2009, in his autobiography, A Champion’s mind, this is how he would recall the event: “The explanation for this disaster seems simple. I was the wrong man for the job. And to this day, whenever anyone brings up that tie in Lyon, I just shrug, grin, and tell them “Wrong man for the job”. I don’t want to blame (Tom) Gorman (the USA captain), or anyone else, but the one thing that was painfully clear by the end of the final against France was that Pete Sampras, a raw youth, was completely unprepared for the demands of Davis Cup play. He was the wrong man for the job.”

The 1991 Davis Cup title would remain as one the most memorable achievements in the history of French sport. In 1996, the French team, with Noah as the captain and Forget playing in doubles, would win the Davis Cup again, defeating Sweden in the final. Forget would later triumph in the competition as the captain, in Australia, in 2001. France would then go 16 years without the title, until 2017, after Noah was called back to lead the team.

Pete Sampras would recover from his French nightmare, and, as great champions do, he would learn from his losses to rise higher. In his autobiography, he would explain that his struggles against the lefties in Lyon pushed him to change his return position. “The results were remarkable; I think I won my next 32 matches against left-handers. I shudder to think how different my rivalry with Goran Ivanisevic, another lefty, might have turned out had I not changed my receiving stance.”