On this day in tennis history, a teenager made his Davis Cup debut for the USA against Paraguay. Find out what happened. 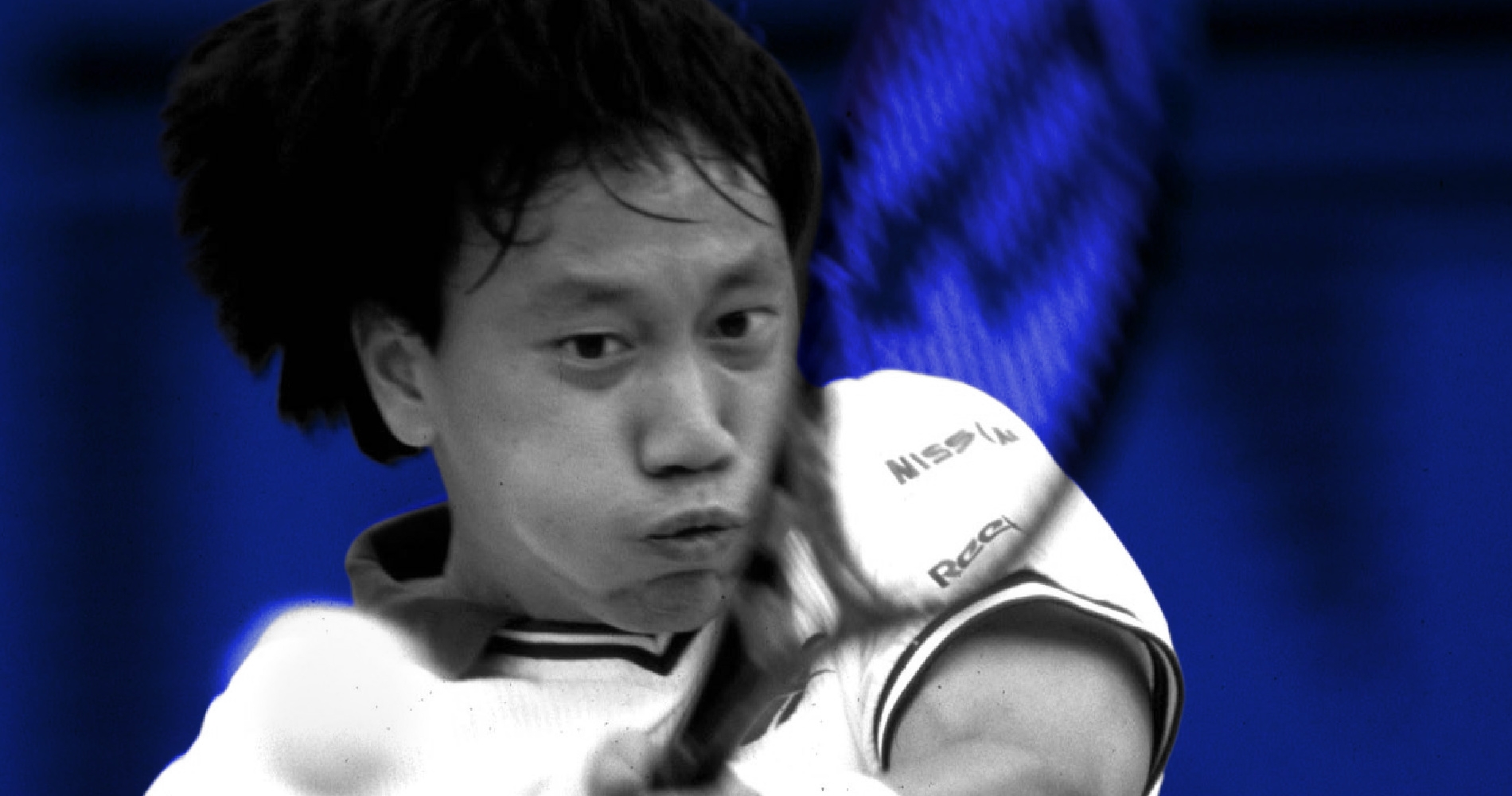 On this day, February 3, 1989, Michael Chang, three weeks before his 17th birthday, made his Davis Cup debut in the first-round tie against Paraguay and became the second youngest player to play under the American flag (the youngest being Wilbur Coen, in 1928). On this special occasion, the teenager defeated the experienced but out of practice Victor Pecci, a former Roland-Garros runner-up (6-7, 6-3, 6-4, 6-2), and played one of the first tie-breaks in the history of the Davis Cup, as it was introduced for the first time in 1989. 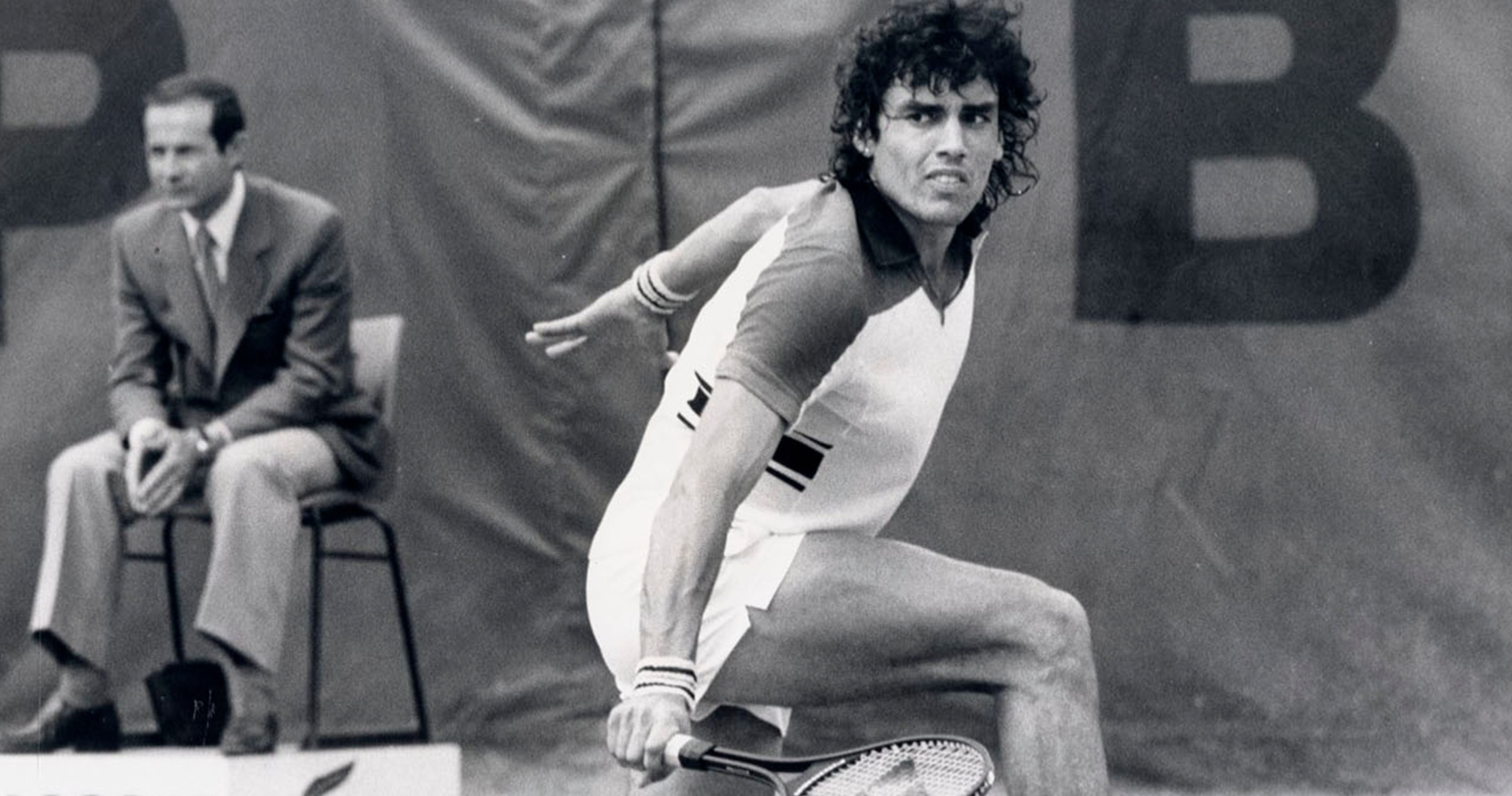 Victor Pecci, born in 1955, was the greatest tennis player in the history of Paraguay. He claimed his first title in 1977, in Madrid (defeating Eric Deblicker in the final, 7-5, 7-6, 3-6, 2-6, 6-4), but his career peaked at the turn of the 1970s. In 1979, he achieved the feat of defeating consecutively Guillermo Vilas and Jimmy Connors to reach the Roland-Garros final, where he was defeated by the Swedish legend, Bjorn Borg (6-3, 6-1, 6-7, 6-4). In March 1980, he reached his highest ranking as world No 9, and in 1981, he had another great run at the French Open, where he made his way into the semi-finals, defeated once again by Borg (6-4, 6-4, 7-5). Throughout the 1980s, he led his national team to some great upsets, defeating Ivan Lendl’s Czechoslovakia in 1983, Yannick Noah’s French team in 1985, and the United States in 1987. All these wins were claimed in Paraguay in an ambiance similar to a football match. In February 1989, he hadn’t competed on the Tour for more than a year, suffering from pain in his back and his knees, and he had left the ATP rankings.

The 1989 Davis Cup first-round tie between the United States and Paraguay was held in Fort Myers, in Florida, at the Sonesta Sanibel Harbour Resort, which could host 5,500 spectators.

When the United States faced Paraguay in the first round of the 1989 Davis Cup, they had a revenge to take upon the South American team.

Two years before, in the 1987 edition, the American team had been defeated in Paraguay, losing its spot in the World Group after a tie plagued by death threats, and at the end of which Jimmy Arias was almost hit in the head with a brick.

“Hopefully, in the future, they (Paraguay fans) can just be civilised. I don’t ask them to be polite, just civilised,” said Andre Agassi, according to upi.com.

In the opening match, Michael Chang, 16 years old but already world No 29, was to make his Davis Cup debut against veteran Victor Pecci. The 1979 Roland-Garros runner-up had not played on the Tour since the end of 1987, but he had made a Davis Cup appearance in 1988 against New Zealand, winning in singles and doubles to maintain Paraguay in the World Group.

The more experienced player clinched the first set, 7-6. It was one of the first tie-breaks ever played in the Davis Cup, as that rule was being used for the first time in the 1989 first round (in the other ties, four other tie-breaks were played in the openers). Pecci tried to prevent Chang from finding his pace by attacking the net relentlessly, but the slow surface made it hard for him to remain successful once the young American had sharpened his passing shots. Perhaps also the Paraguayan had trouble focusing, distracted by the news, as the Government of President Alfredo Stroessner had been overthrown the night before. Pecci denied having been troubled by the news (“when you play tennis, you have to forget everything, and that’s what we try to do.’”) – nevertheless, 16-year-old Chang prevailed in four sets, 6-7, 6-3, 6-4, 6-2).

“Davis Cup is unlike anything else in the tennis world,” said the teenager. “You go out there and the crowd cheers and it makes you feel good … and more nervous. If I can handle the pressure of the Davis Cup, I can handle any pressure I’ll find on the tour.”

In the second match, Agassi would easily defeat Hug Chapacu (6-2, 6-1, 6-1), and, after Flach and Seguso would win the doubles the following day, the 1987 loss would be avenged.

Michael Chang was right when he said that after handling the Davis Cup pressure, he would be ready to face any kind of pressure on the Tour. A few months later, at Roland-Garros, he would triumph, to general astonishment. He would make himself famous in the fourth round, upsetting world No 1 Ivan Lendl, after coming back from two sets to love and overcoming cramps in the fifth set. In this last set, he would play with Lendl’s nerves by making the unforgettable underarm serve and by pushing him to double fault on the match point, waiting for his second serve just behind the service line. He would go on to beat Stefan Edberg in the final, defending 10 break points in the fourth set (6-1, 3-6, 4-6, 6-4, 6-2).