Iga Swiatek is bidding to become a back-to-back French Open women’s singles champion for the first time since Justine Henin in 2006 and 2007. Simon Cambers of Tennis Majors recently caught up with the red-hot Pole. 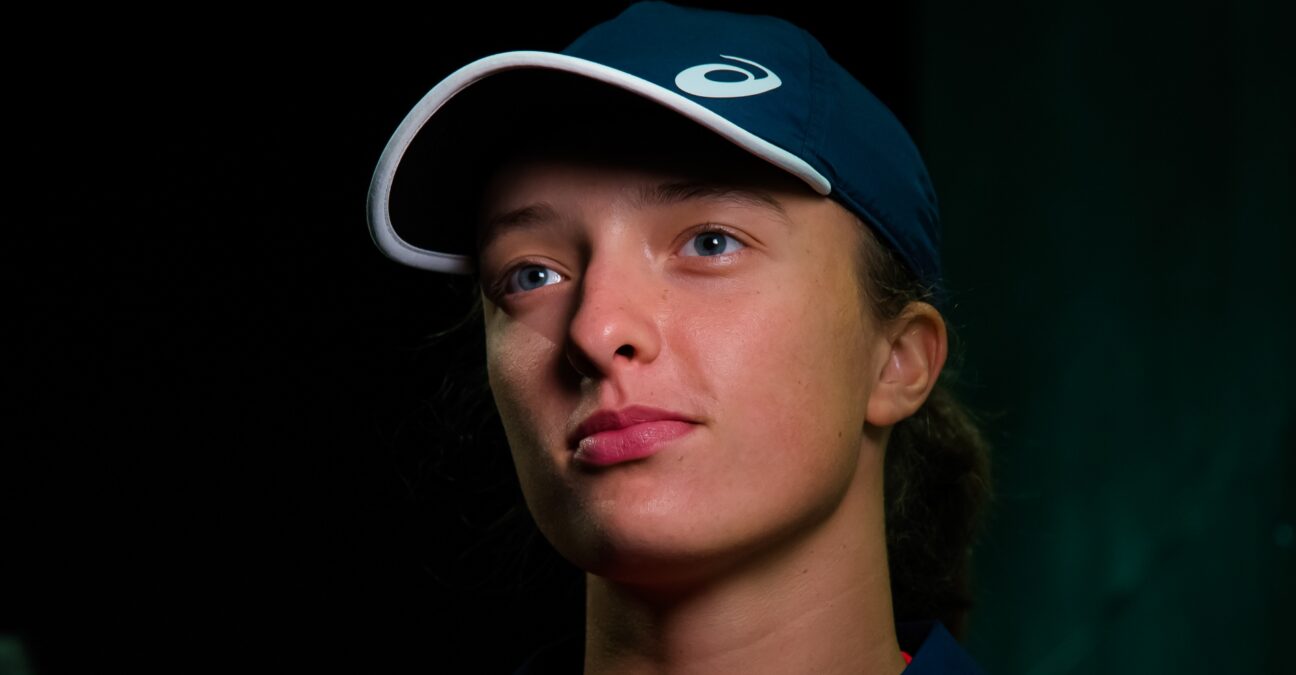 Iga Swiatek caused one of the biggest surprises in recent tennis history when she marched all the way through the draw to win her first Grand Slam title at Roland-Garros eight months ago.

The Pole, then still a teenager, didn’t drop a set as she breezed to victory — upsetting former champion Simona Halep along the way and then beating Sofia Kenin in the final.

Eight months later, after victory in Adelaide at the beginning of the year and then on clay in Rome last month, Swiatek is one of the favourites for the title. She is into the third round after erasing Rebecca Peterson of Sweden 6-1, 6-1 on Thursday.

Justine Henin, in 2006 and 2007, was the last woman to successfully defend the Roland-Garros title.

While Mats Wilander, the three-time champion, said on the eve of the event that he felt Swiatek would handle being the defending champion well, Swiatek told Tennis Majors that Roland-Garros in 2021 felt very different to when she won last October.

“I’m playing as the defending champion”

“It’s really hard to compare those two tournaments because I’m not an underdog anymore,” the 20-year-old said on Wednesday. “I’m playing as the defending champion and it is giving me some pressure. So I’m just trying to do the same things but you always have in the back of my mind, that’s something that’s different.”

In October, the players were in an even stricter Covid-19 bubble than they are this year, with no time allowed outside the hotel other than their journeys to and from the tournament site.

Swiatek said the pandemic had made things even more difficult and that the job of her sports psychologist, Daria Abramowicz, was even more important this time round.

“Last year was pretty hard because, you know, everybody’s preparing for bad times,” she explained. “I don’t know your mood when you’re losing but actually, I feel it was really hard to prepare for success, especially when it was so unpredictable. So, after Roland-Garros, it was pretty tough. Right now we are also working on the expectations and with the pressure that I have right now, so are we trying to keep that away from me. I just want to focus on small stuff and just play tennis. So she’s helping me with that for sure, because it’s hard to do it on your own.”

A practice with Nadal

Just as she did last year, Swiatek is playing doubles at Roland-Garros — this time with Bethanie Mattek-Sands — a way to maintain rhythm on her days between singles matches. But the best way for Swiatek to stay relaxed has been doing the things she loves, like practising with her idol, Rafael Nadal, for the first time on the eve of the event.

Nadal did not seem to be holding back, either, and Swiatek said she was proud of how she did.

“That was that was really cool,” she said. “I was actually surprised that he’s like playing at full speed – I don’t know if it was full speed, because when you are looking from different perspective it is always different, but it was really cool.

“I was kind of surprised that I can handle it, you know, because when you back out, you can actually use the speed of the ball and heaviness. But we were just playing from the middle. If he would spread the ball to the corners, I think it would be crazy and I wouldn’t be able to play anything. But that was a pretty nice experience.”