Here is everything you need to know about the plans so far for the 2021 edition of Roland-Garros, from the scheduled dates to broadcast details 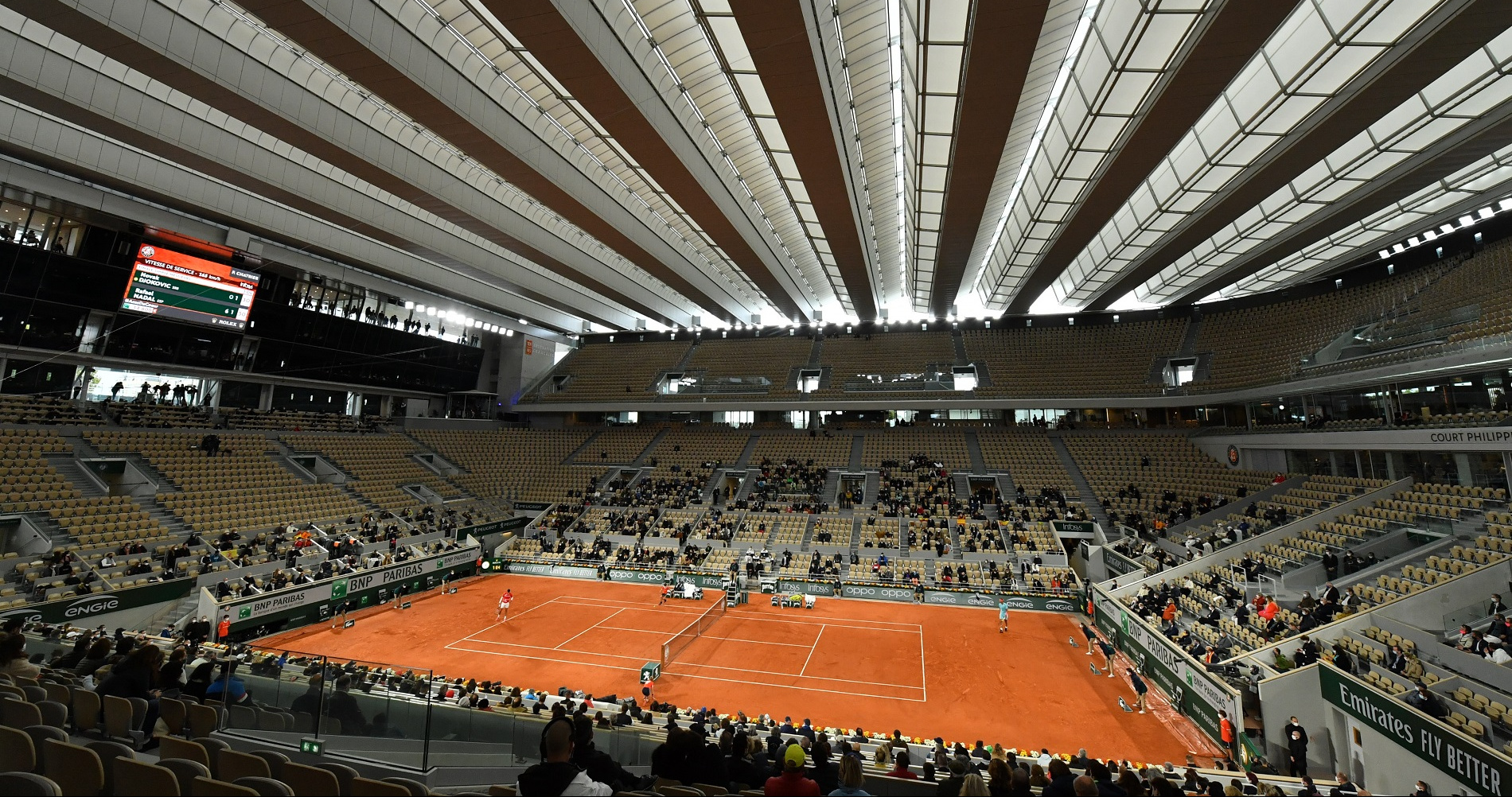 When will Roland-Garros 2021 take place?

The 2021 edition of Roland-Garros is scheduled to take place from May 30 to June 13. In April 2021, the French Tennis Federation announced that the tournament had been pushed back one week from its usual spring slot due to the lockdowns and regulations in force across France. That means that the 2021 edition will take place seven months after the 2020 edition, postponed to autumn 2020 because of the coronavirus crisis.

Here are all the other 2020 champions:

How can I get tickets for Roland-Garros?

Tickets for the tournament have been on sale since early May. Organizers plan to allow just over 5,000 fans in per day for the first few days of the event, with no attendees permitted at the night matches until June 9 due to a coronavirus-imposed curfew. From June 9, there will be 5,000 fans allowed into Court Philippe-Chatrier, with another 5,000 on Court Suzanne-Lenglen to watch the matches on a big screen.

The most reliable source of information on ticket prices and conditions is the ticketing tab of the official Roland-Garros website, rolandgarros.com.

Will there be night sessions at Roland-Garros in 2021?

Yes. This is the innovation of Roland-Garros 2021 – the “evening sessions”, confirmed in a press release published on Sunday, October 12 on the Roland-Garros site.

How will these night sessions be organised?

From Monday of the first week until the end of the quarter-finals on Wednesday of the second week, ten matches – one per day – will be scheduled on Court Philippe-Chatrier, with play starting at 9pm.

Serena Williams will take part in the first-ever night session match on Monday, May 31 at Roland-Garros.

“Spectators will be assured that they will see the day’s top-billed stars, ladies or gentlemen, and the privilege of feeling the emotions of a spectacle intensified by nightfall,” said the organisers.

There were rumours that these night matches would be reserved for the men’s singles, so as to guarantee three sets of play rather than a possible minimum of two sets if a women’s match was showcased. However, the organisers have denied it, and explained that the decision will be made by “the head tournament umpire” based on the draw and the matches available to select.

Guy Forget later suggested that in the early rounds, with the seeds likely to progress in fairly routine fashion, a men’s match would be likely to get the “match of the day” slot in the evening to ensure viewers got value for money.

“The first rounds for the seeds are often one-sided matches…even if Nadal wins 6-1, 6-2, 6-3, he will play for one hour 45 minutes or two hours. If it’s 6-1, 6-1 for women, it can last 40 minutes…If, at some point, there is a women’s game that is a great confrontation, it could be the game of the day, the one that people want to see as a priority.”

Also new for these night matches will be the entry of the players – there are no more details yet but the plans are described as “unprecedented”.

Are these night sessions reserved for Court Philippe-Chatrier only?

Yes. Three matches will be scheduled there in “day sessions”, a single match in “evening sessions”. As at the Masters 1000 at Paris-Bercy, there will be two separate tickets: one for the day sessions, one for the last match.

Weren’t there night matches at Roland-Garros 2020?

Meetings like Clara Burel’s first round against Arantxa Rus (ending at 12:10am) or the quarter-final between Rafael Nadal and Jannik Sinner (ending at 1:26am) finished well after midnight, but they weren’t, strictly speaking, night sessions. Due to the rain plus the length of previous matches, often games were able to end well after dark with the use of lighting on 12 of the 14 courts available this year.

Where can I watch Roland-Garros 2021?

France Télévisions and Amazon Prime, a video-on-demand service, will broadcast Roland-Garros in France for the period from 2021 to 2023. This all means that Eurosport will not broadcast the 2021 edition for the home country for the first time in 27 years – although it still has rights across Europe, including in Britain.

In the UK, matches will also be broadcast on ITV4. In the USA, NBC hold the rights, with TSN and RDS showing it in Canada, and Fox Sports in Australia.

Will all 16 courts of the stadium complex be used?

Yes. In 2020, the parties were able to compete over 14 courts, with courts 6 and 8 under construction. Unless there is a delay, these two courts will be finished by 2021 and it will be possible to play on all 16 courts.

Will there be a roof on other courts as well as Court Philippe-Chatrier?

Yes, but not from 2021. Court Suzanne-Lenglen court, the second largest court with 10,000 seats, should be fitted with a roof ready for the Olympic Games in Paris in 2024. The construction was designed as “a tribute to Suzanne-Lenglen, and the pleated skirt that she put forward at the time. The roof will unfold with lightness and delicacy in a solid setting,” architect Dominique Perrault told Figaro.

Will Roland-Garros 2021 definitely take place without any interruptions?

No one can guarantee anything in the current health situation, but the FFT wants to be confident. The health situation did not allow the tournament to welcome as many spectators as they hoped in 2020: just 1,000 daily spectators as opposed to more than 30,000 usually. Bernard Giudicelli, the president of the FFT, said recently: “We don’t have a crystal ball…we move forward in uncertainty.”