After earning two top 30 wins and winning the Palermo title, France’s Fiona Ferro has cracked the WTA’s Top 50 for the first time. Here are 10 things that you might ask about the rising Frenchwoman. 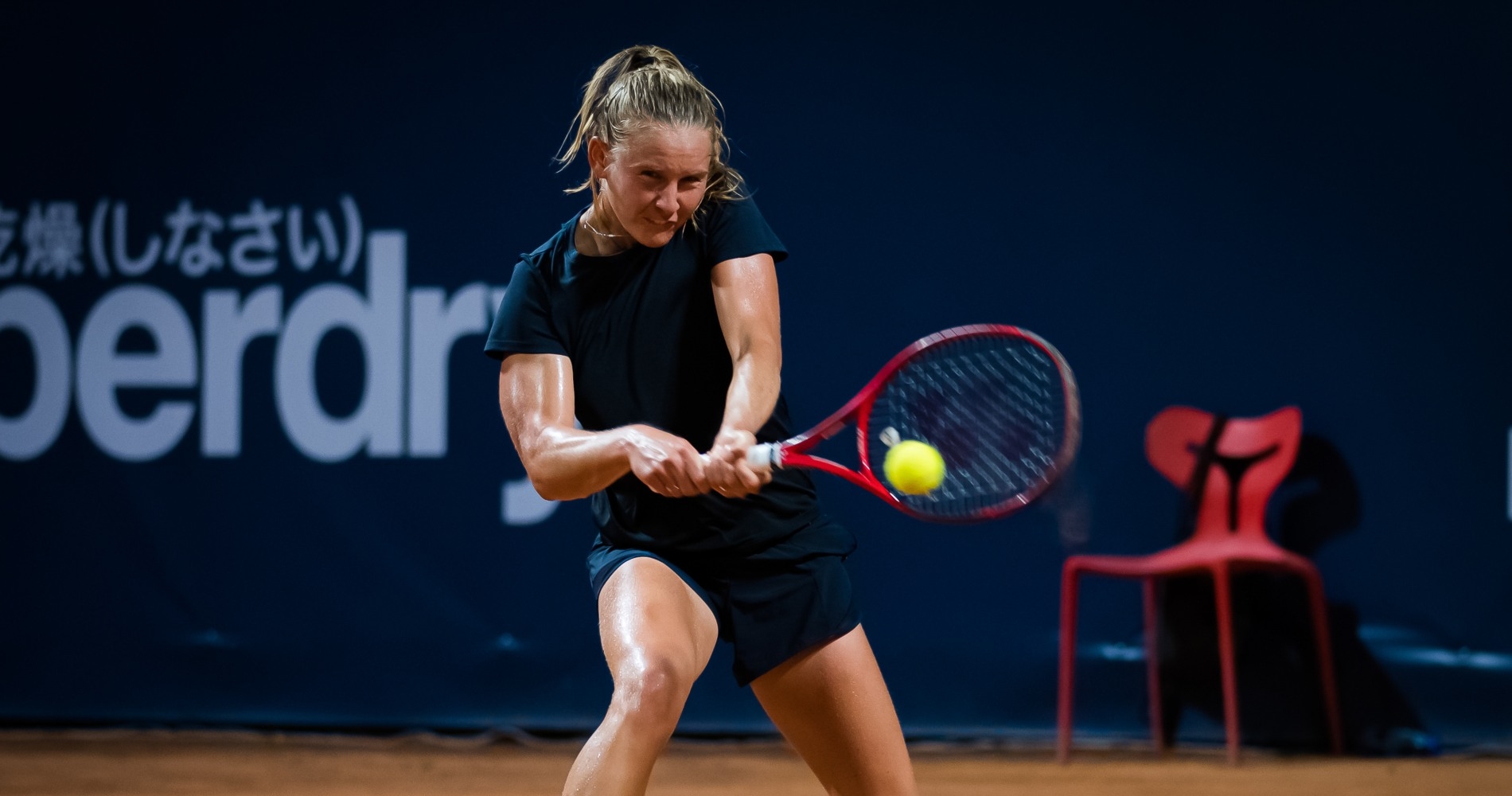 The Frenchwoman has elected to skip New York, likely to focus her efforts on Roland Garros, as clay is her preferred surface.

Where is Fiona Ferro from?

Fiona Ferro was born on March 12, 1997 in Libramont-Chevigny in Belgium, but she has triple French, Belgian and Italian nationality (on her father’s side). She has been a member of the French Fed Cup team since 2019, when she won the title alongside her compatriots Alizé Cornet, Caroline Garcia, Kristina Mladenovic and Pauline Parmentier. At 23, Fiona Ferro has just won the second individual trophy of her career in Palermo.

The Frenchwoman is 5’7” tall, according to her official WTA profile. Her weight is not listed.

Catherine, her mother, is Belgian and married to Fabrizio, a Franco-Italian father. Her parents owned a restaurant in Belgium which they left to settle in the south of France and manage two hotels. Fiona Ferro also has three brothers (Gianni, Paolo and Flavio) whose two eldest have followed in their parents’ footsteps and run an Italian restaurant in Valbonne, in the Alpes-Maritimes.

Who is Ferro’s coach?

While she stagnated around the 250th place in the WTA ranking, Fiona Ferro decided in 2016 to leave the coach of her formative years, Pierre Bouteyre, to move to Paris. She then settled at the National Training Center, where she worked with Georges Goven, then Stéphane Huet, as well as a physical trainer and a mental trainer. Then, in December 2019, she separated from Stéphane Huet to start a collaboration with Emmanuel Planque, former coach of Corentin Moutet and Lucas Pouille.

Thank you @simonahalep for those pre season practices ! Always a privilege to play with champions like you. By the way I’m very happy to announce my collaboration with Emmanuel Planque. Looking forward to our next challenges 💪

Fiona Ferro played her first match on the WTA circuit in 2014, at Strasbourg, where she was eliminated in the first round by the Ukrainian Yuliya Beygelzimer. A few months later, Ferro received a wild card to enter the main draw at Roland-Garros and then played her first Grand Slam match. Facing Sabine Lisicki (6-1, 7-5), 17th player in the world at the time, she fell at the first hurdle.

What is her favorite surface?

The clay is where the Frenchwoman has had the most success. It is on this surface that Fiona Ferro has won her two WTA titles. The first at the Lausanne International (Switzerland) in 2019, beating Alizé Cornet in the final (6-1, 2-6, 6-1). Then, the second in Palermo (Italy) in 2020, by defeating the Estonian Anett Kontaveit (6-2, 7-5) for the first tournament of recovery after the containment due to the Covid-19 pandemic. 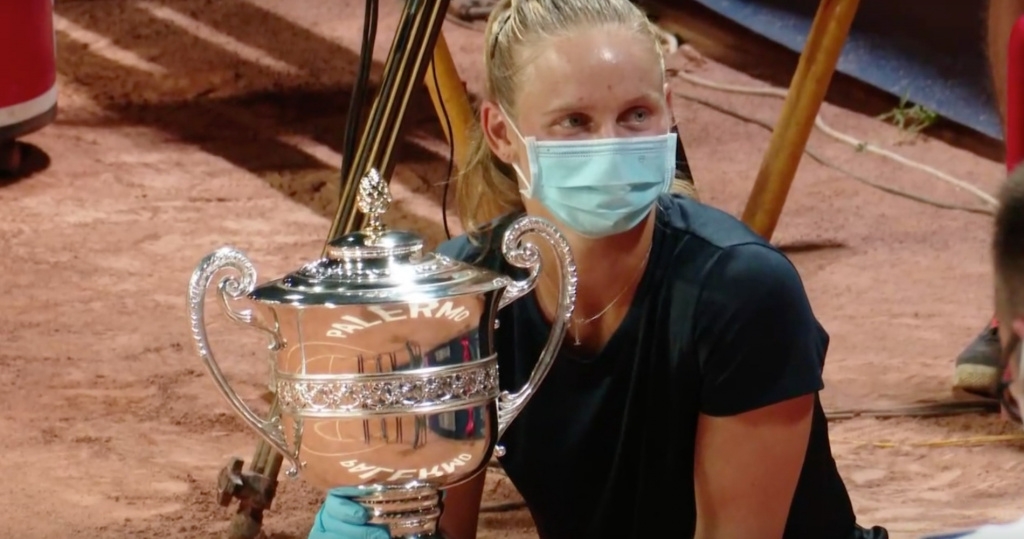 What were her best performances at Grand Slams?

Who is her nemesis on the circuit?

In six matches, Fiona Ferro has won only once against the Chinese Wang Qiang. It was in 2019 in Strasbourg, in their only match on clay (6-7, 6-3, 6-3). In three of the pair’s other five meetings, the Frenchwoman was stopped by the current 29th player in Grand Slams: in the first round at the Australian Open in 2019, in the third round at the US Open the same year, and finally in the 2nd round in Melbourne again in 2020.

What did she do during the lockdown?

In an interview given to the French newspaper L’Equipe on March 23, in full confinement, Fiona Ferro explained what were the rather favorable conditions in which she spent the confinement.

“I am in the south of France, with my parents, in Valbonne (Alpes-Maritimes). When I returned from Indian Wells, I had planned to spend a few days there and when confinement was announced, I stayed there. We have a clay tennis court, so I can continue to train.”

Is Ferro on social media?

Yes, the Frenchwoman has 8,300 subscribers on Instagram. It is also on this platform that she decided to offer several physical training and muscle building sessions to her fans, in order to provide inspiration during confinement. And of course there is this photo of Ferro and Emmanuel Macron.