Iga Swiatek: Roland-Garros champion, Guns N’Roses and the most beautiful point on tour… 10 facts you need to know about the Pole 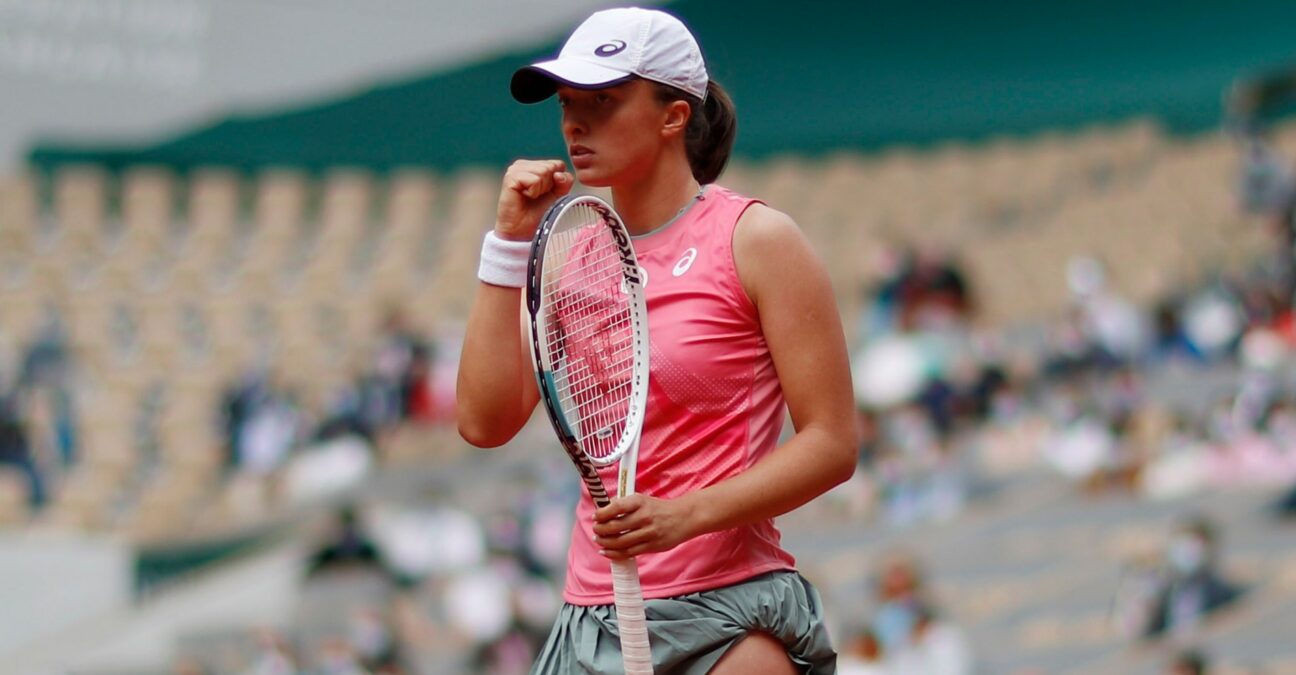 Where and when was Iga Swiatek born?

Iga Swiatek was born on May 31, 2001 in Warsaw. She still lives not far from the Polish capital, in the small town of Raszyn.

How tall is Iga Swiatek?

How is her name pronounced?

Please note, a little subtlety: with the specific characters of the Polish alphabet, the name of the 19-year-old is written Świątek. The “Ś” is pronounced “ch” and the “ą” corresponds to the sound “on”. Therefore, we must say “Shviontek”.

What do we know about Iga Swiatek’s family?

Iga’s father, Tomasz Swiatek, rowed at a high level and even competed in the Seoul Olympics (1988) in the four-scull category. Iga also has an older sister, Agata, who is three years her senior.

To imitate her big sister … and also to try to beat her. Agata briefly burst onto the ITF junior circuit at the age of 15, before hanging up the racket with recurring injuries.

Who is Iga Swiatek’s coach?

Iga Swiatek has been trained by her compatriot Piotr Sierzputowski since 2016. She also works with Daria Abramowicz, a sports psychologist who allows her to progress her mental side. Swiatek hailed the influence of Abramowicz after her stunning run to the title at Roland-Garros.

What are the most significant moments of Iga Swiatek’s career?

Iga Swiatek won the first professional tournament she attended, in Stockholm in 2016 but until Roland-Garros 2020, she had not won a WTA Tour-level title.

In Paris in 2020, she skipped a few rungs on the ladder to become a Grand Slam champion, beating world No 1 Simona Halep in the fourth round and Australian Open champion Sofia Kenin in the final to take the title in one of the biggest surprises in recent history.

In February 2021 Swiatek captured her very first hard court title at the Adelaide Open, defeating Belinda Bencic, in the final 6-2, 6-2.

She was also a prolific junior, winning the girls doubles title at Roland Garros and then the singles title at Wimbledon in 2018. That same year, the Pole also won the gold medal in doubles at the youth Olympic Games in Buenos Aires, in the company of Kaja Juvan.

Iga Swiatek was also acclaimed by fans for having, according to a vote organised by the WTA, scored the most beautiful point of the year in 2019 (second clip in the video below).

How much are her tournament earnings since the start of her career?

According to the official WTA website, Iga Swiatek has grossed more than $4 million, as of August 2021

What kind of music does Iga Swiatek listen to?

Iga Swiatek is a big fan of rock, and in particular of the American group Guns N’Roses. She also listens to songs from even more “old school” bands, such as AC / DC or Pink Floyd. More recently, she has been listening to and learning about jazz.