Three weeks after being double-bagelled by Victoria Azarenka in Rome, American Sofia Kenin has shown she has the mental resilience of a Grand Slam champion. 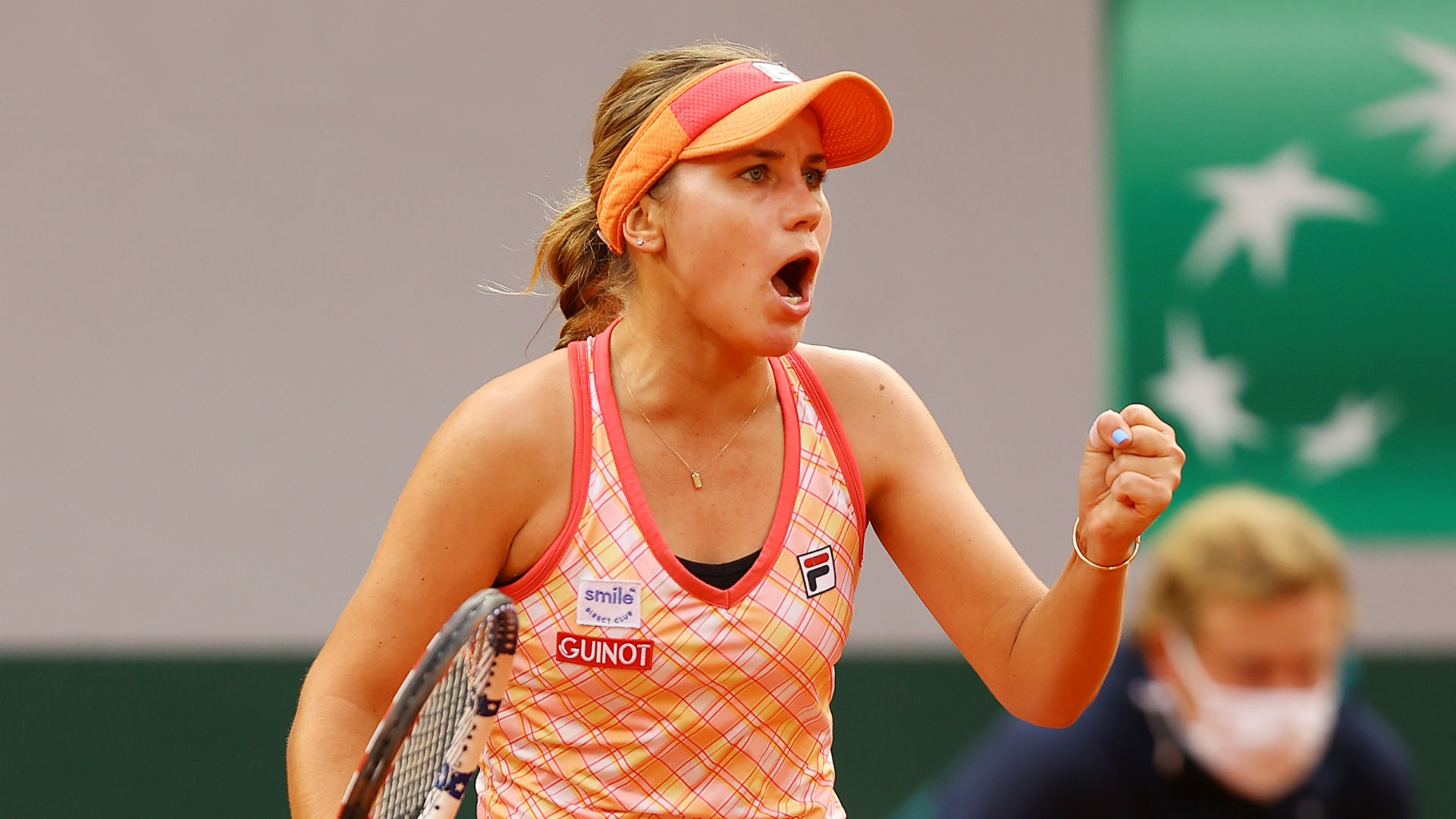 It is less than three weeks since Sofia Kenin lost 6-0, 6-0 to Victoria Azarenka in the second round in Rome, a shocking scoreline that few would have predicted. Fewer still would have thought that Kenin would find herself in the final at Roland-Garros, with a golden chance to win her second Grand Slam title of 2020.

The transformation from a player who could not win a game to one who stands on the verge of a second slam title is little short of remarkable. After struggling through her first two matches at Roland-Garros, the 21-year-old has improved with every round and in her semi-final win over Petra Kvitova, she showed the kind of tennis and mental resilience that took her to the title in Melbourne at the start of the year.

With some players, it is obvious to see their strengths. Think Serena Williams, all power and competitive spirit; Victoria Azarenka, all intensity. With others, like Kenin, the whole is more than the sum of the parts.

“Her game is not (obviously) impressive,” Patrick Mouratoglou, the coach of Serena Williams, said on Tennis Majors’ new show, The French Insider. “If you see her play first round and you don’t know who she is, you would never say, ‘Oh, she’s going to win the grand slam’, because nothing is (obviously) impressive.

“But what she does great is accuracy. She’s playing extremely close to the baseline, very deep, very good zones all the time. She’s extremely difficult to attack. Whenever she has an opportunity, she redirects the ball so well. And she has this quality that not many players have, a lot of players are unable to put the opponent out of position when you play deep in the middle; for her it’s absolutely no problem. If you play deep in the middle against her she will find the best possible zones, a bit short, and fast and put the opponent immediately in trouble, then on the next shot she plays in the opening.

“If you play a shot that is not putting her in trouble, she immediately takes an advantage on you and when you move her, if you don’t really hurt her, she takes advantage of the angle and pace you give to her because she uses the opponent’s pace so well. So that makes her very difficult; not (obviously) impressive but a great player but a player who’s extremely good in the big moments in big matches.”

It would be easy to argue that Kenin has benefited from an “easy” draw at Roland-Garros. Kvitova was the only seeded player she has faced so far and she’ll be playing world No 54 Iga Swiatek of Poland for the title on Saturday. The same thing happened in Australia this year, when world No 1 Ash Barty was the only seed she faced en route to the title. At the US Open last month, she beat Ons Jabeur, the No 27 seed, but then lost to Elise Mertens, the No 16 seed.

But to suggest she has not had to face anyone of note would be churlish. In Australia, she beat Martina Trevisan in round one (a quarter-finalist at Roland-Garros), then Coco Gauff, Jabeur and Barty to reach the final and though Garbine Muguruza was unseeded, the Spaniard is a two-time slam winner who has already bounced back up the rankings to her current spot of No 15.

The former British player Tim Henman, who made the semis in Paris in 2004 and was ranked a career-high No 4 the same year and who is working for Eurosport during Roland-Garros, said beating the person across the net is all that matters.

“It’s a sign of these great players when you can win not playing your best,” he said. “That’s what I think some people fail to realise, sometimes, in a sport like tennis, it’s not about playing perfect tennis, it’s just about being better than one player on a given day.”

Her game is rock solid. Her serve is sound, if not a weapon, her backhand, especially cross-court, is outstanding, her forehand a threat and her movement is as good as anyone’s, even on clay, where she initially had trouble getting to grips with sliding. She can get angry, throw her racket and she marches around the court between points like she’s in an angry hurry, but Kenin is mentally strong. 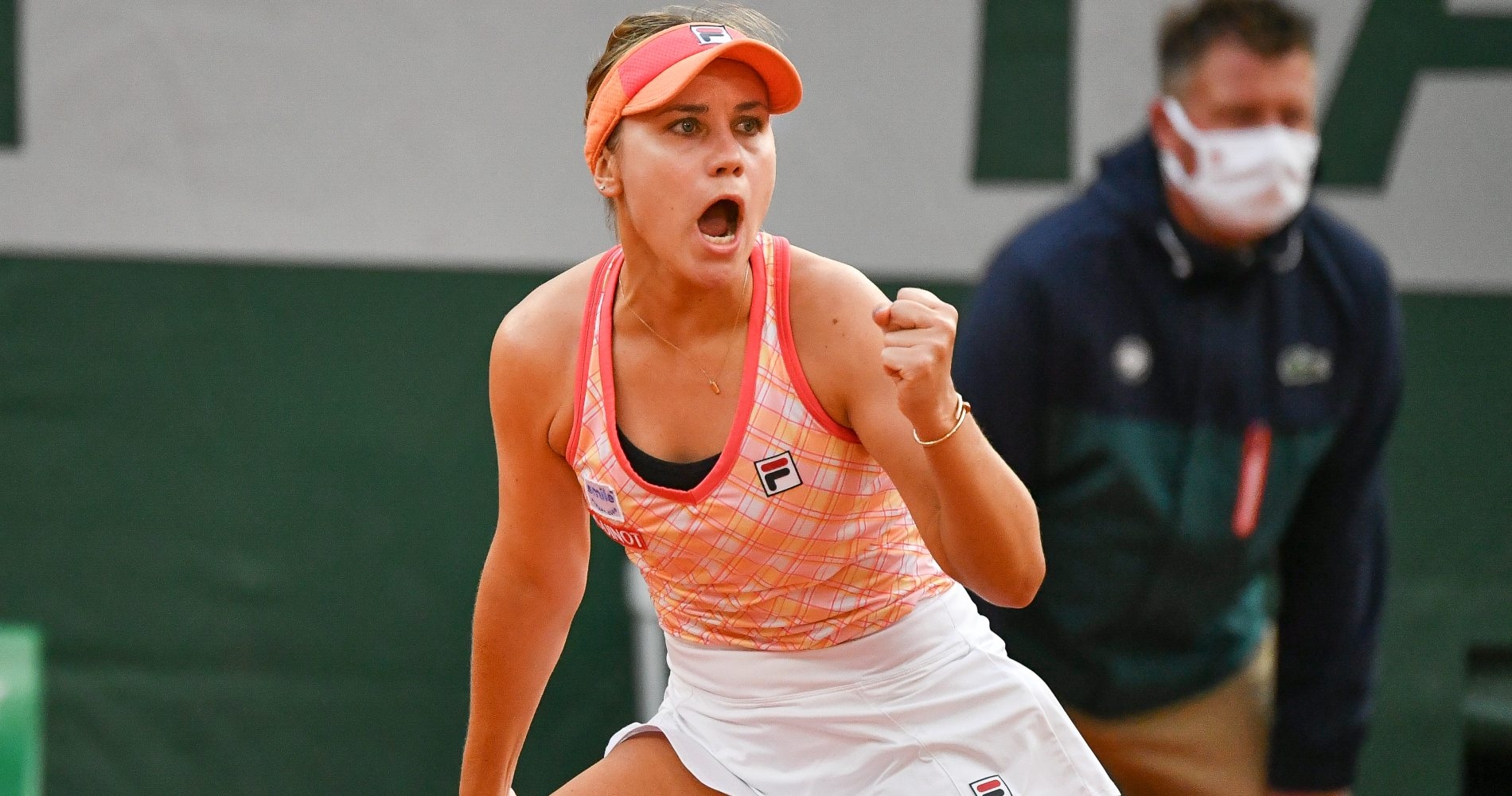 The American is a big-match, big-stage player; she loves the big occasions, the moments when she’s not expected to win, even when the crowd is against her, as they were in Melbourne when she took down Barty, who was trying to become the first home winner at the Australian Open since 1978. Last year in Paris, remember, she beat Serena Williams when nobody gave her a shot at victory.

That resilience is something innate, an ability to play your best when you need to, in the biggest events. No one stumbles to a Grand Slam title; they win it by performing well when it matters, usually under the most intense of pressure.

Kenin has done it in two different situations. In Australia, she had the packed crowds to deal with; in Paris this year, she has improved with every round, coping with almost no one in the stadium, dealing with the cool, heavy, occasionally windy conditions. In the quarter-finals, when the 1,000 people inside Court Philippe-Chatrier made the noise of 10,000 as they cheered on the Frenchwoman, Fiona Ferro, Kenin didn’t like it and even found it disrespectful. But she still held her nerve to win.

As the era of the Williams sisters comes towards its end, the United States had been hoping someone would step up to win multiple Grand Slam titles. Gauff’s natural ability and athleticism makes her a threat for the future but Kenin is already there, the combination of Russian genes and American fortitude a heady mix that has already delivered one Grand Slam title and is on the verge of securing another.

As Mouratoglou concludes: “I think her No 1 quality is mental toughness,” he said. “That was very obvious at the Australian Open. She’s a top player. She’s only business when she’s on the court. She’s extremely good on the big points, she’s not shaking, and if she does shake, she immediately regroups and comes back. She’s a champion and she’s a winner.”

It was notable that after her win over Kvitova, Kenin said that she had struggled when the Tour was shut down because of the coronavirus pandemic, something that may have contributed to her loss in New York, and in particular in Rome.

From zero zero in Rome to a hero at Roland-Garros; that’s Sofia Kenin.