Home » News » Our features » Long-form » Down, but never out: After all the battles, a toughened Ana Konjuh wants her place back

Down, but never out: After all the battles, a toughened Ana Konjuh wants her place back

Being out of the WTA Tour for the best part of three years and four elbow surgeries later, Ana Konjuh is determined to leave the darkness behind her and climb up the rankings again. 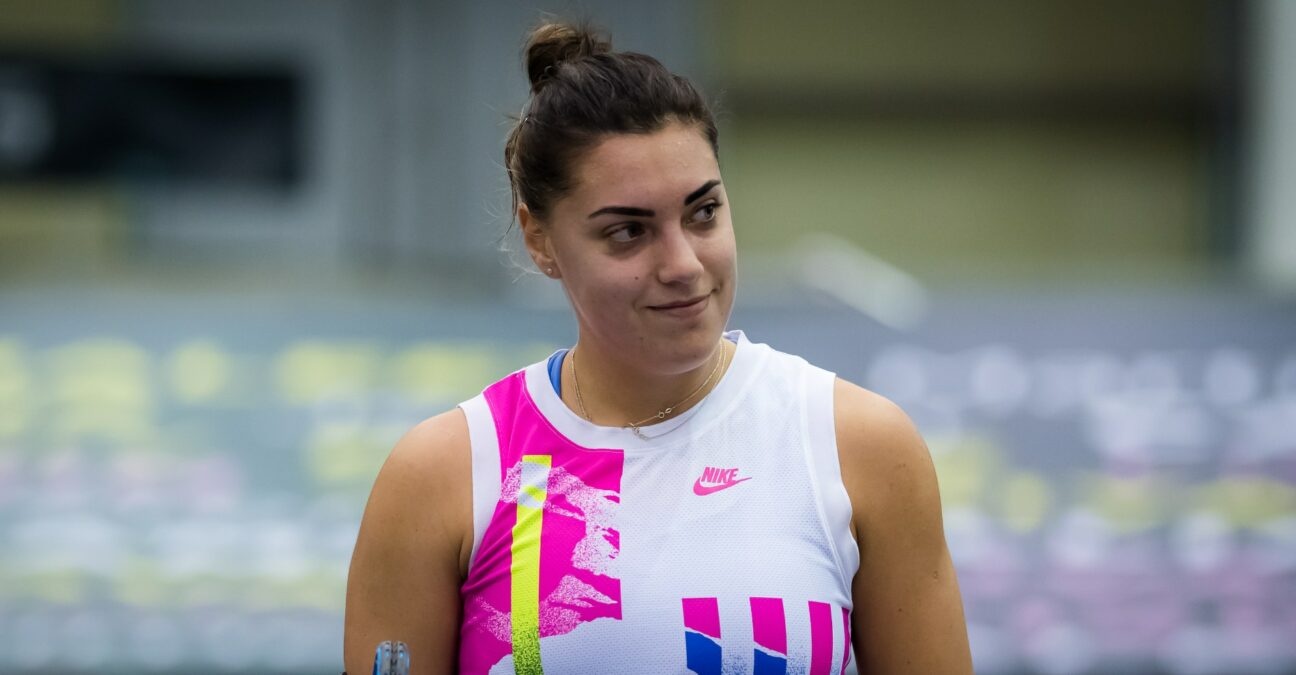 Before the junior Australian Open 2013, Ana Konjuh made a deal with her parents; if she won the title, they would allow her to get a tattoo, something she had been yearning to do for quite some time. She won the title and got a small tattoo “faith” with a cross next to it on her left wrist.

“That tattoo definitely has special meaning now – if I did not have faith, I would not be doing all of this now. I believe in myself and I believe that I can come back.”

Ana was a prodigy destined for big things. Having won the junior Australian Open and US Open in 2013, Konjuh shifted her focus completely to professional tennis at the age of 16. 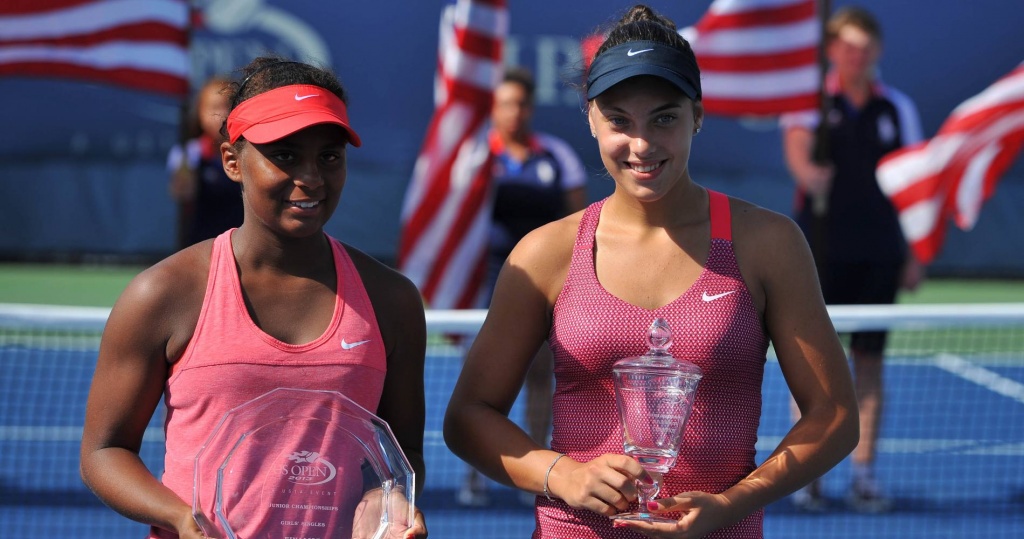 It did not take her long to make her mark on the WTA Tour as well; the Croat won her first title in Nottingham in 2015 and the following year she progressed to the US Open quarterfinals.

At Wimbledon in 2017, she made the second week losing to the eventual runner-up Venus Williams in the fourth round, but she soared to her career-high No. 20 near the end of July.

Two months later Konjuh had the second of the four elbow surgeries (first came back in 2014). Since then it was one step forward and a few steps back, and Ana played all of nine matches in the next two seasons.

There were dark clouds in her head, but with the tattoo serving as a reminder, she always kept believing and her love for tennis kept pushing her forward at a time where many would have laid down the racket. Nobody could blame her if she did, but once again Konjuh has demonstrated her resilience.

In the middle of last September, she played a W25 ITF tournament in Zagreb – and won. On clay, her least favorite surface, no less.

“It was really nice to be back after years of struggle. For the last three years I have not really been a part of WTA Tour, so it was a welcome feeling to travel and play matches again”, Konjuh tells Tennis Majors from her home in Zagreb. “In the first tournament the adrenaline hit me so hard, it was amazing. It was a bit different compared to the usual since I was sleeping at home, but it turned out to be a good thing because I was more relaxed. I grew up on clay, so I managed to find my way. It was not a particularly strong tournament, but I have beaten some good players, including (Kamilla) Rakhimova, who went on to play the second round at Roland-Garros.”

Meanwhile in Zagreb, Ana Konjuh completed her week winning the title in her first tournament after 19 months: 6-4 6-2 in the final vs Tereza Mrdeza

Konjuh, who turned 23 on 27th of December, has played five more tournaments until she called it a year; there were convincing losses, like the one against Arantxa Rus (6-1 6-2), but also encouraging wins such as the one over former No. 15 Kaia Kanepi. Most importantly, she was fit enough to play; she did retire in her last match (semifinals at W25 in Selva Gardena, Italy), but it was due to a minor ankle sprain.

“It was kind of funny in a strange way since I received like 100 messages ‘is your arm OK?’ My elbow will never be 100%, but I have made my peace with it; it cannot be, after four surgeries and years of torture, it is not a healthy joint anymore. My warm-up and stretching now lasts longer and the physio has to work on my elbow three times a day. I have to rediscover my limits and I hope it will hold on for a few years more; that would make me really satisfied”.

The key word is – love

Ana often gets asked from where does she summon the strength to keep going amid all these troubles. It is challenging both mentally and physically, and to find the proper answer we must dig further into the past.

Konjuh fell in love with tennis seeing her older sister Andrea practice at their home-town of Dubrovnik; Ana would pick up the balls for her sister, but very soon she stepped on the court herself. Instantaneously she knew – tennis was it for her. Ana was so sure that, together with her sister, she moved to Croatia’s capital, Zagreb, at the age of 11.

“There have been negative thoughts, some ‘what ifs’, especially going into the difficult surgery after which many athletes have not succeeded in coming back from. But at the end of the day, the key word for me is ‘love’. I just love this sport, I love hitting that little yellow ball, ever since I was a kid, it was all I ever wanted to do. My dad always says that I was crazy about those balls and it has never changed up to this day”, says Konjuh.

She continues after a brief pause to collect her thoughts:

“The feeling of people watching you and cheering for you after a great point, that fulfills me, it is something that cannot be described with words. In my opinion, that kind of passion I would not be able to feel doing anything else. I did not want to end it and later regret that I could have done something more. I am eager to try again and I sincerely hope it goes well.”

Konjuh felt the worst after her third surgery in 2018. Once again, she went through a grueling process of rehabbing and building her fitness from the ground up only to feel the pain again. Per her own words, she hit a wall, felt frustrated and disappointed and started to wonder “why is this happening to me?”. Her family and her team were fully behind her supporting her every step of the way, but Ana reserves a special thank you to one person – Meri Tranfić.

“She has been my physio for five years now, we have become friends. Meri knows everything that I have been through, we have no secrets with each other and she has helped me a lot dealing with everything mentally as well. Meri has been my rock”.

One of the thoughts that kept Konjuh going through all the difficulties was the fact that she knew she belonged at the top of the game. She had already proven that in her short pro career as a teenager; one of the highlights being her run to the US Open 2016 quarterfinals, where she beat Kiki Bertens, Kurumi Nara, Timea Bacsinszky and Agnieszka Radwansa before eventually falling to Karolina Pliskova.

“Now it seems like a lifetime ago… I remember vividly the match against Radwanska in the fourth round (6-4 6-4). Artur Ashe, night session. I played her at Wimbledon that year and I was very close to victory before spraining my ankle. That was kind of an extra motivation for me, it was my day from the get-go; everything I imagined worked out on the court and the crowd was incredible. When we spoke earlier about my love for tennis, that match was one of those moments you cannot describe with words. It is a rare experience and I hope I can have it again in the future.”

Although Kristijan Schneider was not her coach at the time of her US Open success, he worked with Ana for more than seven years and Konjuh will forever be grateful to him.

“He was a huge part of me growing up. We were serious on the court, the amount of work we had done was huge, but off the court he was extremely funny as well. That kind of dynamic suited my personality, I felt comfortable with him. We had competitive bets during practices all the time; dying our hair, push-ups on a plane to Australia, once he even promised to run naked around the grounds if I won the tournament. It was never boring with Kristijan”.

Adjusting the style of play

When choosing her team, Konjuh wants to surround herself with good people who set realistic goals and are not afraid to speak up – “You have to learn to listen knowing that you are not always the smartest in the room”. At the moment, she is working with Antonio Veić, former world No. 119 who has been with her since 2017.

Konjuh is an assertive player, she likes to dictate and control the tempo of rallies, and she always found the most difficult opponents those with a similar style, Venus Williams and Karolina Pliskova for instance.

Now, Ana’s main focus is to alter her style of play a bit in order for her career to last longer; Konjuh’s idols were Kim Clijsters and Li Na, so she is trying to take a leaf from their books.

“I need to find a balance, to play a ball or two more in the point and not try to finish off points from almost impossible positions, which sometimes I tend to do. I need to understand tennis more. Earlier I was a kid and as a kid you do not think much, you just follow your instincts. Now, Antonio makes me think a step ahead ‘if I played a ball there, in what place on the court will I get it back’, things like that. I approach the game differently, more thoroughly, from a tactical and mental point of view“.

Ana’s biggest desire off the court is to start a family and be a mother, so she does not see herself playing deep into her thirties. Right now though, she is not thinking about any of that, she just wishes to stay healthy and to play tennis.

Konjuh is ranked 476th in the world, with the protected ranking of No. 255; although that was not enough for her to earn a spot in the qualifiers of Australian Open or WTA tournament in Abu Dhabi, she did receive a late wildcard for Australian Open qualifying to be held in Dubai starting Sunday 10th of January.

“I just want to play as many matches as possible and to come back as soon as I can.”

One response to “Down, but never out: After all the battles, a toughened Ana Konjuh wants her place back”