Every day, Tennis Majors takes you back in time to relive a tennis event which happened on this specific day. On this day in 1976, Adriano Panatta became the first ATP player to win Roland Garros after saving a match point during the tournament 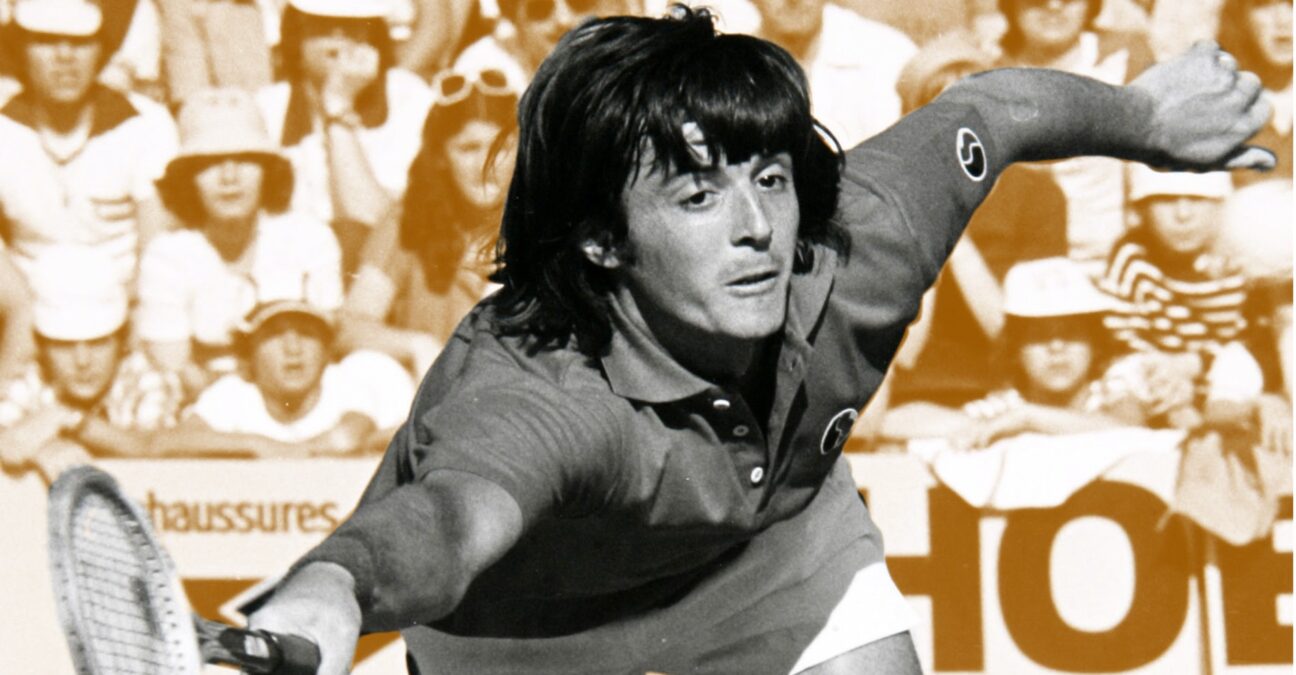 On this day, June 13, 1976, Adriano Panatta triumphed at Roland-Garros, edging out Harold Solomon in the final (6-1, 6-4, 4-6, 7-6). This victory is remarkable in the tournament’s history, as Panatta achieved the rare feat of claiming the title after saving a match point in the first round. He also managed to beat the favourite Bjorn Borg, whom he had already beaten in Paris in 1973, in the quarter-finals. Panatta would remain the only player to ever defeat the Swede at Roland-Garros.

Adriano Panatta was born in 1950. He made himself famous in 1970 when he beat the Italian icon Nicola Pietrangeli to claim the Italian Championships title. In the following years, he would win six titles prior to Roland-Garros 1976, including the 1976 Italian Open, the week before the French Open, where he managed to save 11 match points in the first round against Kim Warwick. His best ever Grand Slam result was reaching the Roland-Garros semi-finals in 1973, after defeating the young Borg, who was playing in Paris for the first time, in the fourth round (7-6, 2-6, 7-5, 7-6).

Harold Solomon was born in 1952. Before Roland-Garros in 1976, he had claimed seven professional titles on the tour, the biggest being the Washington Star International in 1974, where he beat Guillermo Vilas in the final (1-6, 6-3, 6-4). With his amazing footwork and his defensive game style, he was a dangerous player on clay, as he had proven in 1974 by reaching the Roland-Garros semi-finals, where he was seen off by Borg (6-4, 2-6, 6-2, 6-1).

The story took place at Roland-Garros, Paris. The stadium, located in the west of Paris at the edge of the Bois de Boulogne forest, had been hosting the French Open since 1928. It was the first and now the only Grand Slam to be played on clay, the slowest surface, which made it the hardest tournament to win from a physical perspective. Although Panatta’s game style, consisting of volleys and creativity, seemed more suitable for fast surfaces, he had been born and raised on clay, and Roland-Garros was his favourite Grand Slam tournament.

The facts: Panatta wins Roland-Garros after saving a match point on his way

The eighth seeded Italian had played his first round at Roland-Garros against Pavel Hutka just a few days after claiming the title in Rome, where he had saved 11 match points in the first round before edging Guillermo Vilas in the final (2-6, 7-6, 6-2, 7-6). In this first match, not only did Panatta save a match point at 9-10, 30-40 in the fifth set, but he did it with a diving volley winner.

The Italian then sealed the victory 12-10, and he went on to reach the quarter-finals to face the biggest possible challenge at the time: Borg. The Swede had triumphed at Roland-Garros in 1974 and 1975, and he was considered almost unbeatable. But Panatta knew that he could beat him, as he had done so already at Roland-Garros, in the fourth round in 1973. Furthermore, Borg had played five sets in his previous match against Frenchman François Jauffret, whom he had only beaten 10-8 in the last set. In these circumstances, Panatta played close to perfection to edge out the icy Borg in four sets, 6-3, 6-3, 2-6, 7-6.

Adriano Panatta held a grudge against Solomon after their encounter in Rome. After a disagreement over a line-call, Solomon, believing that the Italian umpires were being unfair, stormed off the court. Panatta, who had reversed four calls in Solomon’s favour before, thought this was disrespectful to himself and to the public. Thus, before the Roland-Garros final, he came to Solomon in the hallway and provoked him: “How can you beat me when you’re so short?”

Panatta’s confidence proved to be justified. He outplayed Solomon’s defensive game with his classic attacking game. He sealed his victory in four sets (6-1, 6-4, 4-6, 7-6) and became the first player in the Open Era to win Roland-Garros after saving a match point on his way.

What next? Panatta ends career with 10 titles while Solomon wins 22

After his Roland-Garros title Adriano Panatta would reach No 4 in the world rankings, which would remain the highest ranking he achieved in his career. Later in 1976, he would put the cherry on his peak year by leading the Italian Davis Cup team to their first and only title in the competition, after they defeated Chile in the final. Panatta would never claim another Grand Slam title and his best result after the 1976 triumph would be a quarter-final at Roland-Garros in 1977. In his career, the Italian would win 10 tournaments, the last one coming in Florence in 1980. Panatta, who had defeated Borg at Roland-Garros in 1973 and 1976, would remain the only player to ever beat him at the French Open, where the Swedish legend would claim the title six times between 1974 and 1981.

Solomon would never reach another Grand Slam final again. His best results later would be a semi-final loss to Guillermo Vilas (6-2, 7-6, 6-2) at the 1977 US Open, and a semi-final run at Roland-Garros in 1980, where he lost to Borg (6-2, 6-2, 6-0). In 15 encounters, Solomon would never manage to beat the legendary Swede. Reaching his highest ranking of world No 5 in 1980, Solomon would claim the last of his 22 titles on the tour that same year in Tel Aviv.