June 4, 1988: The day Graf double-bagelled Zvereva in the Roland-Garros final

Every day, Tennis Majors takes you back in time to relive a tennis event which happened on this specific day. On June 4, 1988, Steffi Graf served up a double-bagel to Natasha Zverev in the final at Roland-Garros, the shortest Grand Slam final in history. 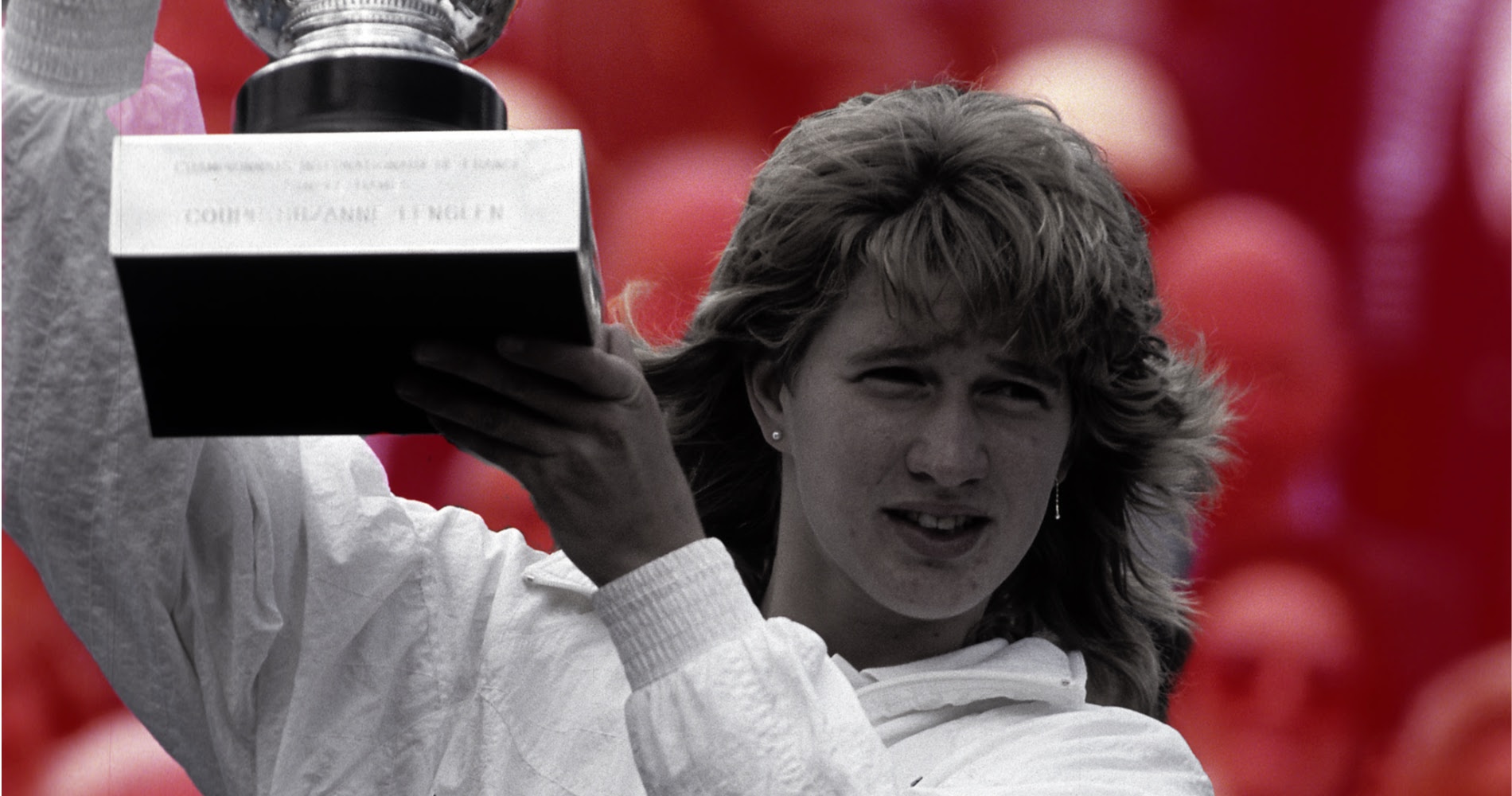 On this day, June 4, 1988, Steffi Graf humiliated Natasha Zvereva 6-0, 6-0 in 32 minutes in the final at Roland-Garros. It was the shortest Grand Slam final in tennis history and also the first time in French Open history that a double bagel was distributed in the final. This match was representative of Graf’s domination of the game in 1988, a year when she would end up achieving the unique Golden Grand Slam.

Steffi Graf was born in 1969. In 1982, at the age of 13, she became the youngest player ever to get a WTA ranking. After winning the demonstration event held at the Los Angeles Olympics in 1984, she constantly improved her game and her results. She reached the semi-finals at the 1985 US Open, at the age of 16, where she was defeated by world No 1 Martina Navratilova (6-2, 6-3). In 1986, she claimed her first title in Hilton Head, before getting to the US Open semi-finals for a second time. Closely guided by her father, she had her breakthrough year in 1987, when she lifted her first Grand Slam trophy, edging Navratilova in the final at Roland-Garros, and finishing runner-up to Navratilova at Wimbledon and the US Open.

On August 17, she even took the world No 1 ranking from Navratilova, who had held it with little interruption since 1982. Graf began 1988 by claiming the title at the Australian Open, beating Chris Evert (6-1, 7-6), before claiming three other titles. So far, she had suffered only two losses this year, both on clay courts against Gabriela Sabatini.

Natasha Zvereva was born in 1971 in Minsk, in Belarus, then part of the former Soviet Union. In 1986, aged 15, she finished her first full season on the tour as the world No 92. The next year, in 1987, she made her Grand Slam debut at the French Open, where she reached the third round (defeated by Helena Sukova), before achieving her best performance at Wimbledon, where she lost in the fourth round to Martina Navratilova. In 1988, her best result before Roland-Garros was a semi-final showing in Strasbourg, and she held a ranking of No 15.

Although Graf was just a few days from turning 19, seeing her in the final at Roland-Garros was no surprise. After all, she was the defending champion in Paris, where she had defeated Navratilova in the final (6-4, 4-6, 8-6). World No 1 since August 1987, she was almost undefeated on the tour in 1988 and had claimed the first Grand Slam tournament in Melbourne. In her five first matches, she lost only 11 games and won four 6-0 sets. In the semi-finals, she managed to beat Sabatini (6-3, 7-6), the only player who had beaten her so far in 1988.

Her opponent was less expected. Zvereva was almost unknown to the French crowd when the 1988 French Open began. She made herself famous in the fourth round, where she achieved the biggest upset of the tournament by defeating former champion Navratilova, who had reached the past four finals. After this astonishing win (6-3, 7-6), Zvereva went on to beat world No 6 Helena Sukova in the quarter-finals (6-2, 6-3), getting to the semi-finals without dropping a set. She had to save a match point to get into the final, edging world No 53 Nicole Bradtke, from Australia, 6-3, 6-7, 7-5.

When the players entered the Centre Court on June 4, Graf was a big favourite but no one had anticipated how much she would dominate her opponent. Those attending the 1988 final would probably be glad, years later, to have witnessed a historical moment, but when the two players shook hands after only 32 minutes of play, the crowd was shocked and disappointed. The unbelievable had just happened; in the final at Roland-Garros, Graf had humiliated Zvereva, 6-0 6-0.

Those 32 minutes probably felt much longer for Zvereva, who endured a living nightmare, missing almost everything she tried while her merciless opponent played a perfect match. Poor Zvereva won only 13 points in the entire match. The rain interruption, which proved to last longer than the match itself, did not help.

After such an easy scenario, Graf’s reaction at the moment of victory was moderate. A bit embarrassed when interviewed by French journalist Nelson Montfort after the ceremony, she would almost apologise: “One thing I’m sorry about for the public is that it went so fast. I can’t remember a match I won 6-0, 6-0 in a long time, but today, everything went well.” 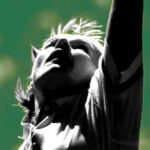 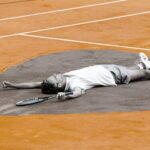 The year 1988 would be the greatest in Graf’s already great career. That year, she would complete an amazing Golden Grand Slam, claiming the gold medal at the Olympic Games on top of the four Grand Slam titles, a unique achievement in tennis history. She would hold the No 1 ranking until dislodged by Monica Seles in 1991. After Seles’s stabbing in 1993, Graf would recover the top spot until 1997, setting a new record of 377 weeks as the world No 1. By winning the 1995 US Open, she would become the only woman of all time to win each of the four Grand Slam titles at least four times. When she retired, in 1999, soon after claiming her last major crown at Roland-Garros, she would have won a then-Open era record of 22 Grand Slam tournaments.

Zvereva would never play a Grand Slam final again in singles. After reaching her best ranking of world No 5 in May 1989, she would spend most of her career as a top 20 player, claiming four titles, while reaching five Grand Slam quarter-finals. Her most remarkable performance after the 1988 Roland-Garros final would be a semi-final run at Wimbledon 10 years later. It was in doubles that Zvereva would leave a print, claiming as many as 18 Grand Slam crowns, 14 of them together with Gigi Fernandez, making them the second most successful pair in women’s doubles history, behind Navratilova and Pam Shriver. Zvereva would hold the world No 1 ranking in doubles for 124 weeks in total. She would retire from professional tennis at the end of 2002.