Pete Sampras had a tough 1996, on and off the court, but brought out one of his most iconic performances ever at the US Open against Alex Corretja. 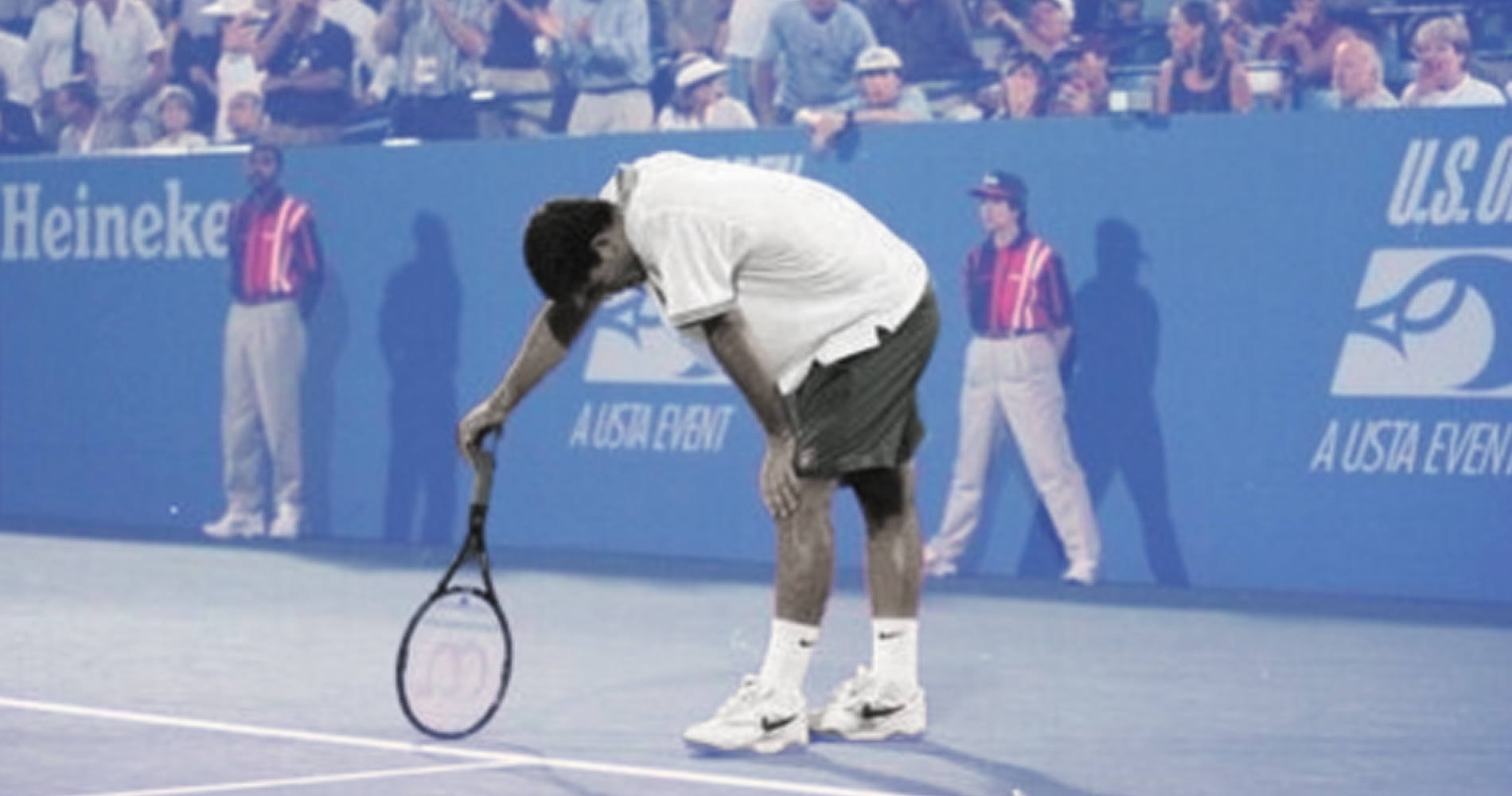 On this day, September 5, 1996, in the quarter-finals of the US Open, Pete Sampras heroically edged Alex Corretja (7-6, 5-7, 5-7, 6-4, 7-6), after throwing up and saving a match point in the fifth set tie-break. The Californian had had a hard year: in May, his coach, Tim Gullikson, died from brain cancer. For the first time since 1992, he arrived in New York without having already claimed a Grand Slam crown. After this dramatic and iconic quarter-final win, Sampras would go on to clinch the US Open title and save his No 1 spot for the fourth consecutive year. 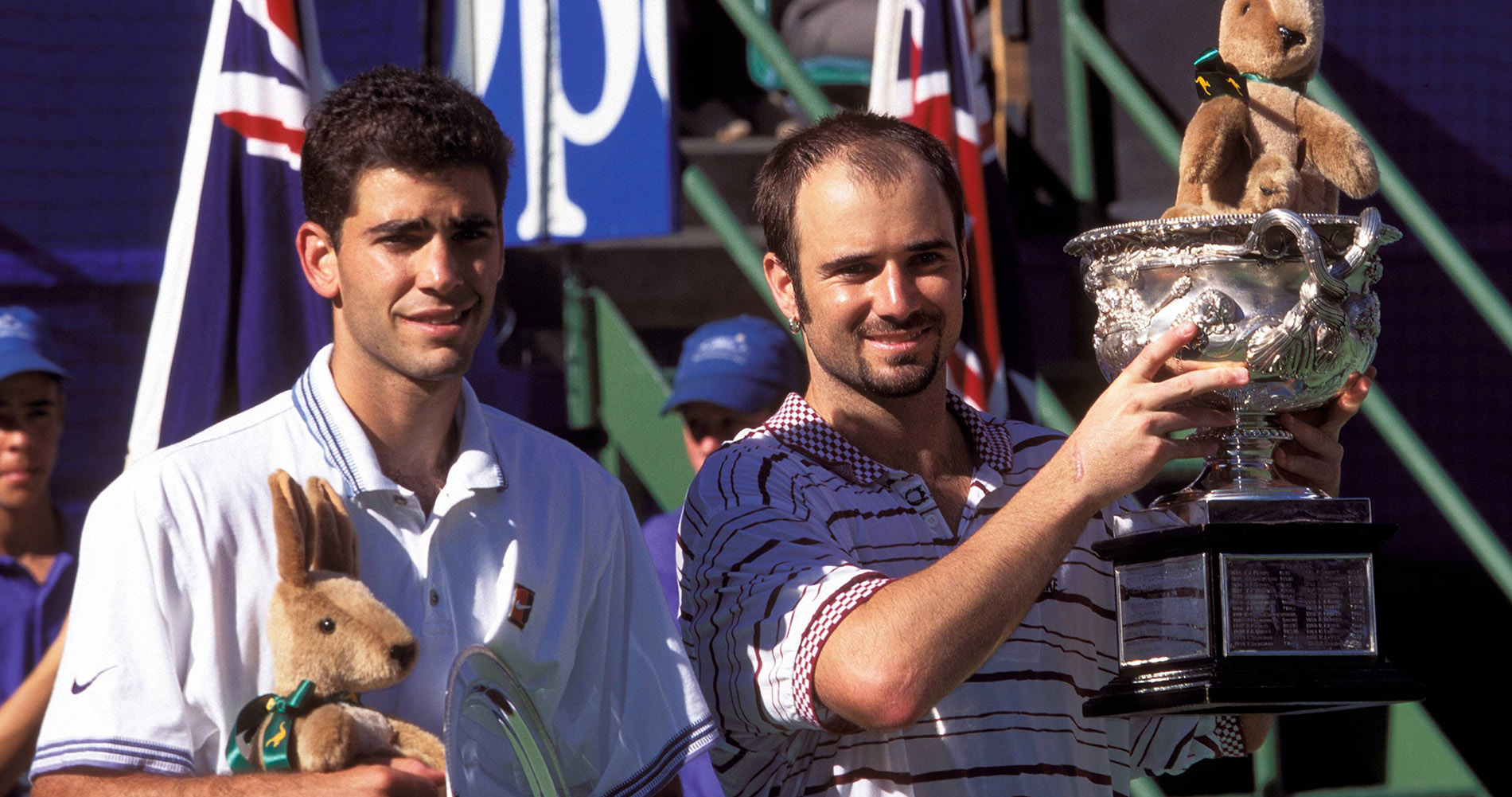 His serve-and-volley game was particularly lethal on the All England Club grass, where he conquered three consecutive titles between 1993 and 1995, winning 25 matches in a row until Richard Krajicek beat him in the 1996 quarter-finals, 7-5, 7-6, 6-4).

Sampras had triumphed three times at the US Open (1990, 1993, 1995) and once at the Australian Open, in 1994. On top of that, the American had won the Masters Cup twice (1991, 1994), and had accumulated a total of 41 titles in his career, including seven Grand Slams and six Masters 1000.  Pete Sampras could have been easily competing to become the greatest of all-time if he had not had an obvious weakness on clay: his best performance at Roland-Garros was a semi-final reached in 1996 (lost to Yevgeny Kafelnikov, 7-6, 6-0, 6-2), and he had only won one tournament on red dirt. 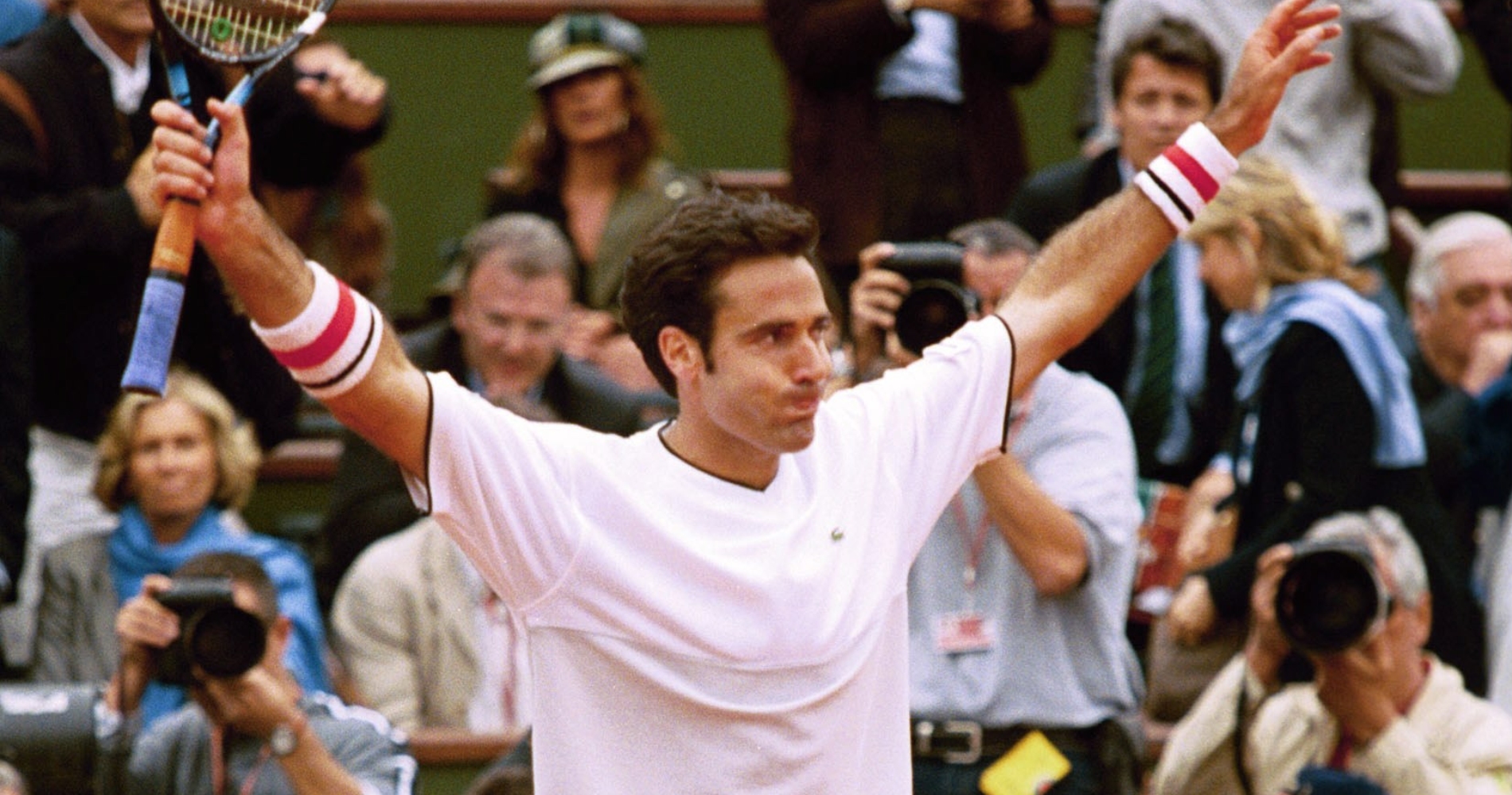 The US Open (known as the US Nationals before 1968 and the start of the Open Era), was established in 1881, and, although it is the only Grand Slam to have been played every single year without an interruption since its beginning, it moved locations several times throughout the 20th century. First held in August 1881 on grass courts at the Newport Casino, on Rhode Island, the tournament moved to New York in 1915, where it was held at the West Side Tennis Club, at Forest Hills until 1977 (with the exception of the years from 1921 to 1923, when the event was moved to Philadelphia). In the years between 1975 and 1977, the event was played on clay. In 1978, the US Open left the West Side Tennis Club, now too small for such an important event, for the USTA National Tennis Center, located in Flushing Meadows, New York. At the same time, it was decided to change the surface to hard courts. The Tennis Center was one of the biggest tennis complexes in the world:  its center court was the Louis Armstrong Stadium, which had a capacity of 14,000 spectators.

When he arrived in New York in 1996, Pete Sampras had not claimed a Grand Slam title in the last twelve months – since the 1995 US Open. Emotionally shattered by the sickness and then the death of his coach Tim Gullikson, he had unusually obtained his best result at Roland-Garros, where he reached the semi-final, while he had been defeated in the third round of the Australian Open and in the quarter-finals at Wimbledon. Still world No 1, he had nonetheless won five tournaments in 1996, the last one in Indianapolis, two weeks before Flushing Meadows.

In the second round, Pistol Pete was unexpectedly pushed into a fifth set by world No 47 Jiri Novak (6-3, 1-6, 6-3, 4-6, 6-4), but in the next two rounds, he won without dropping a set, taking his revenge in the fourth round against Mark Philippoussis, who had eliminated him at the Australian Open (6-3, 6-3, 6-4). In the quarter-finals, he was facing world No 31 Alex Corretja, a classic clay court player from Spain, who had never obtained any remarkable result on hard courts.

Although he was the heavy favourite, it was soon obvious that Sampras was going to have a hard time against the Hamburg runner-up. After he won a close first set, 7-6, weakened by a painful stomach, the world No 1 lost the second and the third set, 7-5, 7-5. At that moment, he looked drained, stumbling between the points, but somehow, he found the strength to take the fourth set, 6-4.

The dramatic intensity peaked in the fifth set tie-break. Sampras was in such agony that Robin Finn, from The New York Times, described him as “a bear who had been aroused from hibernation against his consent”. After losing the second point, the defending champion even threw up at the bottom of the court, and he was awarded a warning for time abuse. He would later tell:

At 6-7, Sampras even saved a match point, thanks to a desperate forehand volley. On the next point, he fired an ace on his second serve to obtain a match point for himself. Poor Corretja then collapsed with a double fault, which put an end to the longest match of the tournament.

“This one was for Tim. Tim was there with me,” Sampras whispered to his partner at the time, Delaina Mulcahy, referring to his coach.

Pete Sampras would successfully defend his US Open title, defeating Michael Chang in the final (6-1, 6-4, 7-6). Claiming another title in Basel, before triumphing at the Masters Cup, defeating Becker in one of the greatest matches in tennis history (3-6, 7-6, 7-6, 6-7, 6-4), he would finish the year as world No 1 for the fourth consecutive year.

Alex Corretja would still achieve most of his best performances on clay, reaching two Roland-Garros finals, in 1998 and 2001, but he would claim his biggest title on indoor carpet, triumphing at the 1998 Masters Cup (defeating fellow Spaniard Carlos Moya in the final, 3-6, 3-6, 7-5, 6-3, 7-5).