Barbora Krejcikova recovers from the brink of defeat to defeat Maria Sakkari in the semi-finals of the French Open on Thursday. Krejcikova will battle Anastasia Pavlyuchenkova for the title. 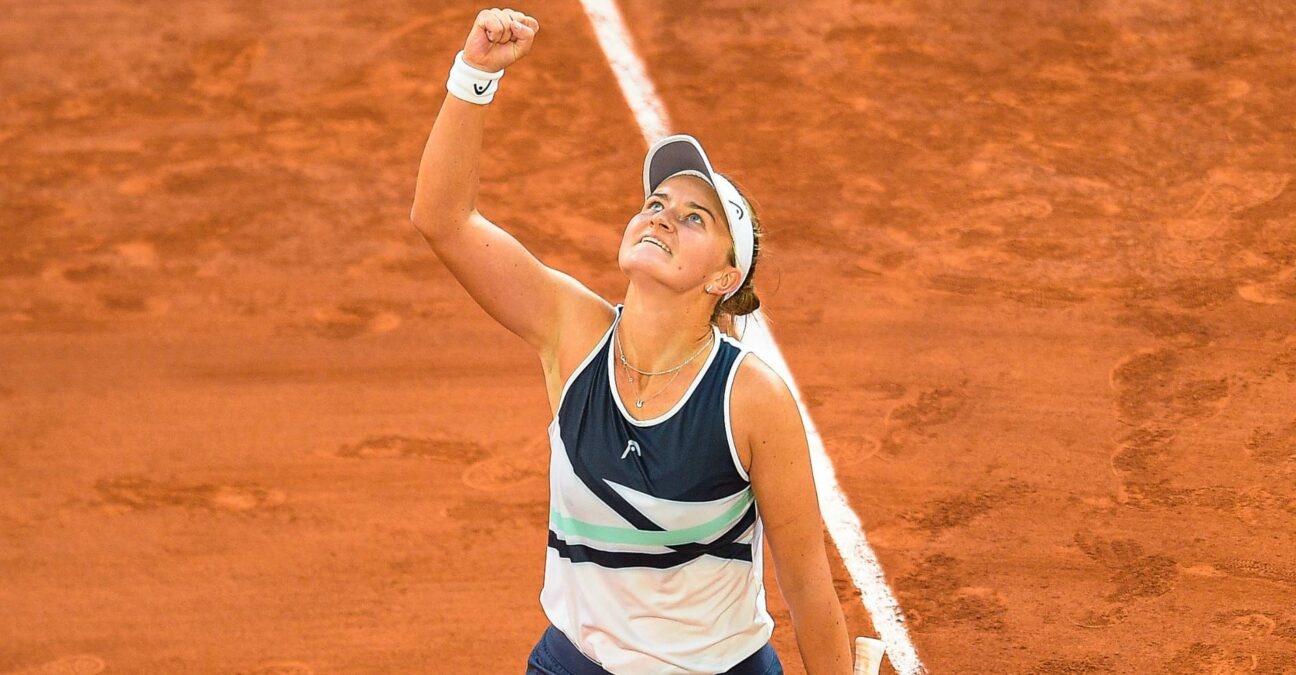 Barbora Krejcikova came back from 5-3 down in the third set and saved one match point before outlasting Maria Sakkari 7-5, 4-6, 9-7 in the Roland-Garros semi-finals on Thursday evening.

Krejcikova survived the roller-coaster ride after three hours and 18 minutes of play. It is the longest women’s French Open semi-final in Open Era history.

After the two first-time Grand Slam semi-finalists split the first two sets, the stage was set for a dramatic third. And it certainly did not disappoint in terms of either quality or entertainment.

Through two sets, Krejcikova had 14 winners and 35 unforced errors; Sakkari had 16 winners and 26 errors. The surprise participants had understandably come out nervous, but they both found their form at the same time in the latter stages of the third set. Krejcikova blasted 17 winners in the decider, while Sakkari recorded 11 winners throughout the final frame of play.

Both players frequently came up with their best shots at the most important times, too.

Krejcikova trailed 5-3 in the third but delivered a clutch hold in the ninth game and then broke her opponent for 5-5. The world No 33 even saved a match point at 3-5, 30-40 with a swinging backhand volley. Following several service holds, it was Sakkari’s turn to fight off match points. The 25-year-old Greek survived three of them–one with a backhand winner, one with an ace, and one thanks to a Krejcikova error–and managed to hold for 7-7.

At 7-8, however, serving to to stay alive proved to be too much to ask for the No 17 seed — but before plenty of drama ensued. Sakkari saved one more match point after her forehand was called long to seemingly end it, but the chair umpire overruled the call even though Hawkeye showed it to be well long. Krejcikova finally converted her fifth chance by capping off a brilliant rally with a clean backhand winner.

I actually think we both deserve to win because we play (a) really, really great match.

“It was really tough match,” Krejcikova commented. “Maria, she’s really good; she’s really good player. I know that she’s a very good fighter. She was playing really well today. I actually think we both deserve to win because we play (a) really, really great match. But only one can win. I’m really happy that it’s me, that I’m going to have another chance to play another match.

“I think the match was really up and down. I just told myself, ‘Just fight, fight, fight until the last point.’ I’m happy that I was really fighting.”

Sakkari’s impressive fight also brought her to the doorstep of victory, but in the end it was not enough to prolong what was already the best tournament of her career.

“Of course I’m proud of my run here,” the world No 18 reflected. “But it hurts. Today’s loss hurts a lot because I was so close. I was just one point away. But what can you do? There are lots of positives and some negatives, as well. I just have to embrace it and just move forward and see how am I going to do it the next time.”

For Krejcikova, her run in Paris continues. Next up for the 25-year-old Czech is an unexpected final matchup against Anastasia Pavlyuchenkova. 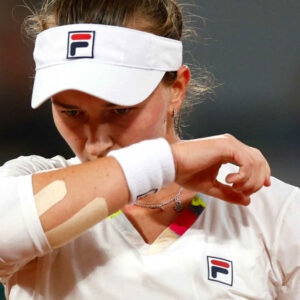