Stefanos Tsitsipas finds energy from within to beat John Isner behind closed doors in the Court Philippe-Chatrier night-session match on Friday. 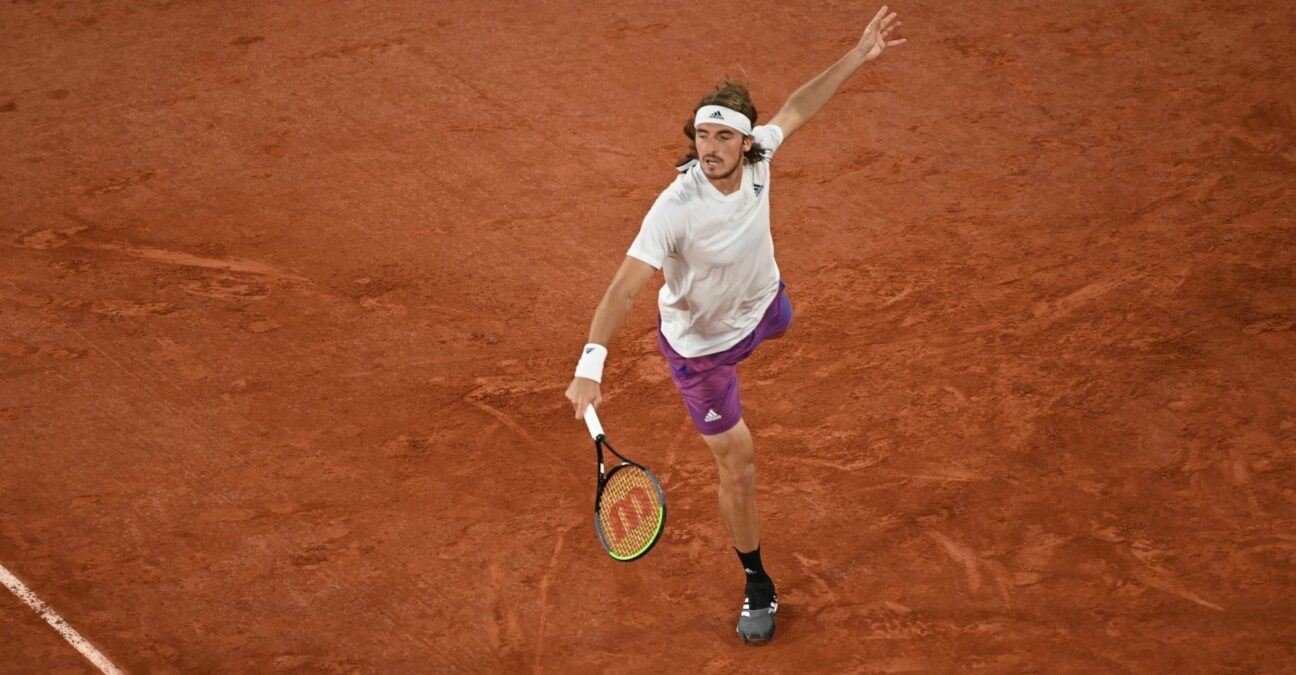 Stefanos Tsitsipas found himself in considerable trouble for the first time during this French Open, but he recovered from a tough start to defeat John Isner 5-7, 6-3, 7-6(3), 6-1 on Friday night. Tsitsipas advanced to a fourth-round meeting with Pablo Carreno Busta after two hours and 38 minutes of play.

Isner, who also did not drop a set during the first two rounds of the tournament, came out firing with both his serve and all-court game. The 6’10” American held easily from start to finish in the opening set and struck the decisive blow with a break at 5-5.

A huge opportunity for Isner came with Tsitsipas serving in the second set at 3-3, 30-40, break point for the underdog to go up by a set and a break. The world No 5 came up with a forehand winner and went on to produce a crucial hold. With momentum in hand, Tsitsipas suddenly earned his first break of the night for 5-3 and then serve things out one game later.

The next — and final — momentum swing came in the third-set tiebreaker. Isner’s first serve went AWOL and Tsitsipas took advantage by earning a quick mini-break for 3-1 and eventually another for 6-3. On his own serve the Greek gave his opponent little chance on any point.

From there it was one-way traffic for Tsitsipas, who raced away with the fourth as Isner faded.

The match, like all other night sessions so far, was played behind closed doors because of the 9:00 pm curfew in France. And the roof stayed open even though it rained lightly late in the second set.