Dominic Thiem and Casper Ruud are among the men’s seeds who have advanced at Roland-Garros on Monday. Felix Auger-Aliassime bowed out at the hands of Yoshihito Nishioka. 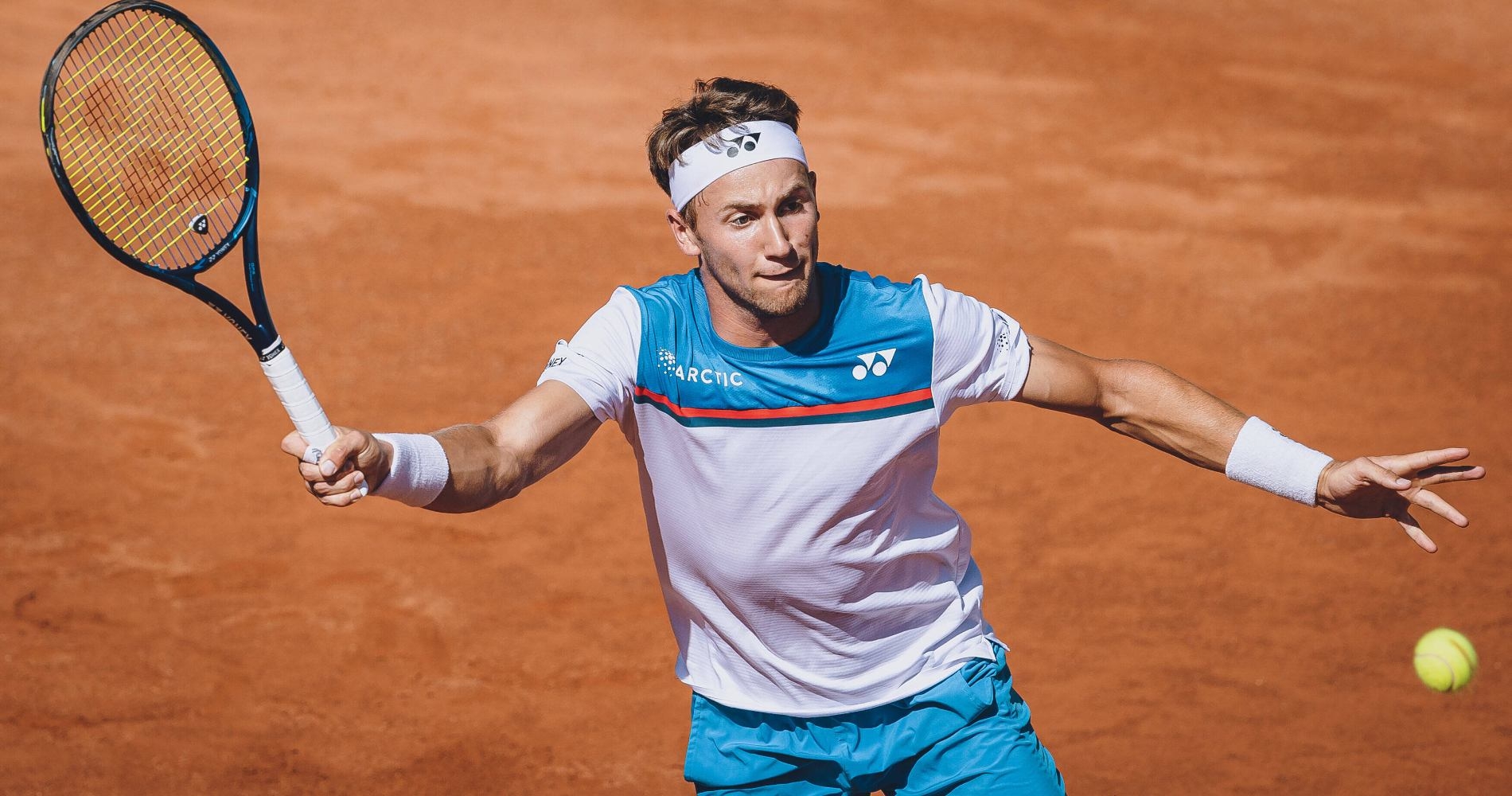 Daniil Medvedev continued his unceremonious winless run in Roland-Garros, falling again in round one after four sets against Marton Fucsovics. The Russian made his frustrations known in the 6-4, 7-6(3), 2-6, 6-1 defeat as he falls to 10-18 on clay overall.

The second-biggest surprise could well be eighth seed Gael Monfils’ loss in the first round. Underhand serve extraodinaire Alexander Bublik preyed on the Frenchman’s rather abysmal form to sent him packing after one match for the third consecutive tournament with a 6-4, 7-5, 3-6, 6-3 victory.

Ruud is part of the wave of NextGen stars rising up the rankings along with Felix Auger-Aliassime, but the latter was not as fortunate on Monday. Auger-Aliassime, the No 19 seed, lost to Yoshihito Nishioka 7-5, 6-3, 6-3.

US Open champion and No 3 seed Dominic Thiem kicked off his bid for a first French Open title with a 6-4, 6-3, 6-3 defeat of Marin Cilic on a rainy Monday afternoon under the roof on Court Philippe-Chatrier.

Thiem is on a collision course with a red-hot Casper Ruud for the third round at Roland-Garros. Ruud, a semi-finalist at the Rome Masters and seeded 28th this fortnight, destroyed Yuichi Sugita 6-1, 6-3, 6-1.

The King of Clay might be worrisome about the conditions at an unfamiliar Roland-Garros, but No 2 Rafael Nadal still dispatched Egor Gerasimov handily — with a 6-4, 6-4, 6-2 victory — as he continues to adapt to the conditions.

The rain-delayed battle between Corentin Moutet and Lorenzio Giustino ended up being one of the longest matches in French Open history. They continued on Monday and Giustino prevailed 0-6, 7-6(7), 7-6(3), 2-6, 18-16 after a total of six hours and five minutes.