Day 7 of the Roland-Garros started out with a lot of deuces. Sofia Kenin needed 20 to knock off Irina Bara, while Zhang Shuai had 26 against Clara Burel. 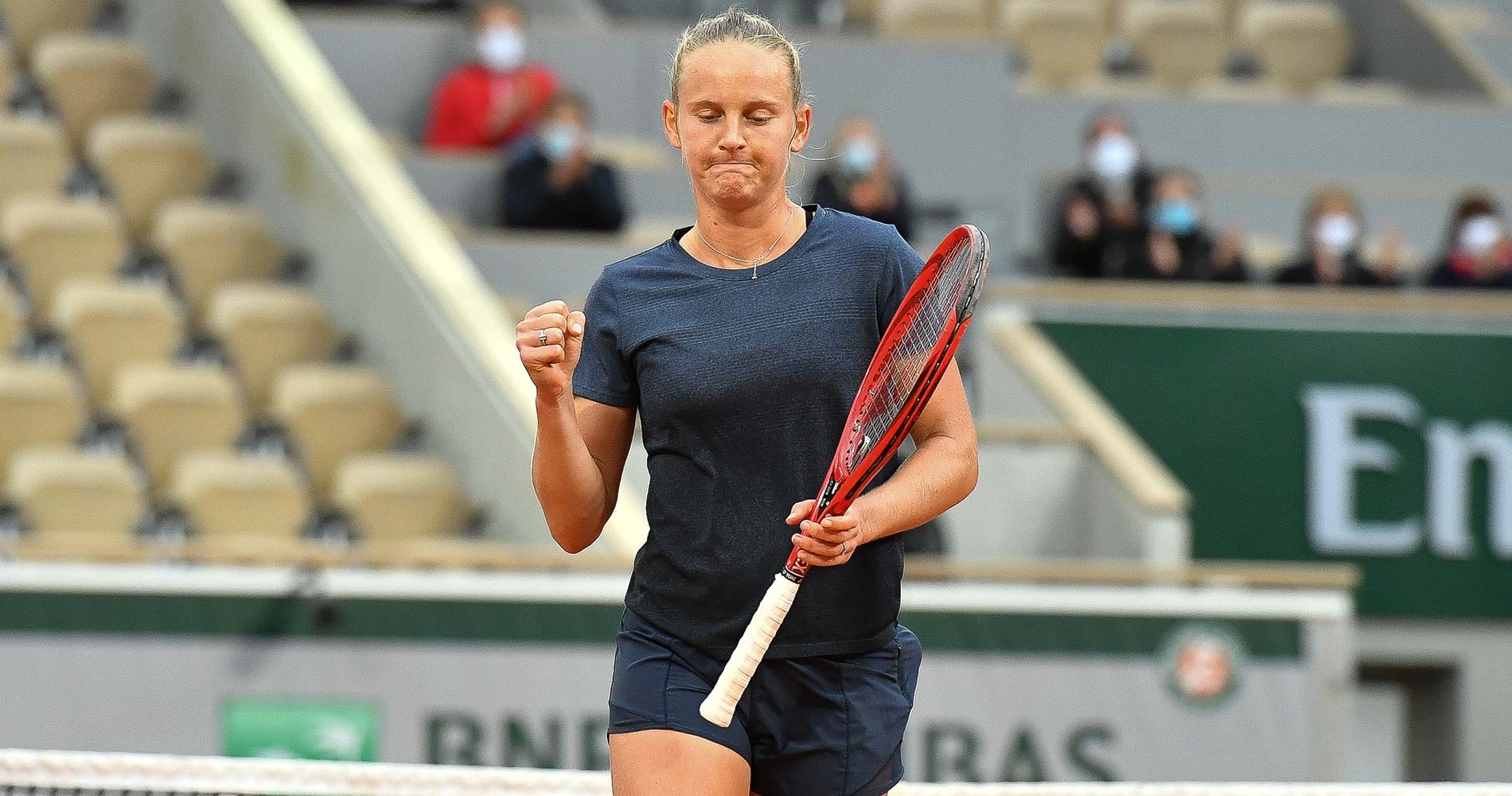 Fiona Ferro at Roland-Garros 2020 round 3

Sofia Kenin was on another level today. After falling behind 2-0 in the first set, she won 12 straight against Irina Bara to tie her French Open personal best with a 6-2, 6-0 victory.

Seventh seed Petra Kvitova has to dig herself out of a hole early on, but winning nine straight games after being down 5-1 in the first was enough to turn the tide around against Leylah Fernandez for a 7-5, 6-3 win.

An upset in an all-seeded matchup saw 30th seed Ons Jabeur knock off eighth seed Aryna Sabalenka in three, 7-6(7), 2-6, 6-3, as the Tunisian converted her fourth match point as she’s serving out the match.

Mild surprise for the 2017 Roland-Garros winner Jelena Ostapenko, who was definitely on an improved run of form lately, as she exited the competition in the third round. Paula Badosa of Spain knocked off the Latvian 6-4, 6-3.

Despite it being a straight-set victory for Zhang Shuai, she had to dig deep against French youngster Clara Burel to make it through. The 7-6(2), 7-5 win had 13 breaks of serve and 26 deuces among it, but that one extra break in the second separated the duo.

The other French left in the draw, Fiona Ferro, came out on the right side of a three-setter that took almost three hours. She defeated Patricia Maria Tig 7-6(7), 4-6, 6-0 to join Caroline Garcia in the fourth round.