Grigor Dimitrov is out of the French Open in round one after retiring in the fourth set against Marcos Giron on Sunday. Dimitrov had triple match point in the third before a back injury ended his hopes. 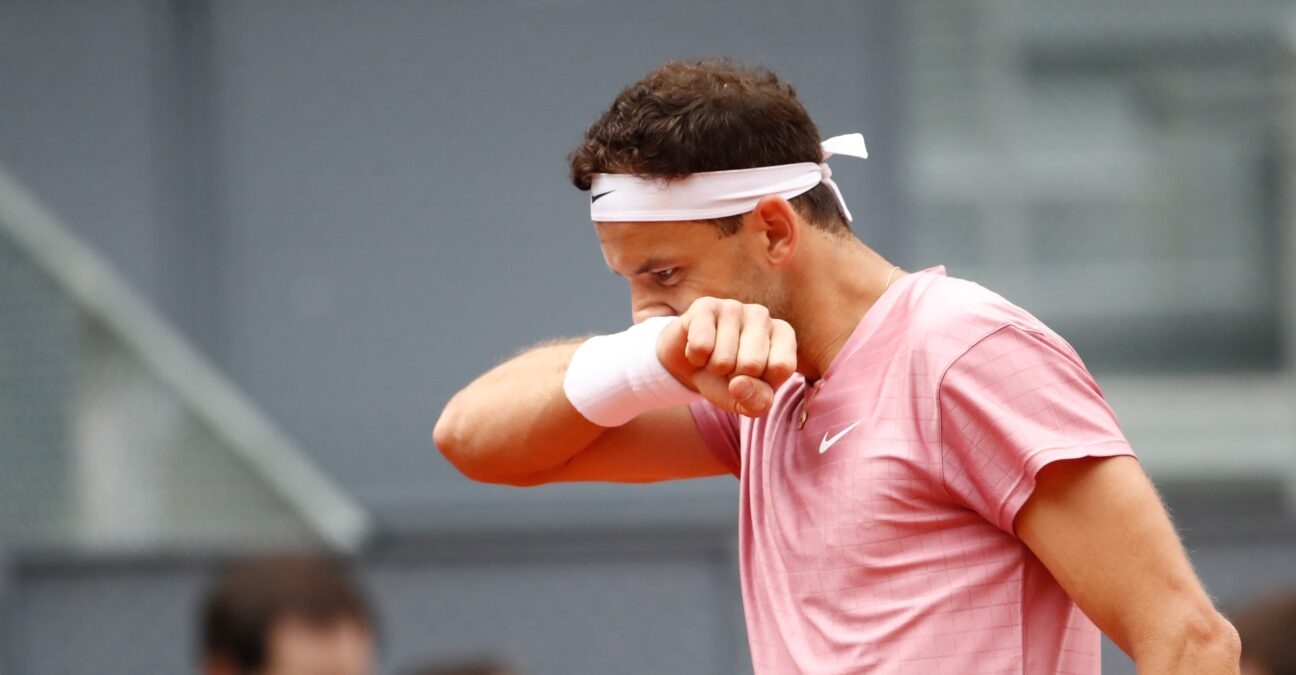 Grigor Dimitrov of Bulgary in action during his Men’s Singles match, round of 64, against Lloyd Harris of South Africa on the ATP Masters 1000 – Mutua Madrid Open 2021 at La Caja Magica on May 3, 2021 in Madrid, Spain.

Grigor Dimitrov was up triple match point during his French Open first-round match against Marcos Giron on Sunday afternoon. Dimitrov led 6-2, 6-4, 5-1 with Giron serving at 0-40, the Bulgarian on the brink of round two.

Instead, the entire advantage was squandered and Giron eventually stormed back to steal the third set. Dimitrov, who appeared to be dealing with a back injury late in the third, ended up retiring while behind 3-0 in the fourth.