Novak Djokovic comes back from two sets down for the fifth time in his career, as he easily erases an early deficit against Lorenzo Musetti to reach the French Open quarter-finals on Monday. 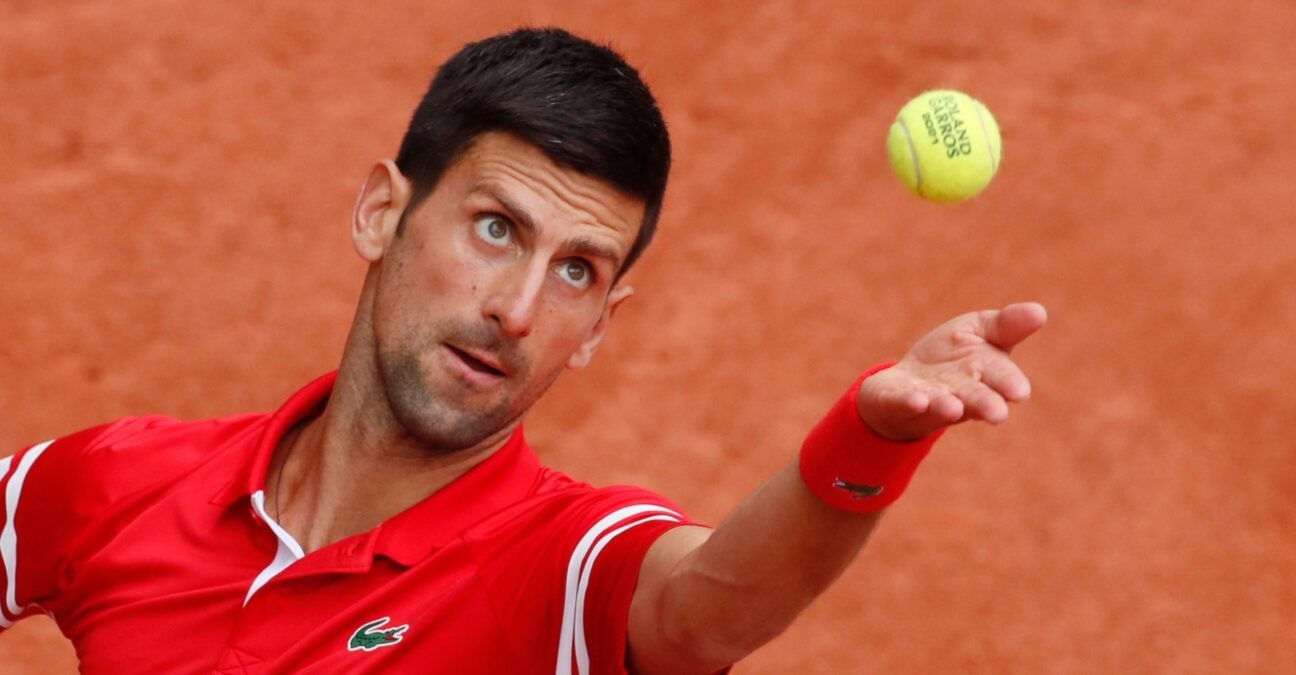 A big scare was put into Novak Djokovic early in his fourth-round match at the French Open.

To say the scare didn’t last long would be a gross understatement.

Djokovic trailed Italian teenager Lorenzo Musetti two sets to love but dominated the rest of the match to prevail via retirement while leading 6-7(7), 6-7(2), 6-1, 6-0, 4-0 on Monday afternoon. The world No 1, who converted all nine of his break-point chances, needed three hours and 27 minutes to set up a quarterfinal contest against Matteo Berrettini.

Sets one and two lasted two hours and 21 minutes by themselves. The next three — or two and two-thirds to be exact — lasted barely more than hour.

Those first two-plus hours sure were fun for Musetti. Playing in the main draw of a Grand Slam for the first time in his career, the 19-year-old did well to reach the second week and for a while showed signs of pulling off a monumental upset that would propel him into the last eight. He played a brilliant first-set tiebreaker and recovered nicely from giving back a break in the second to force another ‘breaker. Musetti benefited from a poor stretch of tennis by Djokovic at that point to seize a surprising 2-0 lead. 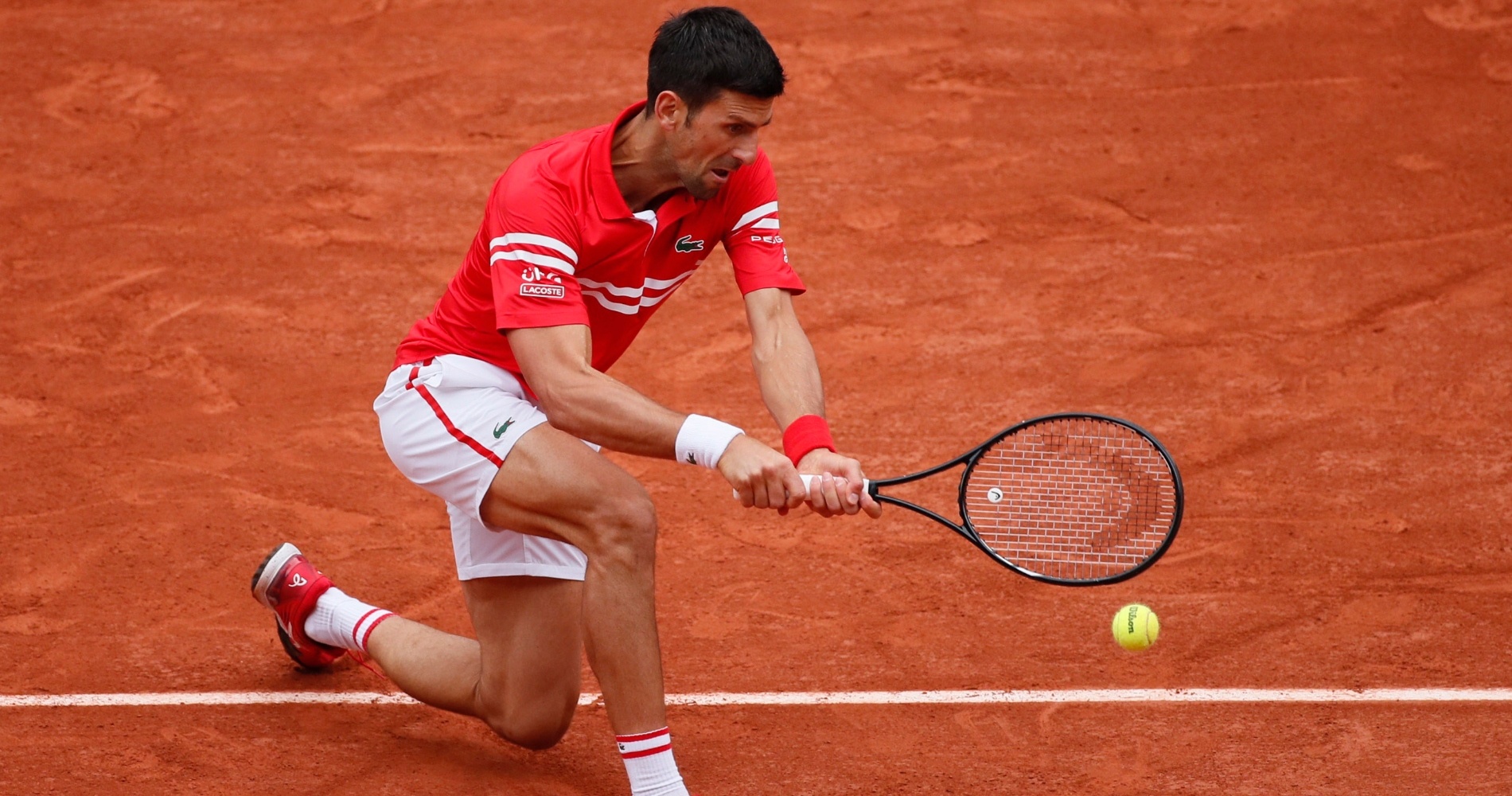 Right from the start of the third, however, everything was entirely different. Musetti, coming off a five-setter against countryman Marco Cecchinato two days earlier, appeared to be struggling physically. That coincided with a drastic rise in Djokovic’s level, the combination of which completely turned the tide of the match. The top-seeded Serb lost only 10 points in the middle frame of play and came relatively close to a golden set in the fourth when he reeled off the first 16 points. In the end, Musetti earned four total points in the fourth.

After taking a medical timeout prior to the fifth, the world No 76 briefly looked like his energy level had improved to a small extent. But hope once again turned to despair, and a struggling Musetti called it quits after falling into an insurmountable 4-0 hole. 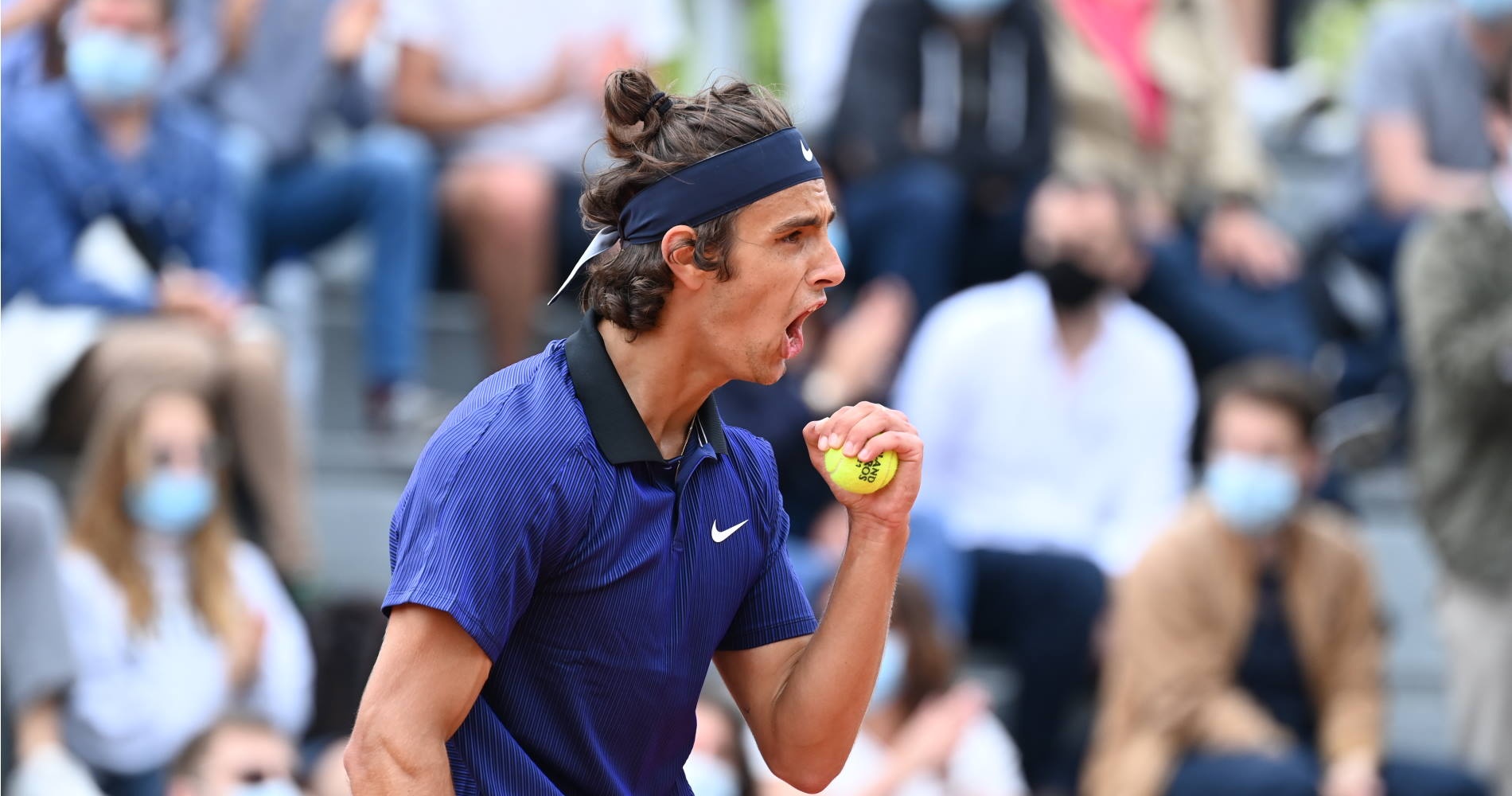 “No, no, no, it’s not an injury,” Musetti explained. “It’s, well, just a little bit of cramps and a little bit of low back pain. I was not anymore able to win a point, and so was not really — grateful also for the crowd that was there — so I decided to retire. There was no chance that I could win a point, so I decided to retire because I think it was the best thing to do it.”

It was also the best tennis he had played…at least for two sets.

“For me (it) was a fantastic experience,” Musetti assured. “I was playing, I think, my best tennis, for sure. I have never played like today. The first two sets were really long, like…more than two hours. Of course I’m a little bit disappointed, but I played I think against No. 1 in the world and I took him the first two sets. I mean, he started play really good, and then I had some problems with my physical part. Yeah, I think I have to work there.”

For Djokovic, the work continues into the quarter-finals.

He and Berrettini will be squaring off for just the second time in their careers on Wednesday. The 25-year-old Italian advanced through the fourth round by walkover from Roger Federer.