Novak Djokovic recovers from a one-set deficit and from some physical issues to beat Pablo Carreno Busta in four sets and reach the French Open semi-finals on Wednesday night. 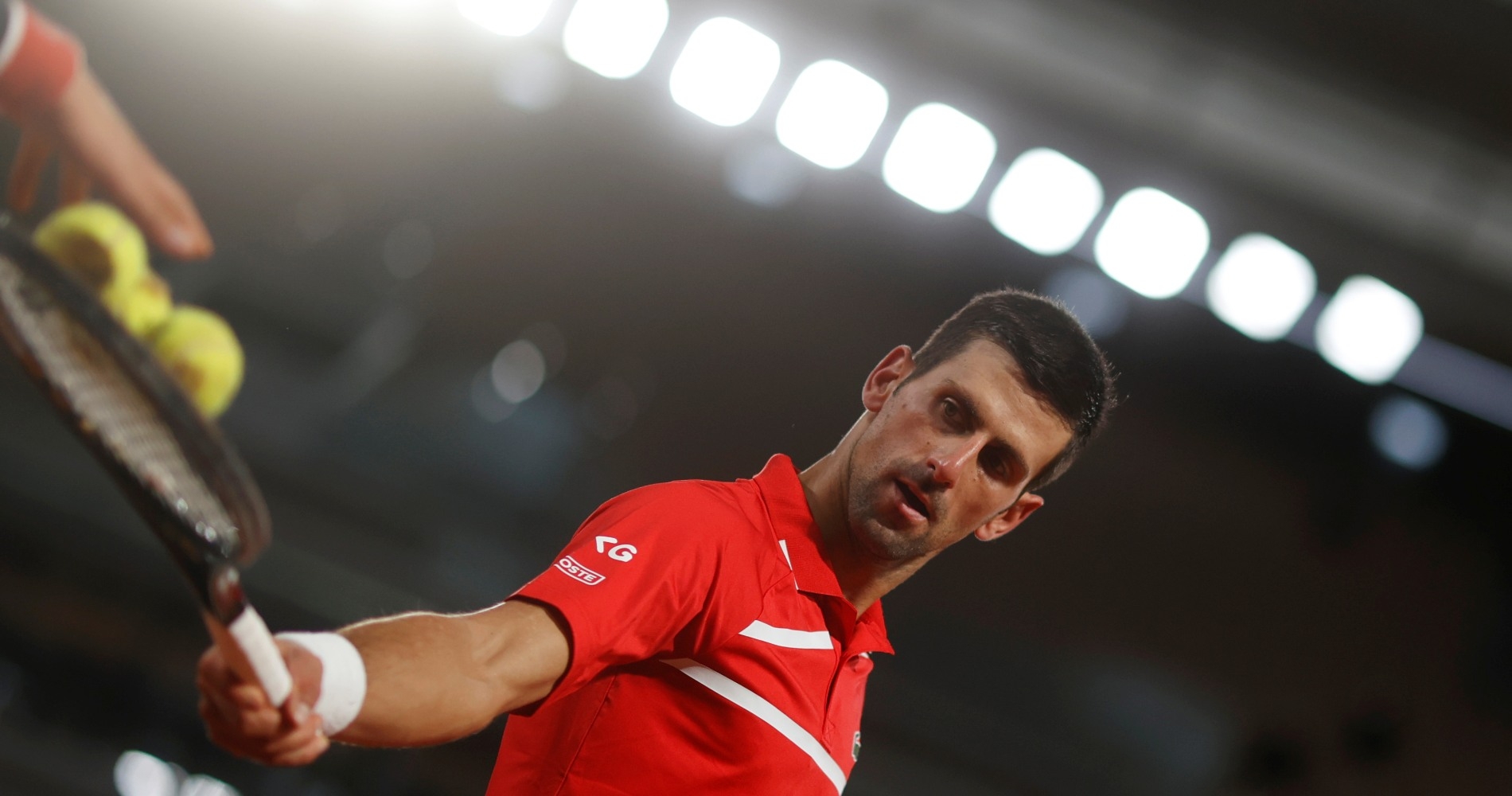 Survive and advance. That is what Novak Djokovic did at the French Open on Wednesday night.

The world No 1 overcome both physical problems and a tough opponent to book the last spot in the semi-finals. He needed three hours and 10 minutes to beat familiar foe Pablo Carreno Busta.

Djokovic, of course, did not even make it out of the first set against Carreno Busta when they faced each other in the US Open fourth round — doomed by an infamous default after accidentally hitting a lineswoman in the throat with a ball. This time the first set came to a standard conclusion, but it certainly did not go well for the Serb. Sporting very visible tape on his neck, he also dealt with an apparent left-arm issue. Not moving perfectly well and frequently bailing out of rallies with drop-shots, Djokovic lost the first set in alarming fashion after hitting only seven winners and 16 unforced errors.

Djokovic was quick to recover in the second set. After receiving brief treatment on just about every changeover late in the first and early in the second, he started moving better and quite simply playing better. Two breaks were more than enough in the second, because Djokovic saved all three of the break points he faced. Although the 17-time Grand Slam champion gave back a break midway through the third, he ended up closing out that set in style.

Perhaps the most critical games came at 3-3 and 4-3 in the fourth. Carreno Busta served at 40-0 at 3-3 but ended up getting broken. The Spaniard then had break chances to get back on serve for 4-4 only to see his opponent hold for 5-3. Those small margins eventually allowed Djokovic to serve for the match at 5-4, which he did successfully.

“I don’t want to take away anything from his good performance,” the top seed said afterward. “Especially for set and a half he was the better player, dictating the play. I was very neutral. I didn’t have much of energy really happening in my legs or movement or game itself. It took me about set and a half to really get comfortable and start really playing the way I should.

“I [won] about seven games in a row; was a break up in the third. (The) match turned around quickly — few points here and there. I saved some breakpoints mid third set; that was crucial, obviously, going two sets to one up. It was really anybody’s game. It was so close. He had his chances; I had my chances. It was a very even match even though it was three sets to one.”

Djokovic will face Stefanos Tsitsipas on Friday after the Greek got the best of Andrey Rublev in straight sets. Tsitsipas turned in an incredible performance to avenge his loss to Rublev in the Hamburg final nine days ago.