Home » News » Swiatek wants to be ‘consistent champion’ like Nadal, Federer and Djokovic

Swiatek wants to be ‘consistent champion’ like Nadal, Federer and Djokovic

Once she has enjoyed her French Open success, Iga Swiatek will set her sights on becoming a regular major champion. 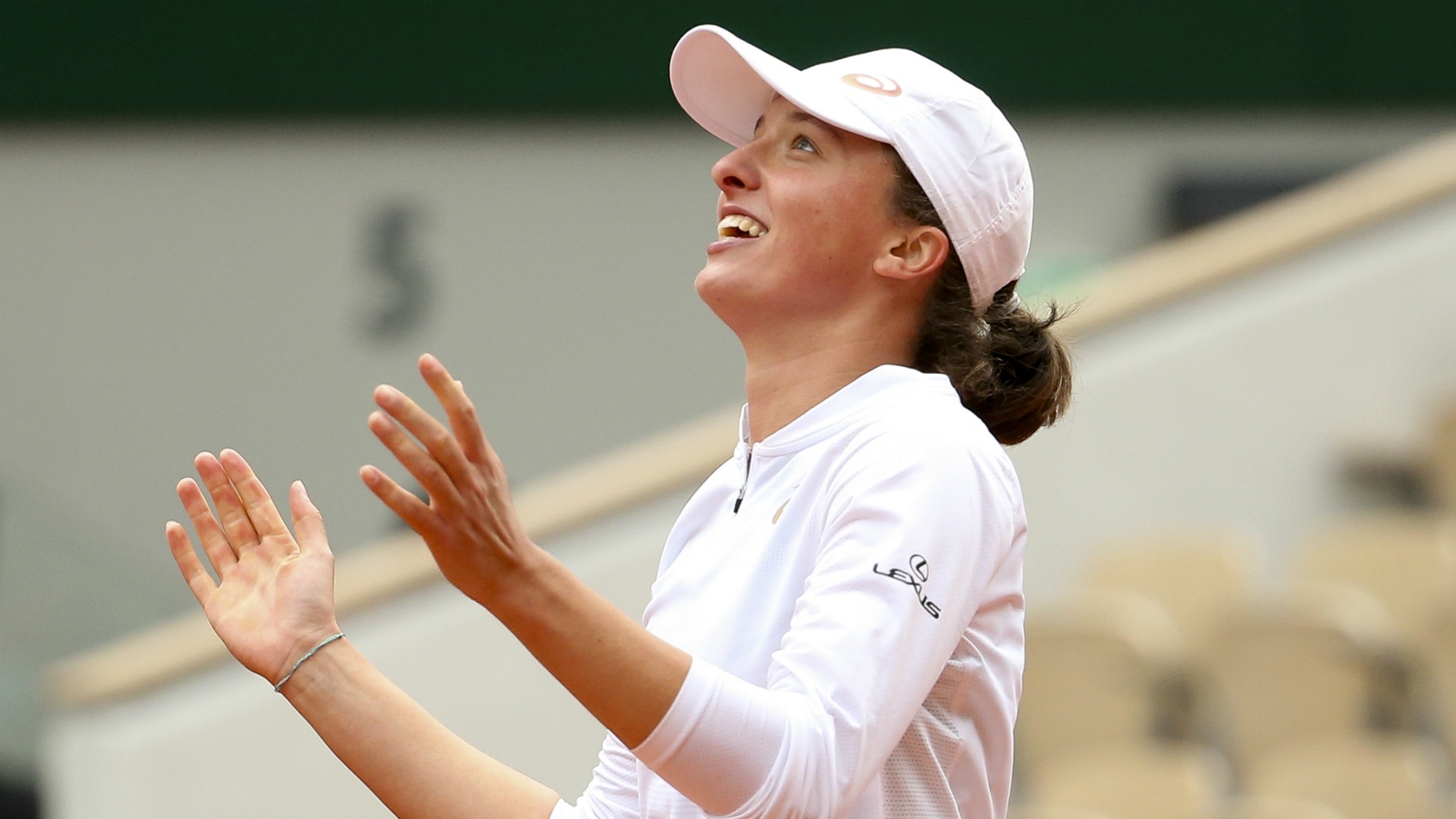 French Open champion Iga Swiatek has set her sights on becoming the consistent major winner women’s tennis has been lacking over recent years.

The unseeded Pole capped a remarkable fortnight at Roland-Garros by claiming the title on Saturday with a win over Australian Open champion Sofia Kenin in the final.

Supreme Swiatek did not drop a single set over seven rounds, also accounting for tournament favourite Simona Halep and 2019 finalist Marketa Vondrousova along the way.

The 19-year-old looks destined for a bright future and, once she has enjoyed her success, will look to remain a force on the WTA Tour.

Swiatek: “I know that there are no limits”

With 23-time major winner Serena Williams having not won a grand slam since the 2017 Australian Open, the women’s game has not seen a group of players dominate in the way Rafael Nadal, Roger Federer and Novak Djokovic have on the men’s side.

“Right now, when I’m here and I’m a grand slam champion, it’s crazy. I’m just going to enjoy the moment and I’m going to think about my future goals later. I’m just proud of myself. I’ve done a great job the past two weeks. I wasn’t expecting to win this trophy. It’s obviously amazing for me. I just feel like I kind of made history. I know that there are no limits. Even though you’re really young and you’re an underdog, you can do a lot in a sport like tennis.”

It’s hard to describe how special this day is for me. It’s so strange to achieve something that seemed so distant… But yup… It’s here – I’m a grand slam champion (whaaat?). Thank you @SofiaKenin for this final. I wish you all the best. #RolandGarros pic.twitter.com/ktIShQZLnj

Swiatek: “I can see the difference when I’m mentally prepared”

Swiatek revealed her unbelievable 6-1 6-2 fourth-round win over former champion Halep felt like such a big accomplishment that she was able to play her final three matches free of pressure. 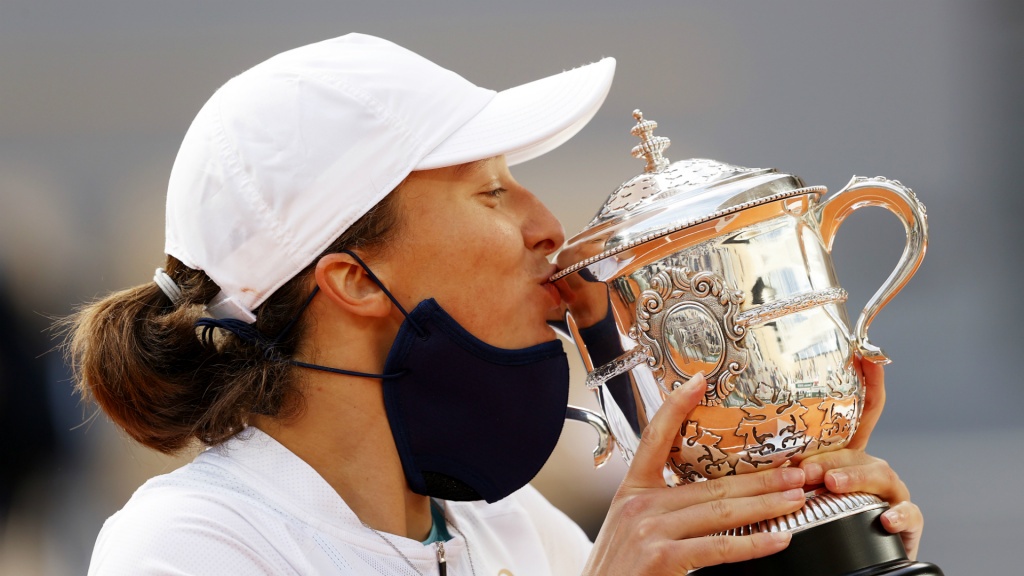 Her focus on having the right mentality on court has also helped her to seemingly play without nerves, as she coolly handled her run to victory despite having never made the last eight of a major before.

“Actually, it was so crazy for me winning against Simona that I already thought about the tournament as like my lifetime achievement,” Swiatek explained. “Really, I had no expectations. I knew it’s going to be tough in the final. I didn’t want to stress a lot about it, so I just told myself that I don’t care and I tried to believe in that. In the end I really just enjoyed the moment. It’s not that I don’t care if I’m going to win or lose, I’m just not thinking about it all the time.”

“I use visualisation. I meditate, especially during breaks during match. You ask what is the role of sports psychology in the performance, and I think there is a huge role. I can see the difference when I’m mentally prepared and I’m ready to handle the stress, the pressure. I can see the difference where I can’t. That’s why I’m sometimes losing in first round and sometimes I can win a tournament. My next goal is going to be more consistent and use the skills I have every time because it’s also tiring for your mind.”