Men’s singles first-round action is wrapping up at Roland-Garros on Tuesday. Among the winners are Novak Djokovic, Matteo Berrettini, and Cristian Garin. 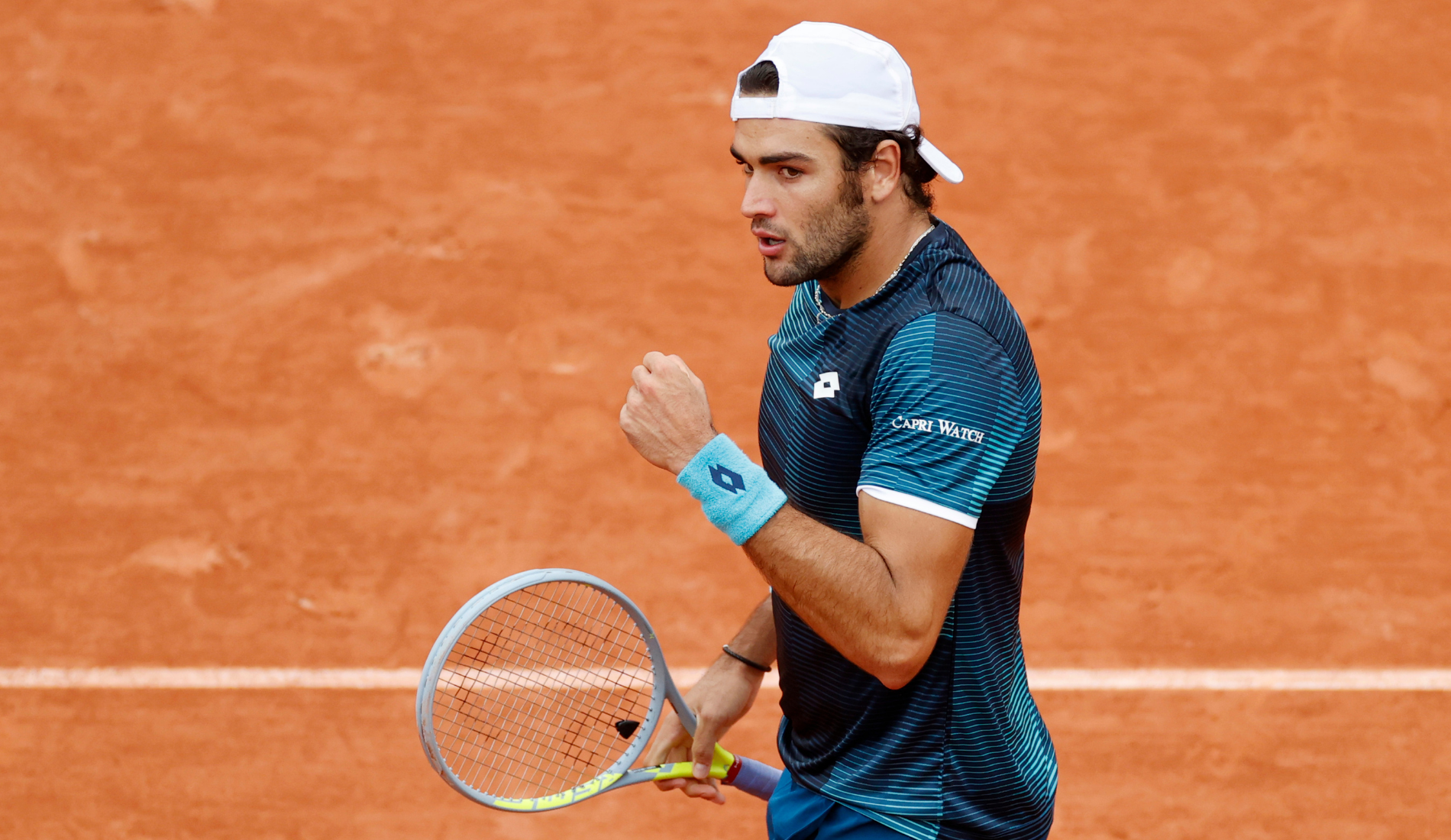 World No 1 Novak Djokovic got the men’s singles schedule on Court Philippe-Chatrier off to a routine start, as he dismissed Mikael Ymer 6-0, 6-2, 6-3 in one hour and 38 minutes. Djokovic broke serve a ridiculous nine times in 12 return games. The top-seeded Serb was broken as twice — Ymer converted each of his two chances — but it hardly mattered.

The only unexpected moment came when it was the underdog Swede who produced the shot of the day.

THIS tweener winner by Mikael Ymer 😍

Although Vasek Pospisil found some of his best form by advancing to the fourth round of the US Open by defeating compatriot Milos Raonic and Roberto Bautista Agut on the way, Matteo Berrettini on clay is a different proposition entirely. There were few surprises as the Italian bludgeoned his way to a 6-3, 6-1, 6-3 victory in just one hour and 48 minutes.

Roaring into the second round.

No 20 Cristian Garin found himself in a relatively tough contest but still took care of business. Philipp Kohlschreiber has been struggling mightily of late, but the veteran German kept the in-form Chilean on the court for almost three hours. In the end, Garin got the job done 6-4, 4-6, 6-1, 6-4.

No 31 seed Nikoloz Basilashvili is out, although it really did not come as much of a surprise. The German is hopelessly out of form right now and had to face a tough clay-courter in Thiago Monteiro. Basilashvili could not even take a single set, as Monteiro rolled 7-5, 6-4, 6-2.

Hamburg quarter-finalist and French hopeful Ugo Humbert is out after just one match in Paris. The world No 38 was a huge favorite over lucky loser Marc Polmans, but it was Polmans who prevailed 6-2, 6-2, 3-6, 6-3. Humbert was an absolute disaster when he had to toss in a second serve, winning only 33 percent of those points.

Even though Roberto Carballes Baena could be expected to beat Steve Johnson on clay, on paper it looked like it should be a somewhat competitive match. Instead, it was nothing more than a complete embarrassment for Johnson. Carballes Baena gave him a 6-1, 6-1, 6-0 lesson in one hour and 23 minutes.