Our interview with Tamara Zidanšek: “The key is to believe that I belong there”

Tamara Zidanšek, who beat Bianca Andreescu on the way to the quarter-finals of the French Open, speaks to Tennis Majors on her new team with Pancho Alvariño, improved serve, and the importance of working with a psychologist in tennis 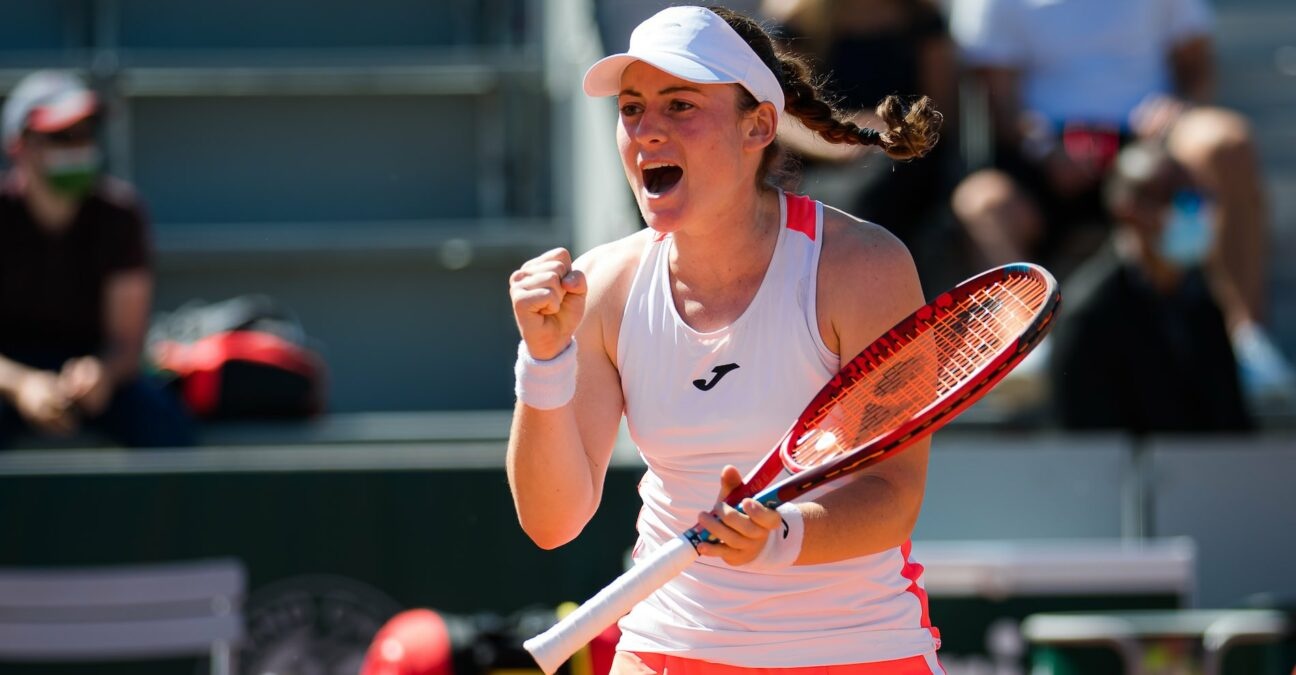 Tamara Zidansek’s run at Roland Garros has not come by chance. The Slovenian has been playing well the whole spring, reaching her second WTA final at Copa Colsanitas in Bogota as well as beating some good players like Hsieh Su-wei and Sloane Stephens — and taking Ashleigh Barty to three sets in Madrid.

Daughter of a judge and a school teacher, the 23-year-old Zidanšek got the better of the seventh seed Bianca Andreescu 6-7, (1) ,7-6 (2), 9-7, and the followed it up by taking out Madison Brengle with a convincing 6-4, 6-1 victory for her maiden third-round appearance at a slam.

In an interview with Tennis Majors, Zidanšek said that improving her serve has been the key for her recent success in addition to rediscovering her confidence – which she credits mainly to her working with a psychologist. Also, the world No 85 talked about her new team featuring Pancho Alvariño (former coach of world No 1 Dinara Safina), the way clay suits her game, and her next opponent Katerina Siniaková.

This year's French Open has been a dream for you – first top 10 win and now the first trip to the third round of a Slam. What led to this run?

Tamara Zidanšek: It is not just this tournament. We have been building up towards this for quite some time. It is just that everything finally clicked here. I am feeling good and I am playing well. When I went to the court against Brengle, I felt really confident and I knew that I had a big chance to win if I just stick to my game plan. I am very pleased with my game so far.

You said that experience from the loss to Muguruza last year in Paris (8-6 in the third) meant a lot in the Andreescu match. In which way exactly?

Tamara Zidanšek: First of all, it is a bit different since there is no tiebreak in the deciding set, which is very rare. Now I knew what to expect and I was aware of the extra importance of holding your serve. Muguruza was serving well and then all it took was one bad point for the match to slip away. I made an error, then she hit the winner and it was 0-40 all of a sudden. So this time I knew I had to stay focused all the way, to be consistent. Also, we have worked on my serve a lot; I had confidence in my serve because of the work we put in.

Recently, you split with your long-time coach Zoran Krajnc. Just now you said "WE worked." So, who is WE now? How does the team around you look?

Tamara Zidanšek: I have worked with Zoran for 10 years; he taught me everything I know about tennis, but life goes on. Marjan Čuk, who used to be my manager, has now taken up even more of a coaching role. Alongside him, my coach is Spaniard Pancho Alvariño, who worked with Dinara Safina. There is my hitting partner Anže Čevka, who is also going to travel with us. I am planning to add a physiotherapist, and the work I have put in with my psychologist Matej Lunežnik did me good.

In the past, you have had somewhat of a reputation of a player who gets tight in crucial moments. Was that the primary focus in your work with the psychologist?

We started working together in January 2020. In my opinion, it is necessary for a tennis player to take care of the mental side of the game in the same way that we take care of the physical aspect. Personally, conversations with Matej have helped me a lot. You can talk through what is in your head with someone and then receive a professional opinion. For me, the key was to start to really believe that I can beat the top players, to believe that I am better than them and that I belong there.

You are an all-round player, but what part of your game do you feel is the most important for your success on clay courts?

I have practised on clay since I was a kid. I think I am able to do a lot with my forehand; it goes fast, but it is heavy with a lot of spin, at the same time. Recently, as I said, we have worked a lot on my serve — both power and accuracy. (The) serve was a problem for me; actually not that big of a problem, but [at] the highest level details really make a difference. Free points off the serve here and there can be the difference between winning and losing a match.

Your next opponent is Kateřina Siniaková, world No 68. You met three times, all three on clay, and you won the last two. What do you expect this time around?

Tamara Zidanšek: We know each other really well. I expect a quality match, I watched her against Kudermetova and she played very well. I know her main strengths are serve and backhand. I need to be more consistent and to go for my shots when the opportunities present themselves. 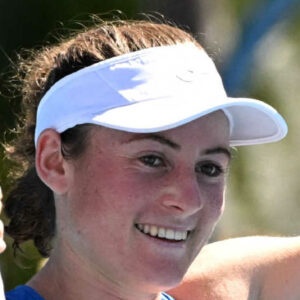