Thiem routs Ruud to reach fourth round at Roland-Garros

Dominic Thiem eases past Casper Ruud in straight sets during third-round action on Friday at Roland-Garros. Stan Wawrinka could be next for the US Open champion. 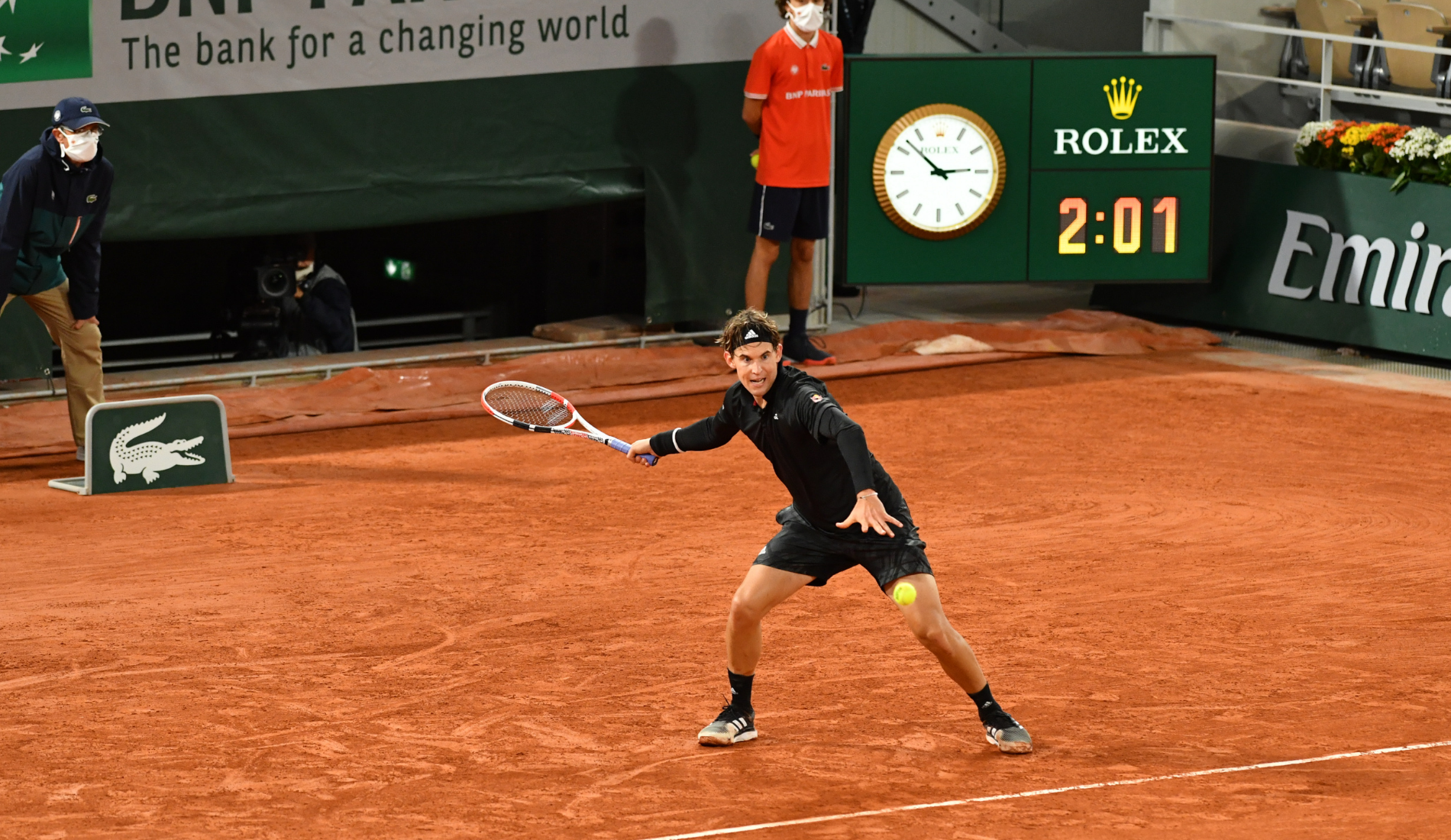 Dominic Thiem’s 2020 French Open draw was supposed to get brutally tough starting in the third round.

Well, not so much.

Making another run at Roland-Garros look like nothing more than a walk in the park, Thiem routed Casper Ruud in straight sets on Wednesday afternoon. The two-time runner-up eased into the second week of this year’s tournament after two hours and 15 minutes.

Slow start then off to the races

Ruud is the clay-court wins leader on tour this season, capturing the Buenos Aires title, finishing runner-up in Santiago, and reaching semi-finals in both Rome and Hamburg. So it would not have been a big surprise if the Norwegian had made this match competitive. And, briefly, he actually had the upper hand. Ruud jumped out to a 3-1 lead in the opening set, breaking Thiem in the fourth game.

However, it was all Thiem the rest of the way. The reigning US Open champion won 17 of the final 22 games in the contest, including four in a row from 1-3 to 5-3 in the first set to restore order to the proceedings. He never dropped serve again following the one early hiccup.

“I’m very happy; it was a great match,” Thiem said during his on-court interview. “I didn’t make many mistakes. Casper is a very good player and we had some nice rallies. He has a lot of confidence after semi-final runs in Rome and Hamburg, and has a very good attitude from beginning to the end. I didn’t want to give him any chances in the third set.”

Although the score was lopsided, it is true that there were some “nice rallies” — as Thiem mentioned. Forty points lasted at least nine shots, which is huge number given that the match required only three sets and 26 total games. The third-ranked Austrian won 23 of those extended rallies, while Ruud took 17.

Thiem finished with 32 winners — including a 104 MPH backhand at one point — compared to 28 unforced errors, a solid ratio for a clay-court match against the counter-punching Ruud. The 27-year old advances to face either Stan Wawrinka or Hugo Gaston in the fourth round on Sunday. Thiem’s remaining opponents could be Wawrinka, Diego Schwartzman, Rafael Nadal, and Novak Djokovic.