Dominic Thiem wins the final five points in the third-set tiebreaker to beat Jack Sock in straights and reach the French Open third round on Wednesday. Thiem awaits either Casper Ruud or Tommy Paul. 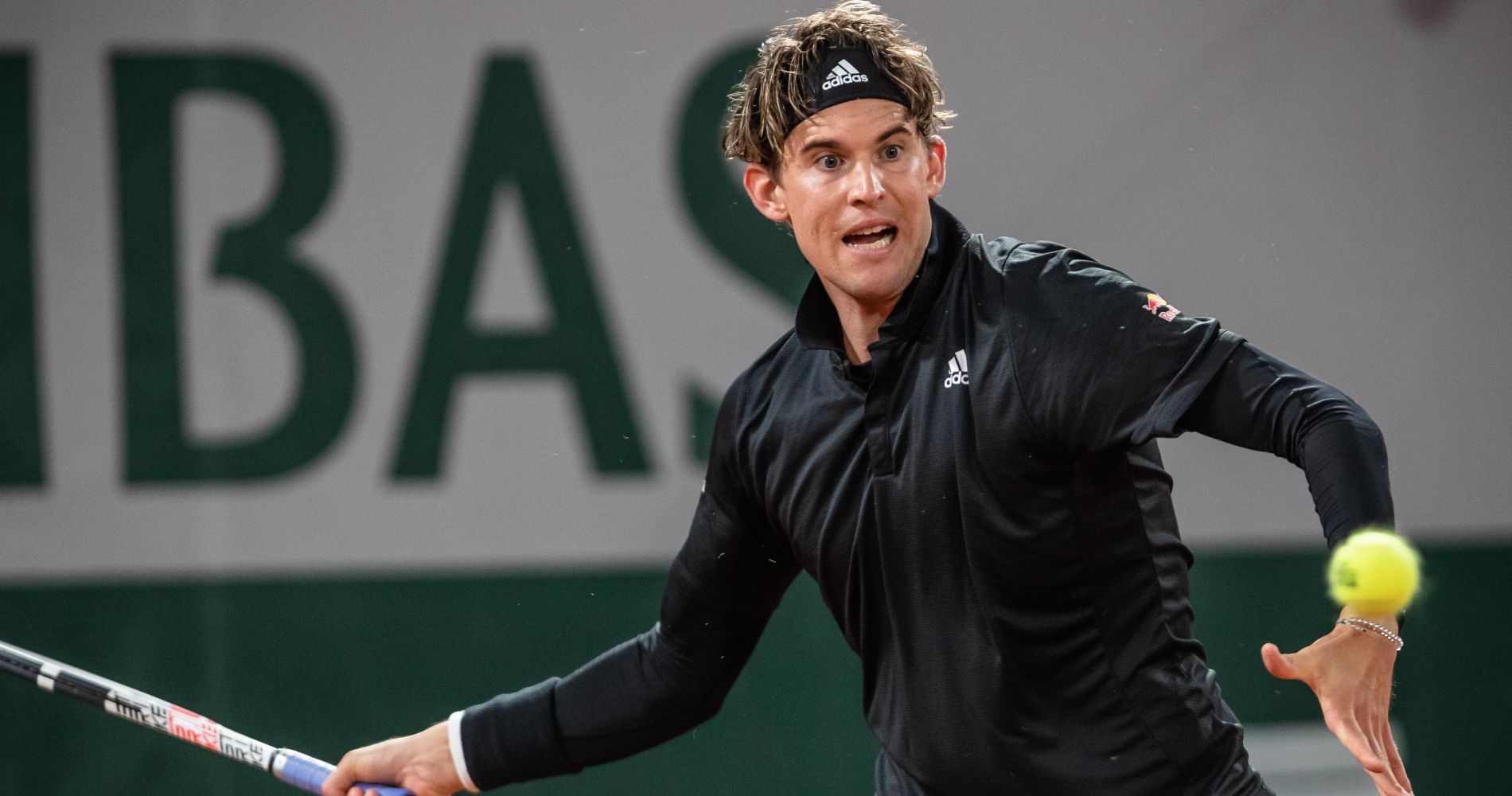 It does not look like a lack of clay-court preparation will be a problem for the US Open champion.

Dominic Thiem, who obviously skipped Kitzbuhel, Rome, and Hamburg following his emotional first-ever Grand Slam title in New York, has maintained his fine form while moving from hard courts to his favorite surface of clay. A straight-set winner over Marin Cilic during first-round action at the French Open, Thiem was dominant again on Wednesday with a mostly routine defeat of Jack Sock.

“I feel pretty good, to be honest,” the 27-year-old said. “I mean, not perfectly perfect; I guess that’s normal. I think the main thing is that I fight 100 percent like I did today. I mean, it paid off. I [saved] three set points to avoid a fourth set. That’s very important in the early rounds, to save energy, to play as [few] sets as possible. That’s good.

“Generally I’m feeling pretty good. I’m still a little bit on the happy wave of New York, I would say. Of course, at one point I’m going to get super tired. I guess all the tension and focus on Roland-Garros, it’s hiding still the tiredness and everything. I hope I can push it as far as I can.”

Set one was a beatdown of the highest order in favor of the world No 3. He lost only three points in three service games and broke Sock three times. Sock, who did well just to reach the second round of this tournament as he continues his singles comeback on the heels of various injuries, started to sink his teeth into the match during set two. The 310th-ranked American stayed on serve until getting broken at 3-4. Even after that, though, he battled hard as Thiem served for a two-set lead. Sock extended the ninth game to three deuces, but the Austrian eventually converted his third set point.

Sock’s slow but steady improvement throughout the contest resulted in a tense third set. The underdog twice recovered from a break down and went on to force a tiebreaker, in which he seized a 6-3 lead. Just when it looked like a fourth set would be necessary, however, Thiem answered the wake-up call. The two-time French Open runner-up won the next five points from 6-3 down to clinch victory.

Thiem awaits either Casper Ruud or Tommy Paul in the third round on Friday. Ruud was a semi-finalist at the Rome Masters, while Paul tested Thiem in a competitive 6-4, 4-6, 7-6(5), 6-2 contest last year at Roland-Garros.