Dominic Thiem laid down a marker on Monday as he crushed Felix Auger-Aliassime 7-6, 6-1, 6-1 to reach the quarter-finals of the US Open, setting up a match with fellow straight-set victor Alex de Minaur. 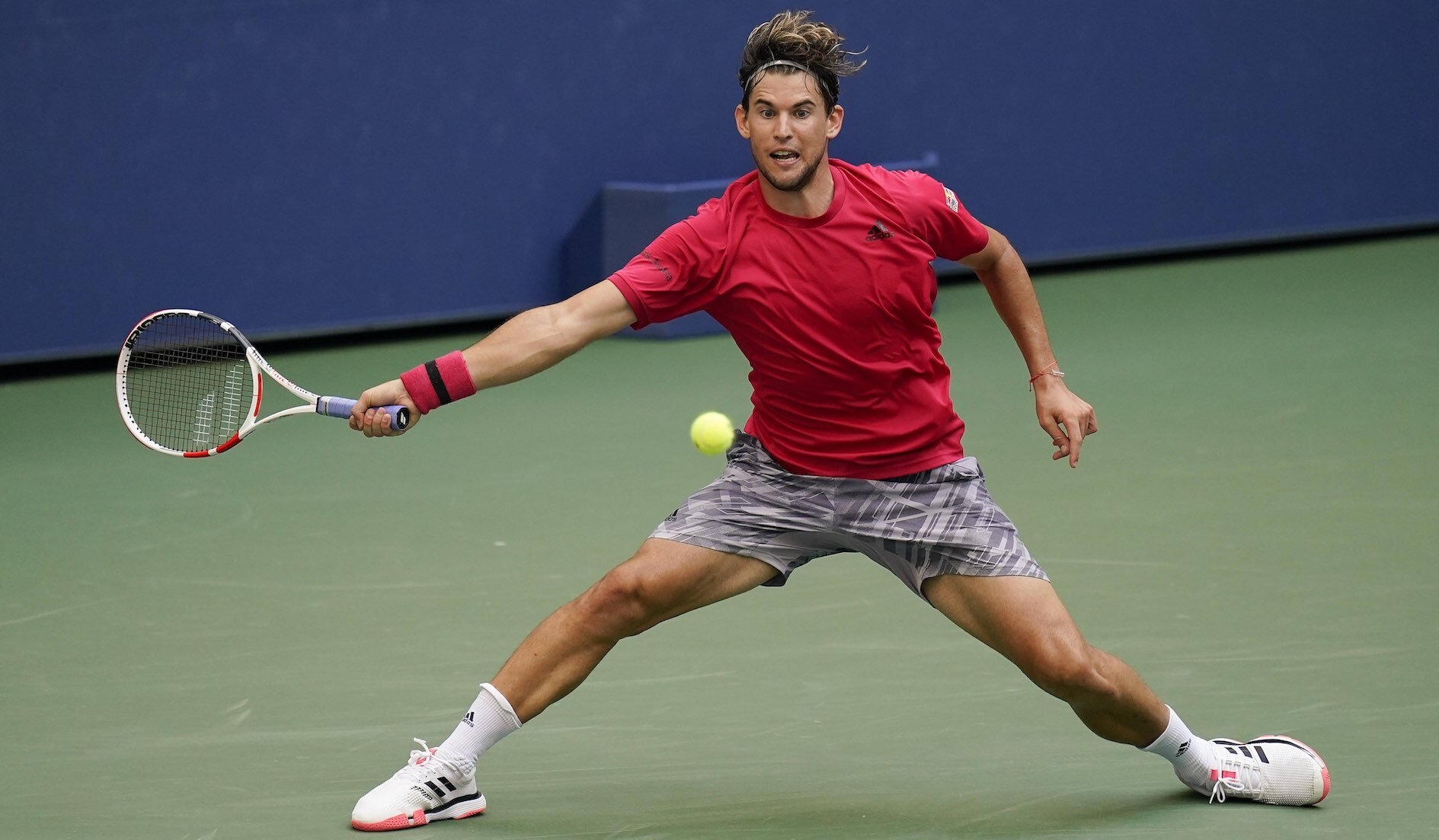 No 2 seed Dominic Thiem edged closer to his maiden Grand Slam title by fending off Felix Auger-Aliassime, 7-6(4), 6-1, 6-1. The Canadian has been on a hot streak with entertaining performances in this tournament but did not have enough to compete against the Austrian – who next faces Alex de Minaur.

The world No 3 started off on the right foot in the first set as he forced three break points in the first Auger-Aliassime service game before breaking in the fifth game. The young Canadian displayed resilience to break back at 4-5, but Thiem showed why he is one of the top players on Tour as he secured an early mini-break in the tie-break and held on to it to win 7-4.

Auger-Aliassime faced some early turbulence in the second set and as the errors flowed, Thiem seized his opportunity, snatching three straight games to start the set. The Canadian got on the board at 3-1 but Thiem then swept through again as his opponent continued to struggle with consistency.

The third set continued in the same manner as Thiem snagged a love-game break in the first game. Another break to love in the fifth game put Thiem up 4-1 and there was no way back for Auger-Aliassime.

The 21-year-old Alex de Minaur might just take some beating at this year’s US Open after he put together another superb performance to end the run of Vasek Pospisil in straight sets, 7-6(6), 6-3, 6-2.

Like John Millman in 2018, @alexdeminaur is into the quarterfinals at the #USOpen pic.twitter.com/8EPiBmUoMo

The Canadian, who had beaten Milos Raonic and Roberto Bautista Agut to reach the last 16, will rue four dropped set points in the opening-set tiebreak that went begging as 21st seed De Minaur came from 6-2 down to take it 8-6.

From then on, it was a massive uphill battle for Pospisil, whose attempts to get to the net and come forward were thwarted more often than not by the speed of De Minaur around the court and the accuracy of his passing shots. De Minaur eased through the second and as Pospisil’s resistance waned, he wrapped up victory to set up a clash with Thiem.

“The first set was crucial,” De Minaur said. “Just a few points going his way and then going mine. I got a little lucky. He’s a very tricky player, so aggressive, I know that if he is on, he’s going to blow me away. I just tried to keep playing my game.”

“I’m obviously very happy. At the end of the day, this is where I want to be, and this is where I truly believe I belong, second weeks of slams and going deep. I’m happy I’m finally at this stage. But nothing changes. Everything stays the same. Now I’ve got just another match awaiting for me. It is obviously the winner of Thiem and Felix. I have played both of them.”

“This running thing gets tiring”

Perhaps the fastest player on the Tour, De Minaur ran down everything and never seems to tire. It’s a game style that takes some doing, though, and De Minaur admitted that sometimes he would love to be a big-server.

“If I could definitely blast people off the court, then trust me, I would rather do that,” he said. “This running thing gets tiring, that’s for sure. Look, I’ve got to deal with what God gave me. He didn’t give me the best physique, I’m not as strong or as tall as other people so I have to find ways to win. That’s the way I win. Of course I take pride and I want that to be known, I want that to be my brand of tennis. And I want people in the locker room to know that if they’re going to beat me, they’re going to have to go through me.”