“I’m sitting out for the people:” Nick Kyrgios will not play 2020 US Open

Nick Kyrgios has announced that he will not be playing the US Open in 2020 due to concerns about the coronavirus pandemic. 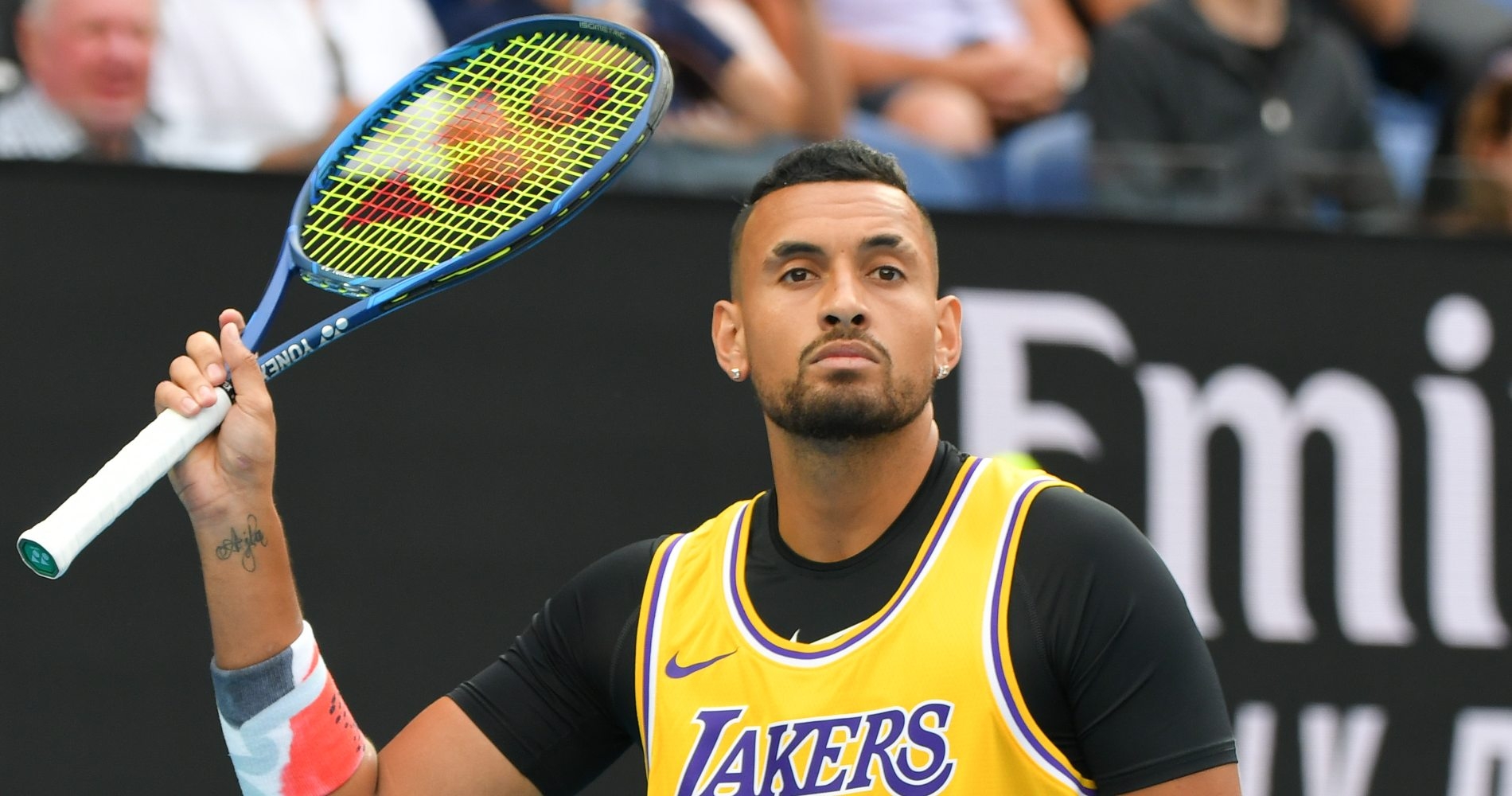 NICK KYRGIOS (AUS), wearing a Lakers basketball top in tribute to Kobe Bryant who died today in a helicopter

Nick Kyrgios is opting out of the 2020 US Open due to concerns about travelling and playing during the coronavirus pandemic. The Aussie, currently ranked 40, joins his compatriot Ash Barty, who announced her withdrawal earlier in the week.

I will not be playing this year at the US Open.

It hurts me at my core…But I’m sitting out for the people, for my Aussies, for the hundreds of thousands of Americans who have lost their lives, for all of you. #SincerelyYours, @NickKyrgios pic.twitter.com/7EecHNU82l

“Let’s take a breath here and remember what’s important ,” Kyrgios said on a video which was posted on the feed of Uninterrupted. “Which is health and safety as a community. We can rebuild our sport and the economy, but we can never recover lives lost.”

The Aussie has been very vocal about the importance of social distancing and respecting health and safety protocols during the pandemic. He has involved himself in several verbal jousts on social media with players such as Alexander Zverev and Borna Coric.

Coric with the left jab in round two, how will Kyrgios respond in this Twitter battle? pic.twitter.com/BazVf2S6s4

Kyrgios added that he has no issue with the USTA for moving forward with the event and says he hopes that players that choose to play will take the proper precautions to keep others safe:

“I’ve got no problem with the USTA putting on the US Open, and if players want to go – that’s up to them.”

The 25-year-old says he’s sitting out to protect the people, particularly those in the United States, the nation most brutally affected by the pandemic.

The United States has registered over 4.6 million confirmed cases and over 154,000 deaths as of Saturday, according to data from Johns Hopkins University.

“It hurts me at my core not to be out there, competing at one of the sport’s greatest arenas, Arthur Ashe Stadium, but I’m sitting out for the people, for my Aussies, for the hundreds of thousands of Americans who have lost their lives; for all of you, it’s my decision, like it or not, and those are my reasons.”