Maria Sakkari’s secret? “I just tried to be braver”

The Greek showed again that when you go bold, you can start winning big 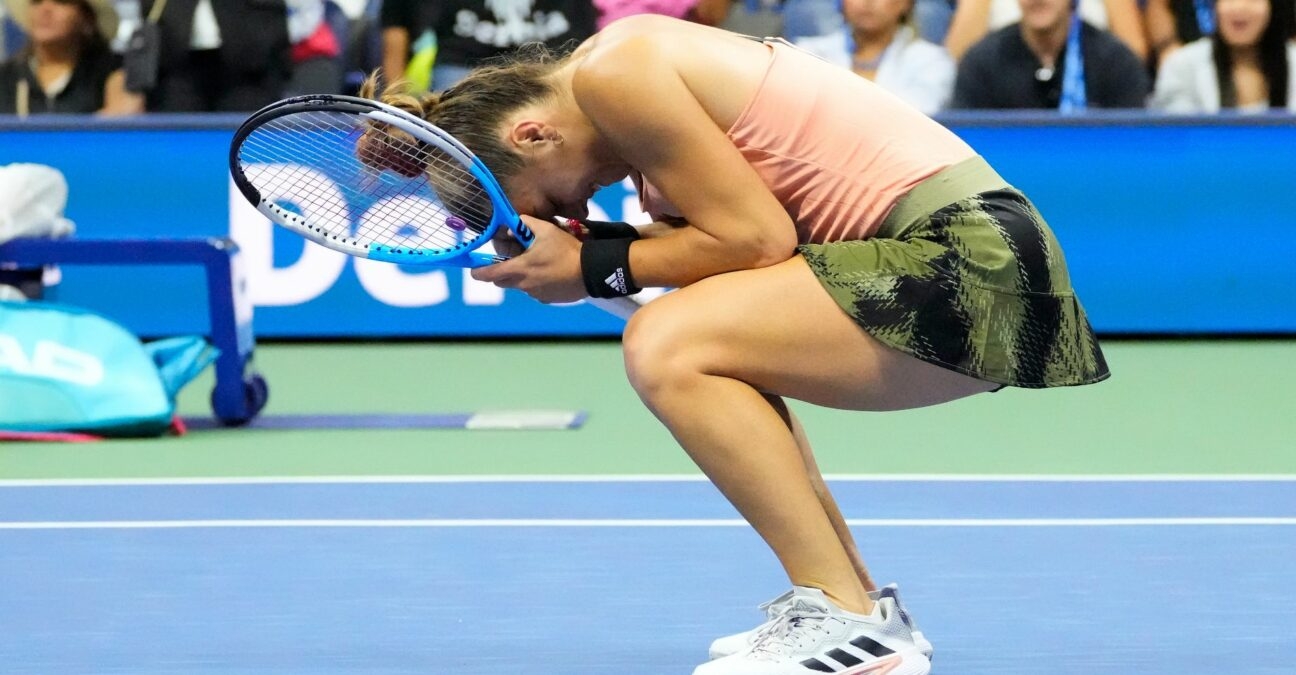 Not this time. Beaten in a tight third set by Barbora Krejcikova in the semi-finals at Roland-Garros, beaten in a deciding-set tiebreak in Montreal by Victoria Azarenka before losing, still heartbroken, in the first round of Cincinnati against Angelique Kerber (6-2, 6-2), Maria Sakkari decided to fight back. And that’s why she’s now in the quarter-finals of this US Open after an extraordinary win over Bianca Andreescu (6-7 (2), 7-6(6), 6-3).

Sakkari : “I felt I lost that bravery after the French Open”

“After my loss against Angie, I just practised for two weeks,” she said. “I had some very tough practices where I was crying because I could not feel my shots, I could not feel my tennis. I lost my identity. That’s how I called it. I lost a part of myself. With my psychologist, I found a way to come back and feel again what I felt out there today. By telling myself to be braver: it’s a process in practice and everything that has helped me to be braver. In the first set especially I was not going for my shots like I normally do. I was not very confident with my groundstrokes. I said, ‘Maria, if you want to win this match, you have to go for it. It’s better if you go for it and miss than just make balls then she hits winners.’ I just wanted to be braver, and that’s what I did. It’s something that I’ve been working on, but I felt I lost that bravery after the French Open.”

And she found it back in New York in an amazing way against Andreescu who was starting to show the form that had brought her to the title in 2019. The Canadian kept fighting back again and again but couldn’t clinch the second set and then, as it happens too often with her, her body broke down. With a leg injury against a player like Sakkari, it was game over. The Greek, by refusing to let Andreescu dictate and by taking every chance that came her way, lasted long enough to see her rival break before her.

“It was an incredible match. I didn’t have control of the match until the middle of the second set. She was better than me, but then somehow I dug in and found a way to just turn things around. I told my team before the match that I’m prepared for 7-6 in the third. Seriously, I never thought that with Bianca it would be like 6-4, 6-1 unless I played lights out tennis, hit winners left and right. But because she fights every single point, I knew that it was going to be a very tough match. Of course, when you see your opponent getting injured, you have to stay focused because you know that if you look on the other side of the net, you see that someone is hurt, you can get very stressed. You don’t know what you have to do, make balls, make them run. It’s complicated. I stayed focused on myself and did simple things. That’s why I got the win at the end.”

“Just keep fighting, that’s it. That can take you far”

In the end, Sakkari had the tiny bit of extra belief that makes the biggest difference, and the fitness level that is still running away from Andreescu. Now it’ll remain to be seen if the world No 18 can recover quickly enough to stand a chance against former world No 1 Karolina Pliskova, who seems on a mission here after losing Wimbledon’s final.

“She has played the final here too so she has more experience than I do,” Sakkari said. “But I’m just going to stick to what I’m doing best, try to return as good as I can because that’s the most important thing against Karolina. Just keep fighting, that’s it. That can take you far.”

That much is very pbvious.