Dominic Thiem is into his first US Open final after holding off last year’s runner-up Daniil Medvedev in three sets. 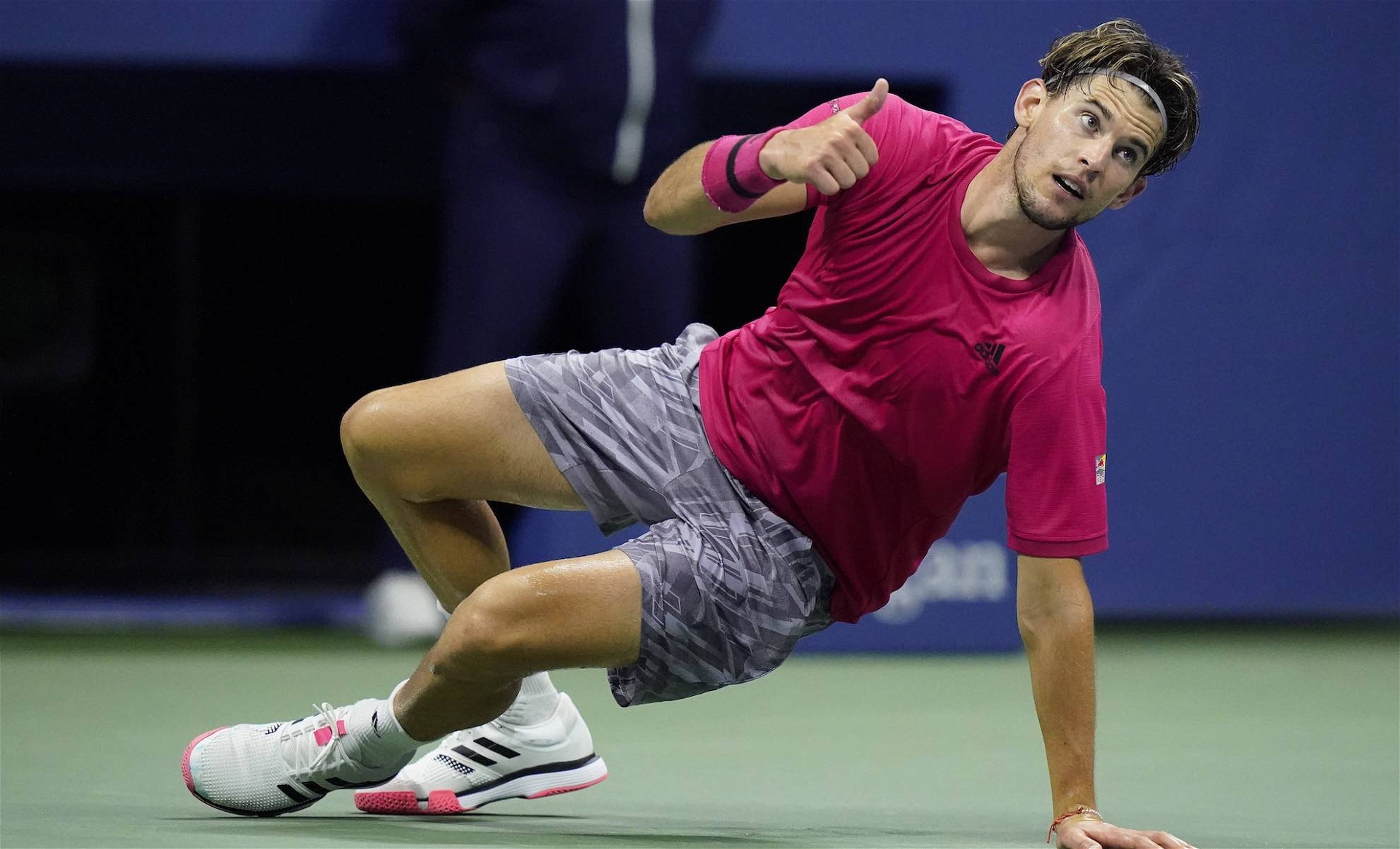 In a match where the scoreline did not particularly reflect the competitiveness of the actual run of play, it was Dominic Thiem who prevailed in straight sets to knock off 2019 US Open finalist Daniil Medvedev. The 6-2, 7-6(7), 7-6(5) victory sets up a final match-up against Alexander Zverev.

Three times a runner-up in Grand Slams, including at this year’s Australian Open, Thiem came from behind in the second and third sets to reach the US Open for the first time and on the evidence of his work throughout the fortnight, the Austrian will go into Sunday’s final as the big favourite to take the title.

The two top remaining seeds were tied in a close set early on, with Medvedev having to work harder for his service holds. However, a momentum-shifting point occurred in the sixth game with Thiem up 3-2. Thiem had a break point over the Russian when Medvedev fired a first serve out.

Thiem subsequently returned the serve while his opponent was not prepared to play the point and Medvedev hit the ball into the net nonchalantly, believing that his serve was a fault. Damien Dumusois, the chair umpire, did not over-rule the call, nor allow Medvedev to challenge his own serve and it led to deep frustrations for the No 3 seed, who was chirping with the officials with more than a hint of sarcasm. The Russian could not recover after that in the first set, as Thiem rounded out the set without dropping another game.

The second set looked to be going swimmingly for the Russian as after a short break, he broke Thiem right away in the first game. Both players held serve and Medvedev started to deploy more tactical shots, especially on Thiem’s serve, to make the Austrian move around more as the match wore on. However, as Medvedev looked to serve out the second set, it was Thiem who shifted gears to tie up the set with powerful shots that overwhelmed his opponent.

Thiem cruising, but with a cost

The two final games of the second set, along with the tiebreak, deserved a chapter of their own. After the Austrian broke Medvedev to stay in the set, it was Medvedev who looked to strike back. In the 11th game, the Russian almost broke again, but Thiem saved five break points over six deuces to hold serve. He then forced two deuces in Medvedev’s service game, but also to no avail as they head into a tiebreak.

The pair swapped a mini-break apiece early on, but Thiem picked up an ankle problem that saw him grimacing and moving around his right ankle as the tiebreak went on. However, an ill-advised Medvedev drop shot spelled the end of the set, as Thiem served the tiebreak out right afterward.

Same formula for Thiem as he turned the tide

The third set went eerily similar to the second, with the Russian securing an early break and trying to hold on. Thiem was clearly disgruntled early, complaining about not finding grip on his new pair of shoes and still struggling with his ankle as Medvedev tried to move him around more and more.

However, it was Medvedev again who blew his golden chance. He was serving out the set up 5-4 when he surrendered a crucial break again, with his opponent just playing steady and working his way back in. The tussle continued into the third set tiebreak, where Thiem ran out to a 4-0 lead. Medvedev fought back to 6-4 down but it was Thiem who stood tall and took home the final berth.

Thiem admitted the match had been close throughout and was delighted to advance to another slam final.

“I love these big matches. To face the best guys in the world is what I do the hard work for at home and in the off-season,” Thiem said. “After the first set, it was great tennis from both of us. I could have easily been down two-sets-to-one. I’m really happy to be through. It was a great semi-final.”

Germany’s Sascha Zverev awaits Thiem in Sunday’s final after he came from two sets down to beat Pablo Carreno Busta in five sets.