Home » News » US Open » Alcaraz wins yet another five-setter, beats Tiafoe to reach US Open final

Alcaraz wins yet another five-setter, beats Tiafoe to reach US Open final

Carlos Alcaraz goes five sets again and defeats Frances Tiafoe in five sets on Friday at the US Open. Alcaraz will battle Casper Ruud for both the title and the No 1 ranking. 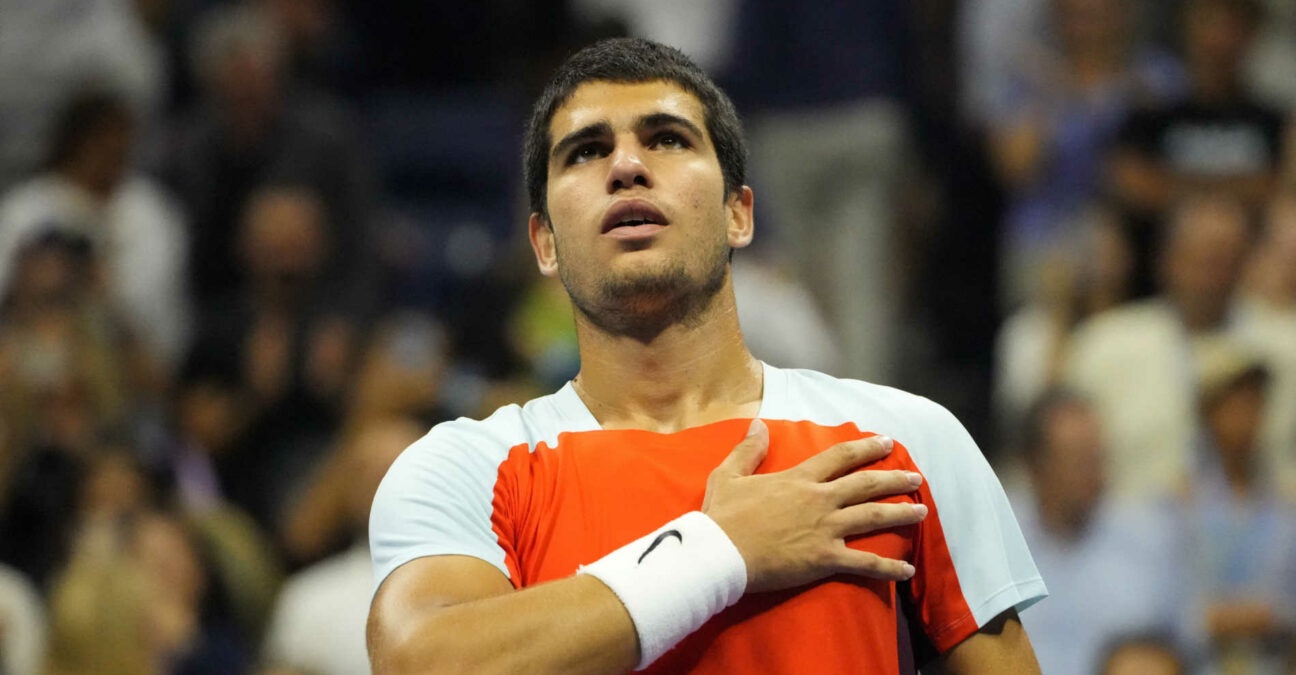 Opponents are throwing absolutely everything they have at Carlos Alcaraz. So far — and with only one player left in his way — it hasn’t been enough.

Alcaraz withstood Frances Tiafoe’s upset bid and won a third consecutive five-set match by prevailing 6-7(6), 6-3, 6-1, 6-7(5), 6-3 in the US Open semi-finals on Friday night. The 19-year-old missed a match point in the fourth set, but he recovered in the decider to triumph after four hours and 19 minutes.

Alcaraz will battle Casper Ruud for the title on Sunday. Amazingly enough, whichever man wins will become No 1 in the world. It may not be the matchup anyone expected at the beginning of the tournament, but it will be historic.

Alcaraz preceded this victory with five-set wins over Marin Cilic (fourth round) and Jannik Sinner (quarter-finals). His incredible 6-3, 6-7(7), 6-7(0), 7-5, 6-3 marathon against Sinner on Wednesday night lasted five hours and 15 minutes.

Despite it all, the Spaniard had enough left in the tank to win yet another match that went the distance.

Tiafoe forces fifth but runs out of gas

Every time Tiafoe got momentum on his side, Alcaraz had an answer. After the 24-year-old took the first set in a tiebreaker, Alcaraz broke right away in the second – and dominated the next two sets. Tiafoe improved to 8-0 in tiebreakers during the tournament by also taking the fourth.

That was preceded by an epic match-point save in which he ended a long rally with a drop-shot winner. Again, though, Alcaraz responded. The No 3 seed broke serve three times in the fifth, including at love for a 3-2 advantage and at 5-3 to clinch victory.

Tiafoe was bidding to be the first American man to win a Grand Slam singles title since Andy Roddick won the 2003 US Open. He came within one set of being the first to reach a US Open final since Roddick in 2006.

“I gave everything I had left tonight,” said Tiafoe, who held an on-court interview of his own despite the loss. “Too good, Carlos. I am happy I got to share the big stage with you.”

Now the biggest stage of all awaits Alcaraz on Sunday. 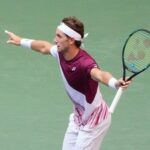 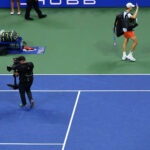 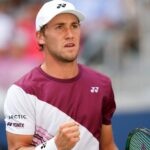 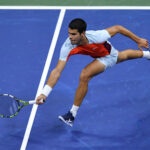 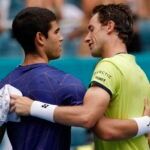