Maria Sakkari will take on Serena Williams in the fourth round of the US Open, while Tsvetana Pironkova continues her stunning return to the Tour. 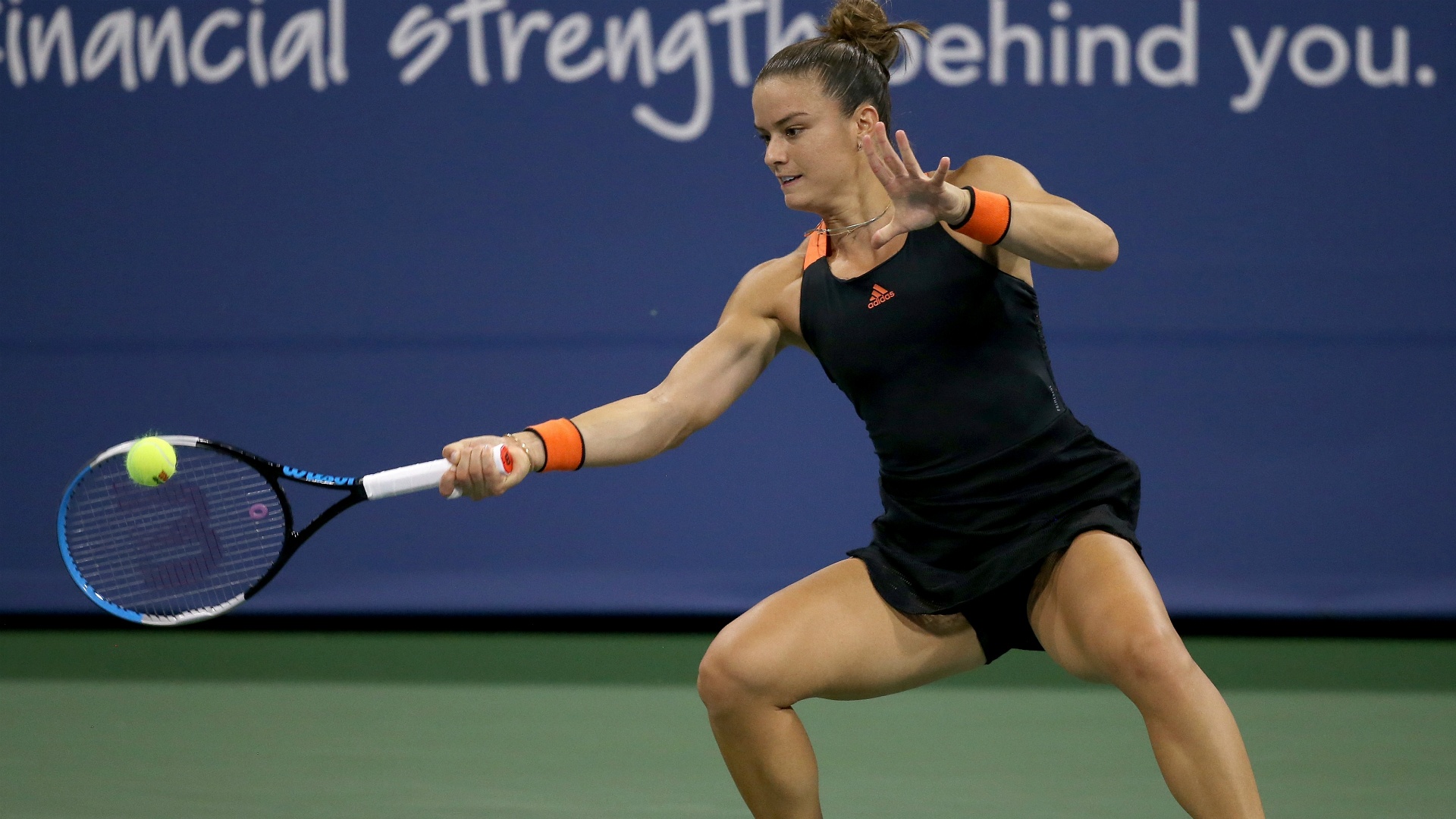 Anyone who’s seen Maria Sakkari play this year knows she’s a tough cookie, not to mention a fantastic athlete and she’s going to be centre stage in the fourth round after she beat American teenager Amanda Anisimova 6-3, 6-1 to set up a clash with Serena Williams.

Sakkari is into the last 16 in New York for the first time and her win should spread a little Greek cheer after the shock exit last night of Stefanos Tsitsipas on Friday night at the hands of Borna Coric..

“For sure, it’s so tough what happened yesterday, we can all feel the way Stefanos is feeling right now,” 15th seed Sakkari said. “That win is to get Greeks back having a smile again. I’m sure they’re proud and happy the way I played.”

Sakkari is only the second Greek woman ever to make the last 16 and now plays 23-times Grand Slam champion Serena Williams, who battled back to beat Sloane Stephens 2-6, 6-2, 6-2.

Elise Mertens is loving this brief US swing. After making the Prague final on clay, the Belgian made the semis of the Western and Southern Open and her 7-5, 6-1 win over Caty McNally means the No 16 seed is safely into the last 16 at the US Open. She could play No 2 seed and Australian Open champion Sofia Kenin next.

Western & Southern Open champion Victoria Azarenka started the evening stretch on Louis Armstrong, and she dispatched Iga Swiatek in straight sets 6-4, 6-2 to set up a fourth round encounter against Karolina Muchova.

Keys fell to Alize Cornet on Arthur Ashe Stadium. She was down 7-6(4) 3-2 before having to retire due to a neck injury.

On the other hand, No 2 seed Kenin secured a straight-set victory over 27th-seed Ons Jabeur on Louis Armstrong. The players exchanged a break and that led to the tiebreak, where Kenin snatched the set-deciding mini-break at 4-4. The American then followed up with two breaks to one in the third to secure the 7-6(4) 6-3 victory to end the night session for the women’s draw.

Considering the fact that she’s made a career of upsetting the odds, maybe it’s not that big an upset but when you think that this is her first tournament in three years after leaving the Tour and becoming a mother, Tsvetana Pironkova’s 6-4, 6-1 win over Donna Vekic was arguably the performance of the day.

While most players are shaking off the rust of five months away, the Bulgarian is proving that a three-year break is nothing and she now awaits the winner of the night match between Madison Keys and Alize Cornet.

The Bulgarian hasn’t lost a set into the Round of 16, follows up her win over Garbiñe Muguruza with a 64 61 win over 18th seed Donna Vekic.

Not bad for your 1st tournament in 3 years.