Yastremska tested, but otherwise an easy start for women’s seeds at US Open

The first Grand Slam in the pandemic is well under way at the US Open. Many big names have already won through in the women’s singles, including top seed Karolina Pliskova and former Grand Slam champions Petra Kvitova and Angelique Kerber. 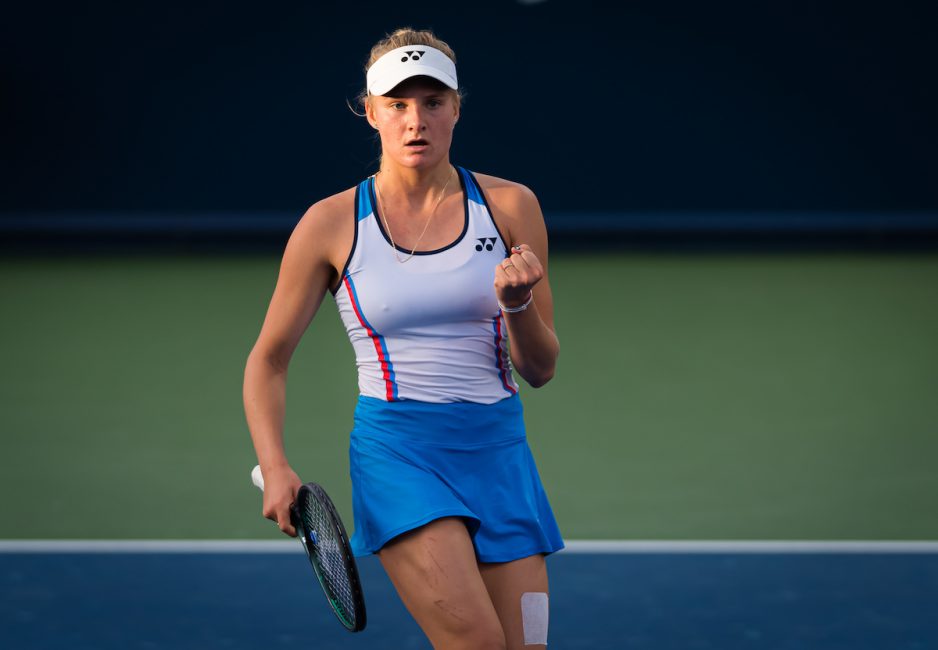 It was win for top seed Karolina Pliskova (No 1) 6-4, 6-0 over Anhelina Kalinina of Ukraine. The Czech, chasing her first Grand Slam title, will now face France’s Caroline Garcia — a 6-3, 6-2 winner over Jasmine Paolini.

Two-time Wimbledon champion Petra Kvitova (6) has rarely played her best in New York but the No 6 seed was in good form with a 6-3, 6-2 win over Irina-Camelia Begu of Romania.

Back with a bang. Angelique Kerber (No 17) didn’t play a warm-up event before the US Open. But the German showed no rust, easing past Australian Ajla Tomljanovic 6-4, 6-4.

Last year’s French Open runner-up Marketa Vondrousova (No 12), who reached the fourth round in New York two years ago, too strong for Greet Minnen 6-1, 6-4.

Allowed to play despite being in close contact with Benoit Paire, who tested positive for Covid-19, Kristina Mladenovic (No 30) rode her luck in the first set to see off Hailey Baptiste, the world No 236, who was appearing in her first Grand Slam match, 7-5, 6-2.

The surprise of the day…sort of

Although No 31 seed Anastasija Sevastova was favored according to the seedings and rankings, Coco Gauff was expected by most people to come through this first-round affair. After all, the 16-year-old had never lost in the first round of her already illustrious Grand Slam career. At the same time, Sevastova has been struggling this season. But the Latvian is a proven winner in New York (one-time semifinalist, two-time quarterfinalist) and she defeated Gauff 6-3, 5-7, 6-4 in two hours and two minutes.

When the draw came out, just about everyone pointed to Anett Kontaveit vs. Danielle Collins being one of the must-watch matches on the women’s side. After all, Kontaveit is a top 20 player and Collins made a run to the semifinals of the 2019 Australian Open. Collins showed signs of pulling off what would have been a minor upset when she took the first set from the Estonian, but Kontaveit rallied for a 5-7, 6-2, 6-2 victory after two hours and seven minutes.

No 8 seed Petra Martic also went the distance, and that was an even tougher match. The Croat got all she could handle from Tereza Martincova but came up big when it mattered most to survive 5-7, 6-2, 6-4 in two hours and 28 minutes.

Click here for the US Open women’s singles draw.