Elliot Benchetrit The Underdog edged out Benoit Paire in a dramatic sudden-death encounter to end The Rebel’s hopes of making the Final 4 of Ultimate Tennis Showdown and keep alive his own chances of qualifying for the last weekend. 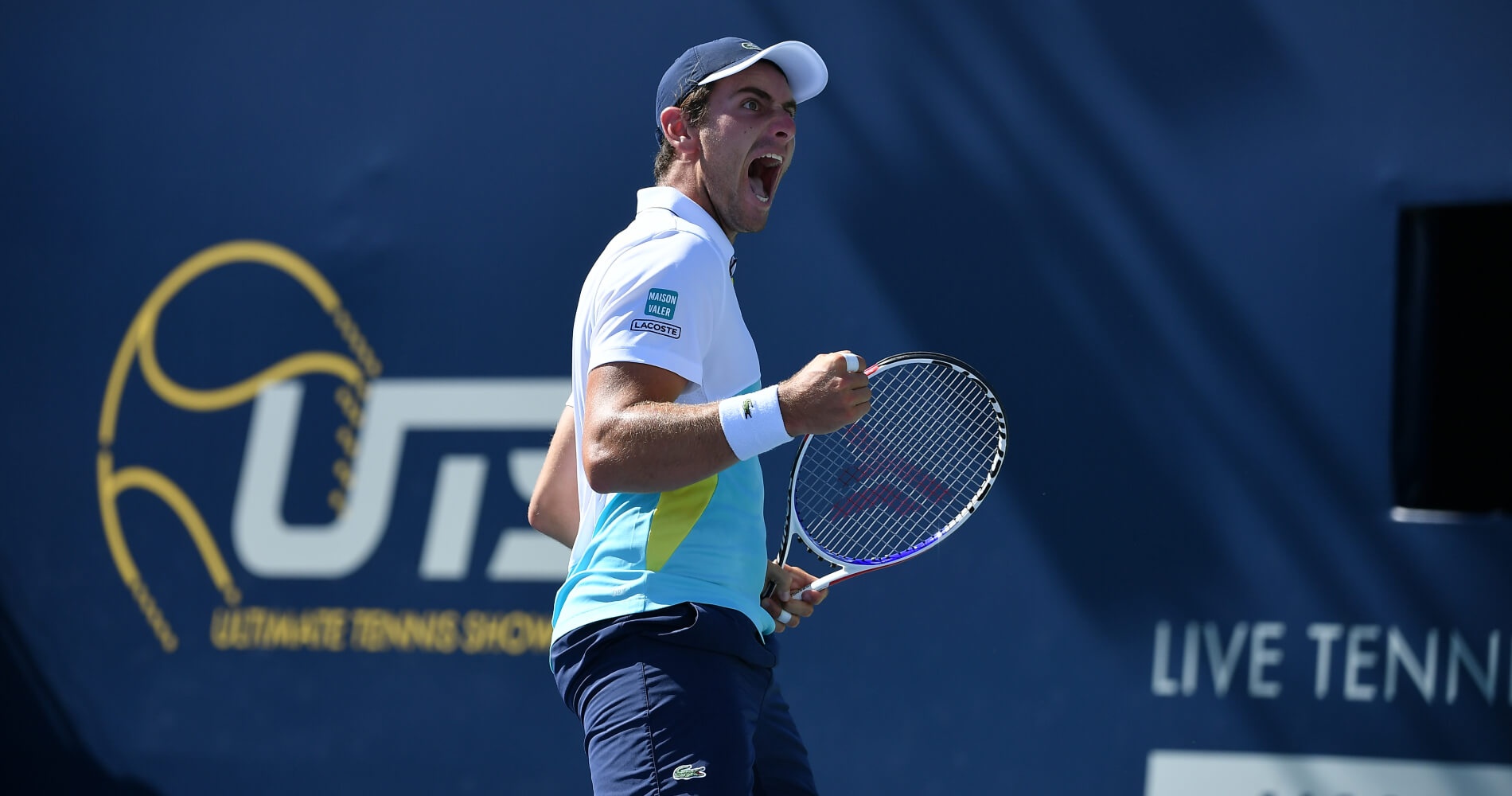 Paire needed to win all three of his remaining matches to have a chance of making the Final 4 but is now out of contention, while Benchetrit is now 2-2, having replaced Dominic Thiem in the competition after the Austrian’s withdrawal earlier in the week.

This was an encounter that had everything. From an exhausted Paire giving himself a shower with a water bottle, to the world No 22 being so tired at the change of quarters that he asked the commentator, Jenny Drummond, to just talk and let him rest; to Benchetrit slamming the ball into the side fence, to his coach calling a timeout only to tell his man to “stop talking”.

Paire showed no signs of the knee issue which bothered him last weekend but he was careful not to overdo it early on and Benchetrit, ranked 208, served brilliantly and used his cards cleverly in the first quarter to take it 19-11, banging down an ace with the winners x3 card to move ahead.

How convincing was @elbenchetrit on this first quarter?

Answer: as convincing as this return ⬇️

Paire could barely breathe at the sit-down.

“I was a little bit scared with my knee,” he said. “Not easy to move at first but I didn’t feel pain.”

As the second quarter went on, Paire seemed to improve and he moved ahead, using his steal serve card well before Benchetrit’s coach, Jean-Michel Pequery took a timeout, telling his man: “Take a decision, and go full”.

At 11-11, Paire slammed a big serve 12-11 but seemingly forgot to use his winners x3 card. At 13-11, Benchetrit cut the deficit and then at 13-12 with five seconds to go, showed amazing defence to put up several lobs but Paire was in control and should have won it, only to dump the smash into the net. That meant a deciding point, which Paire won with a big serve, only to collapse into his chair, giving himself a shower with his water bottle.

Benchetrit bounced back to win the third quarter with something to spare but with the sun causing problems at the other end, he knew he would be in for a battle in the fourth and so it proved as Paire, getting inside his countryman’s head as a couple of line-calls went against him, took it to force sudden-death. “How does it go?” he asked his coach. “Two points in a row,” came the answer.

Paire had the momentum but a big serve from Benchetrit gave him the first point and he then produced a brilliant forehand return to snatch victory and stay alive in the UTS.