Stefanos Tsitsipas turned on the style on Saturday as he crushed The Wall, David Goffin, 4-0 with a brilliant performance to finish the group stage of Ultimate Tennis Showdown with yet another win, taking his record to 8-1 and securing top spot going into Sunday’s Final 4. 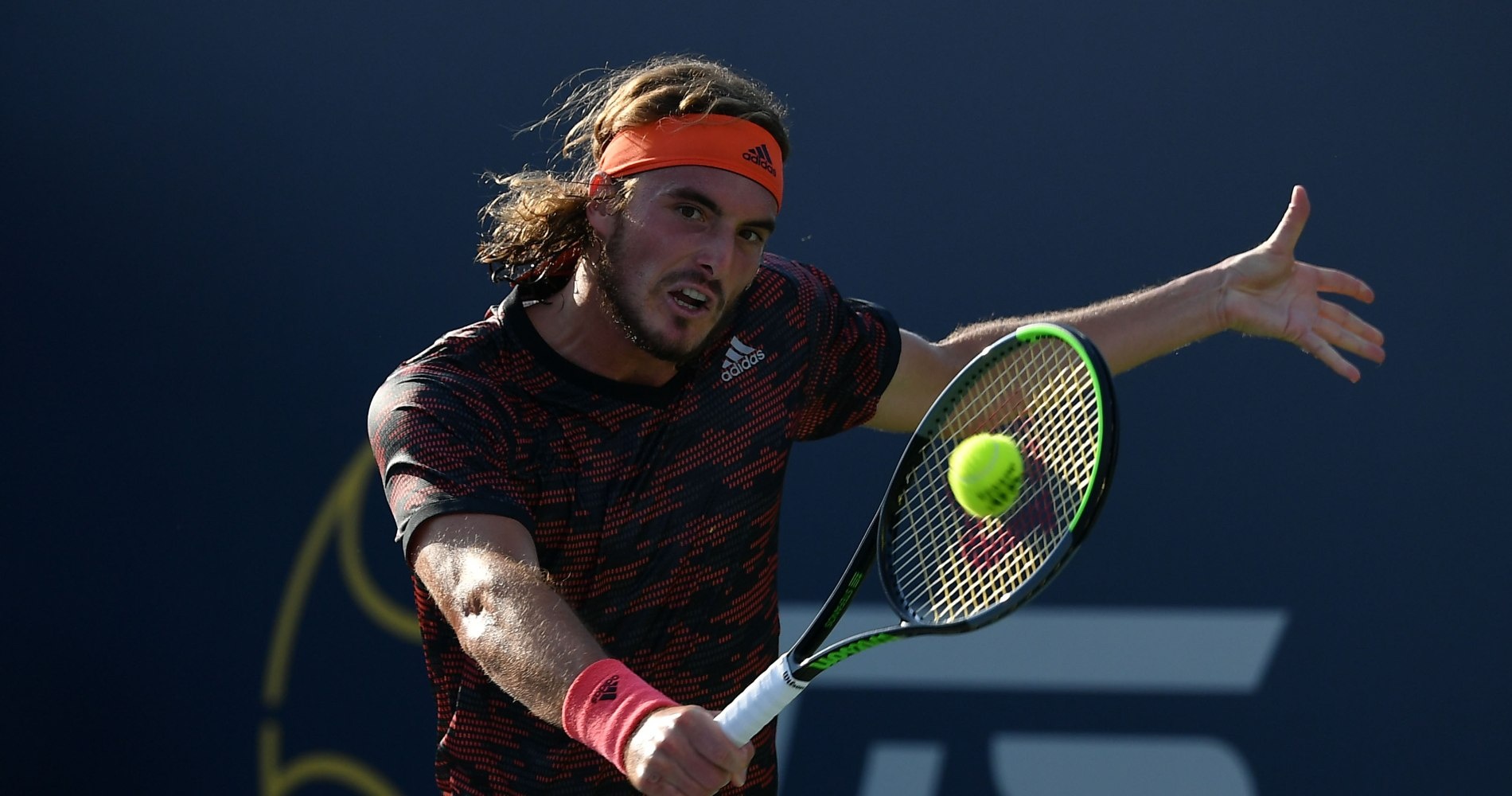 Both men had already qualified for the Final 4 but Tsitsipas laid down a marker with a brilliant performance and will take a psychological edge into their semi-final battle.

Tsitsipas won both matches in sudden death last weekend from two quarters down but there was no slow start this time as The Greek God began like a man on the mission, winning the first five points, crunching winners on both sides and serving big, never allowing world No 10 Goffin into the rallies.

The winner x 3 card worked perfectly, too, extending his lead to 15-4 with a massive ace and though Goffin finished strongly, Tsitsipas was too far in front for it to matter and he won it 18-12, a rare fast start in the competition.

“I’m surprised myself,” he said. “Let’s keep it going. It feels great. I just need to adjust my game accordingly, nothing to worry about, keep playing aggressive tennis, have everything under my control. I played a few points in practice, that helped me get more awakened.”

Goffin admitted Tsitsipas had outplayed him. “The second half of the quarter was better. The match is not over yet but I need to keep the ball off his forehand, if he can hit that, I’m dead.”

Tsitsipas picked up where he left off at the start of the second quarter but Goffin was hanging in there, trying to find his game. The Greek God led 12-6 and at 13-8, Goffin’s coach, Thomas Johansson called a timeout, asking him to be more aggressive in backhand to backhand rallies and to serve and volley on his winner x 3 cards. “It’s just like I missed like 54 backhands already,” Goffin replied.

The Belgian could not make the card count, though, and Tsitsipas ran the clock down to go two quarters to love in front.

“It’s a relief but there is still a match to play,” he said. “It’s not over yet. I have to keep my concentration up and my focus levels up, remain aggressive, remain on track.”

Goffin again rued a slow start. “I started bad, with couple of unforced errors. Now it’s time to wake up and play better at the beginning,” he said.

The third quarter was tighter but at 7-7, Tsitsipas used his steal serve card and won both points, the second with a great stretch volley off a fine pass. Goffin tried his winner x 3 card and had a chance on the first but slammed a high volley long. Tsitsipas extended his lead to 12-8 but at 13-11, with 30 seconds to go, the Belgian had a chance, only for a long rally to rob him of the time he needed and The Greek God held on to win it 14-11.

With the victory in the bag, Tsitsipas even found the energy to try a rendition of Justin Timberlake’s “Mirrors” while Goffin admitted he had been second best.

The Greek God sings (again) 🎶🎙️@StefTsitsipas has been practicing his @jtimberlake covers (and is planning to take salsa lessons). #UTShowdown pic.twitter.com/TJeia5B444

“He played well, very solid, doesn’t give any points away, serving well. He’s a great player, tough to beat him today, too good. I’ll try different things in the last quarter because I could maybe play him tomorrow,” he said.

But Tsitsipas was seeing the ball like a beach ball by now and he continued in the same vein, pushing Goffin back and slamming winners whenever he had the chance. At 14-6, he rubbed salt into the wounds with his winner x 3 card, taking advantage of one of them, and running away with the fourth to win it 22-11 and complete the whitewash.