Confident Gasquet ready for Final 4 after solid win over Paire

Richard Gasquet, “The Virtuoso”, will go into the Final 4 high on confidence after another convincing victory, this time over the colourful Benoit Paire, “The Rebel” in his final group match of the UTS. 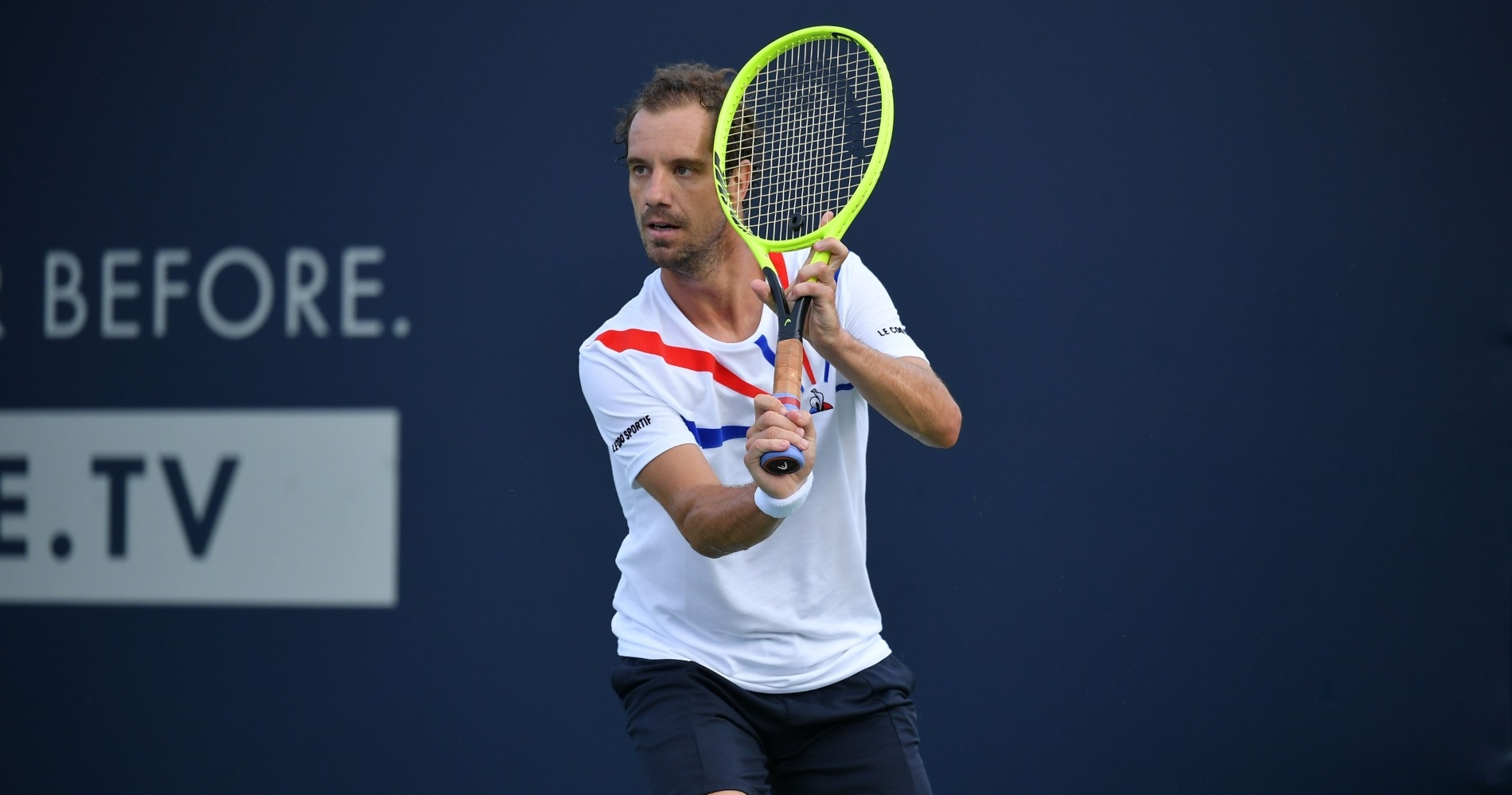 Gasquet will play “The Hammer”, Matteo Berrettini, in the semi-finals on Sunday while Stefanos Tsitsipas, “The Greek God” will take on “The Wall”, David Goffin in the other.

Though Paire was out of the running for the Final 4, there was still plenty to play for, not to mention pride, with Gasquet holding an 8-2 advantage from their head-to-head ATP meetings.

Paire had won the first quarter only once in his previous nine matches and he started slowly again, a couple of loose errors allowing Gasquet to move ahead.

At 8-5 down, Paire used the steal serve card but Gasquet won both points to take control and from their the quarter was never in doubt.

“Benoit’s a great friend of mine, but I wanted to win the first set,” Gasquet said. “He’s a very talented player, so I need to be careful. Sometimes it’s not easy to play against him… He can miss, do three double faults, but he can do everything.

“It’s not the best weekend of my life but I’m happy to play a little bit of tennis and try to enjoy the tennis, he said. “Richard’s a good friend of mine. I enjoy, even if I don’t play my best tennis. I like to play against him; if he beats me, I’m happy for him.”

The world No 22 trailed 9-6 in the second quarter as Gasquet continued to hit out but from 11-8 down, Paire produced a succession of outrageous shots, notably two forehand return winners in a row, which gave him a 16-12 lead.

He didn’t even need to use his winner x 3 card, heading one ball over the net at the end as he ran out a 17-14 winner.

“Two good returns with my forehand, for the first time in my life,” Paire said. “I did two very good drop shots in the quarter, he was not expecting it, so he was a little bit slow. Don’t tell him!” Gasquet said he had expected Paire to hit form sooner or later. “I told you he’s a talented player,” he said. “Even if he’s doing it against me, I just say congratulations, I like tennis, I like beautiful shots, so I’m happy for him. This is important for me, I want to keep playing well.”

From 7-7 in the third quarter, Gasquet took advantage of a number of unforced errors from Paire and before he knew it, he was 16-9 up.

Paire still found time to hit an incredible backhand return, a la Roger Federer, but Gasquet held on to move ahead again.

What in the world has @benoitpaire just pulled off? 😲

The pair then joined forces to chat together to the commentators, comparing their skills on the court and off it.

“We want to talk together,” Gasquet said, before praising Paire’s ability with a racquet and in the dating world. “It’s always great to play Benoit. He’s great with girls. He doesn’t miss.”

A smiling Paire hit back:

“He’s a liar. It’s not true. But Richard, you don’t move like 34. He is moving like never before. I tell you. Good luck for the next one.”

“He doesn’t miss. All the girls they like him a lot. Trust me, with pink, grey hair, he doesn’t miss a girl. He’s so good, he’s my master.”

Press ▶️ to enjoy the pure comedy as they share their on-court interview at @UTShowdown pic.twitter.com/eeKoEIaUZP

Gasquet led the fourth quarter 8-6, deciding to go for his winner x 3 card, only for Paire to win both points to level. The 31-year-old then pulled out the winner x 3 card himself but Gasquet won both to move ahead again.

At 11-9, with two and a half minutes to go, Gasquet used his steal serve card and this time he took advantage, winning both points to open up a four-point gap.

From there, there was no way back for Paire and Gasquet unloaded on a couple of backhands, just for good measure, and was able to enjoy the last minute or so as he wrapped up victory to go into Sunday’s Final 4 in good heart.