Frenchman Benchetrit sees off Brown for second win of weekend

Frenchman Elliot Benchetrit claimed his second win of the weekend as he beat Dustin Brown 3-1 to keep his hopes of qualifying for the Final 4 alive. 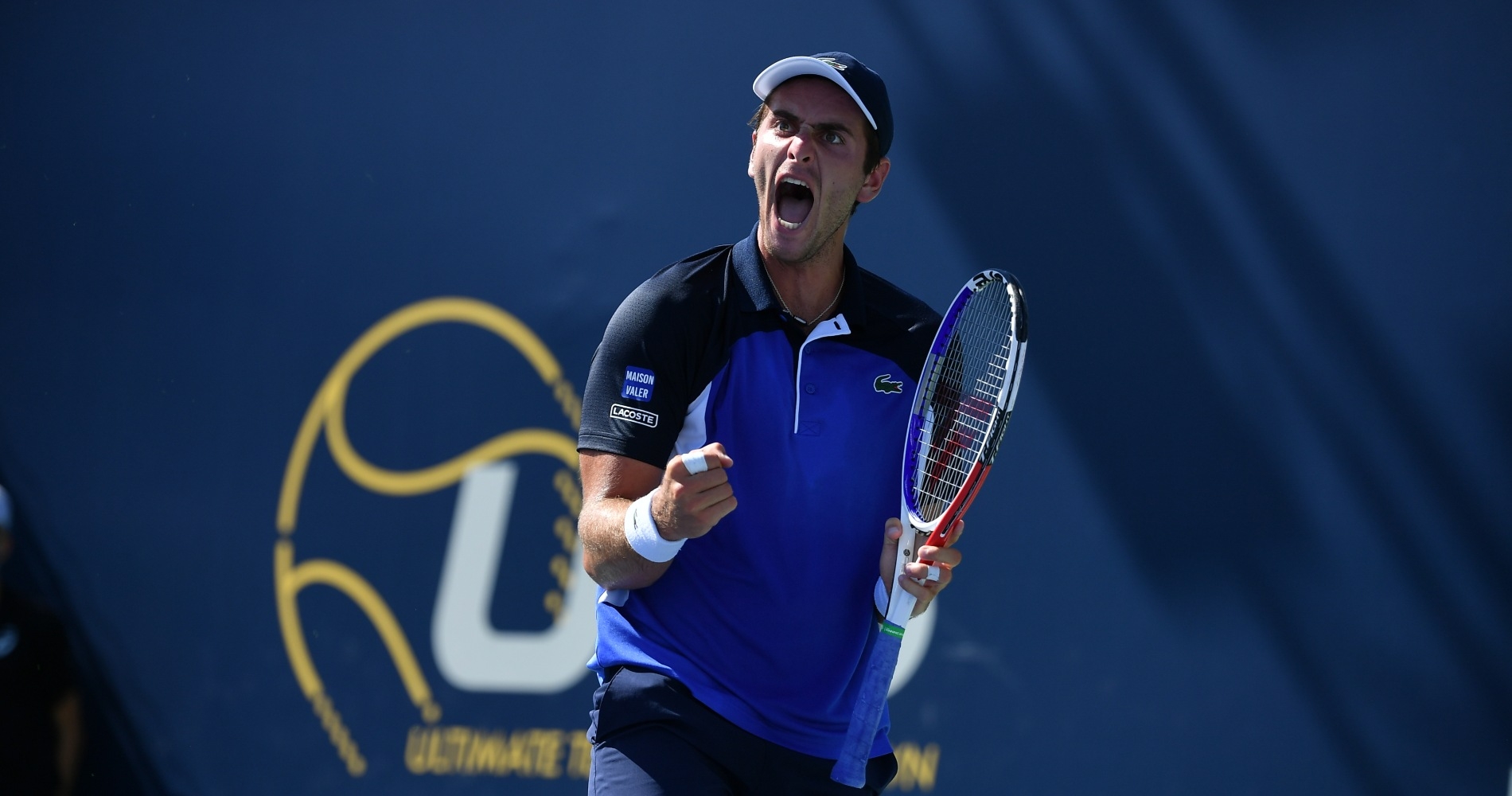 Benchetrit began brilliantly, taking the first two quarters but The Artist fought back well to win the third, including a behind the back lob. The fourth quarter was tied at 10-10 until Benchetrit hit back-to-back aces with his winner x3 card to seal victory.

The 21-year-old, ranked 208, said beating Benoit Paire the previous day, had given him confidence.

“Yesterday against Benoit was a very tough match, especially mentally,” he said. “He was trying to get in my concentration. Dustin was a bit more calm so I was feeling more easy.

Brown had picked up his first win of the UTS with victory over Feliciano Lopez on Saturday but he suffered from not making the most of his winner x3 card in each of the first two quarters.

The first quarter was close at first but Benchetrit pulled away when he won both points on the Brown winner x 3 card, the first with a sensational forehand return. From there, he didn’t look back, hammering back-to-back aces towards the end as he took it 17-11.

The second quarter was a one-sided affair as Benchetrit raced ahead 7-2 and though Brown still came up with some outrageous shots, including one stunning flick cross-court, The Underdog was in total control.

Brown moves up a gear

Things changed in the third quarter when Brown stormed ahead 10-0, this time using his winner x 3 card early, and capitalising on one of them thanks to a drop shot-forehand volley combination. Benchetrit roared back and got back to 11-9 with three minutes to go only for Brown to hit one of the shots of the tournament, a behind the back backhand lob and ended up winning the point.

Brown held on to take the third quarter 15-12 but Benchetrit gathered himself at the start of the fourth, which remained close until 10-10 when he slammed down back to back aces with his winner x 3 cards to seal the victory.