Gasquet goes to 2-0 at UTS2 by defeating Popyrin

Richard Gasquet improved to 2-0 at UTS2 with a 3-1 victory over Alexei Popyrin on Sunday. That was Popyrin’s final UTS match. 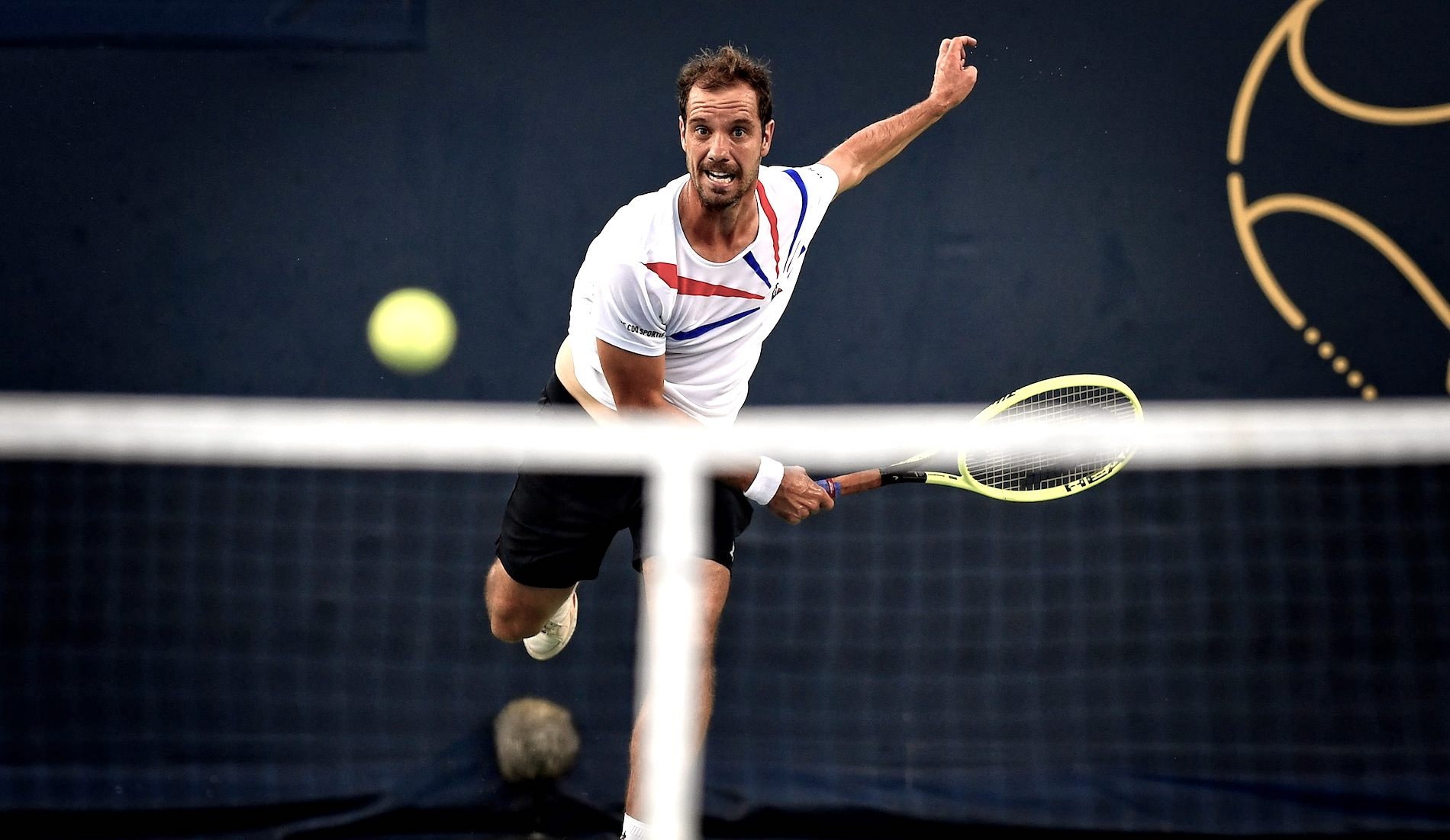 Richard Gasquet remained in ruthless form with a 15-13, 19-9, 12-16, 13-10 victory over Alexei Popyrin on Sunday night. The Virtuoso, who was a semifinalist at UTS1, is one win away from also reaching the semis this time around.

Coming off a 4-0 win over Grigor Dimitrov on Saturday, Gasquet remained perfect in the early going on Sunday. But it wasn’t easy. The Frenchman went ahead 6-2 only to see Popyrin quickly seize a 9-7 advantage. Hoping to reverse momentum back in his favor, Gasquet used a next point counts two card only to lose the first such point after a long rally ended with a forehand volley winner by The Sniper.

The Virtuoso took the next double point, however, to get within 10-9. A run of six straight points brought Gasquet to 13-10 before Popyrin took each of his next two service points when he played the must win in three shots card against his opponent. With the pressure on up 13-12, Gasquet took care of his next two service points to clinch the quarter.

“I played well,” the Frenchman assured. “But he’s playing much better than he did UTS1. I was lucky to win the quarter.”

“I missed a couple sitters, a couple of volleys. Yeah, I think he did get a little but lucky,” Popyrin joked.

No mercy shown by The Virtuoso

Quarter two began in similar fashion, with Gasquet taking an early lead and forcing Popyrin to try and get back in it with the next point counts two card. The Sniper, however, lost both of those points on serve. He used up his next card – take away one serve – immediately thereafter, also with no success. By the time Gasquet was done using his next point counts two card, he was dominating 14-6. The steal serve card implemented by The Virtuoso only added insult to injury for Popyrin. Needless to say, there was no coming back from a 16-6 deficit for the 21-year-old.

“It was a good set,” Gasquet assessed. “I didn’t [make] any mistakes. I enjoy playing against a young guy like Popyrin, but I’m still here.”

“I dunno,” Popyrin said when asked how he would turn the match around.

But The Sniper did turn the match around. Again it was Popyrin who played a card (steal serve) in the third quarter, although it did not result in the lead. Gasquet seized the upper hand early and activated a take away one serve card en route to a 9-7 advantage. The Virtuoso tried to run away with the match by using the next point counts two card, but he promptly lost both of those points. That card was the difference in the quarter, because The Sniper won both of the points when he played the counts double card. Two late double-faults by Gasquet helped Popyrin stay within striking distance going into the fourth quarter.

Serving at 9-10 and forced to serve-and-volley when Gasquet played that card, Popyrin came up with a short volley off a bounce but the point was stopped because he retreated afterward instead of continuing up to the net. That made for an automatic loss of point. With an 11-9 advantage in hand, The Virtuoso maintained his lead the rest of the way. It was another rough ending for Popyrin, who lost to Feliciano Lopez on Saturday with a controversial double-fault on match point.

This marked the end of UTS for The Sniper, who is being replaced by Nicolas Mahut next weekend. Gasquet will go up against Lopez, El Torero, for a spot in the semifinals.

“It’s good preparation for the US Open in this humidity against this kind of player,” The Virtuoso explained. “I played against Lopez for the first time 17 years ago in 2003. It will be a great match. The winner will go to the semifinals. Next week I want to win.”