David Goffin lived up to his nickname of The Wall as he kept his cool to beat colourful Frenchman Benoit Paire 3-1 and seal his place in the Final 4 of UTS. 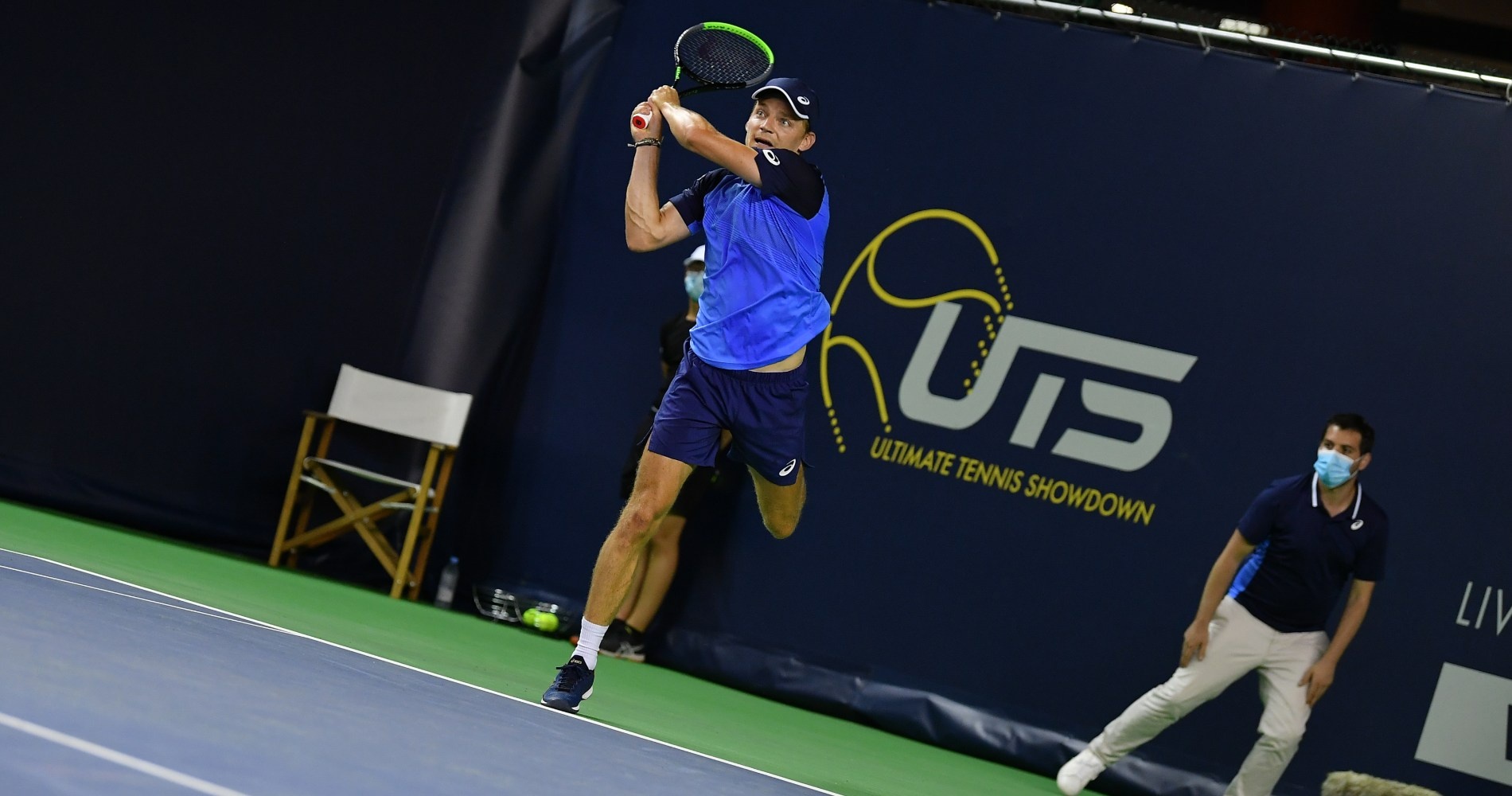 Here’s a lesson for everyone at Ultimate Tennis Showdown. The Wall might show the odd sign of crumbling but the chances are that it will still beat you in the end.

At UTS, The Wall is David Goffin and the Belgian was a happy man after booking his place in the Final 4 thanks to a hard-fought 13-15, 20-8, 16-12, 15-14 victory over Benoit Paire, The Rebel, in one of the most entertaining matches of the whole event.

“It was not easy,” Goffin said. “Like I expected, Benoit was talking a lot, he was Benoit. He had fun, sometimes it was impossible for me not to laugh after what he was saying.”

Both men were laughing in the third quarter when, with the scores at 12-11 to Paire, Goffin called for his winner x 3 card. Serving and volleying, Goffin hit his first volley towards the corner and expected Paire to go for something spectacular or just dump the ball in the net. Instead, he lofted a forehand gently toward Goffin, who put the volley away with ease, and then burst into laughter as Paire revealed his inner thoughts, thoughts he explained to the commentators at the end of the quarter. “Don’t say anything. Did you ever see something stupid like this in your life?” he said.

Paire was punching the cardboard before the match

Goffin said he could hardly believe it when Paire gave him the volley.

“It was a good volley so I was expecting him to try something, then I saw the ball and I was like, great,” he said. “I think he forgot (it was a winner x 3 point). He tried to lob, then he missed it a bit. I think he forgot.”

The Wall’s version: @benoitpaire is so stupid.

The Rebel’s version: I’m so stupid.

In the moments before the match began, Paire, who had no chance to qualify himself, was punching the cardboard walls around the court and when he won the first quarter – just about holding on – he told the commentators what it meant.

“Did you see how I destroyed the wall?” Paire said, laughing. “When I see a wall, I smash it.”

Paire : “David is a better player than me”

Unfortunately for Paire, Goffin was more resilient than the flimsy cardboard walls he punched before the match and the Belgian raced through the second quarter.

The third quarter was close all the way through until Paire’s moment of madness and Goffin accepted the gift with pleasure to move ahead.

In the fourth, Paire raised his game again and at 14-13, he had a chance to force it into sudden death. But Goffin flicked a clever pass off a Paire drop shot, and then, on the deciding point, he put away a high forehand volley to seal his place in the Final 4.

Paire brought laughter, trick shots, brilliance and sheer craziness to the UTS, the perfect man to showcase the revolutionary format, but as the Frenchman admitted at one stage during the match: “David is a better player than me”.