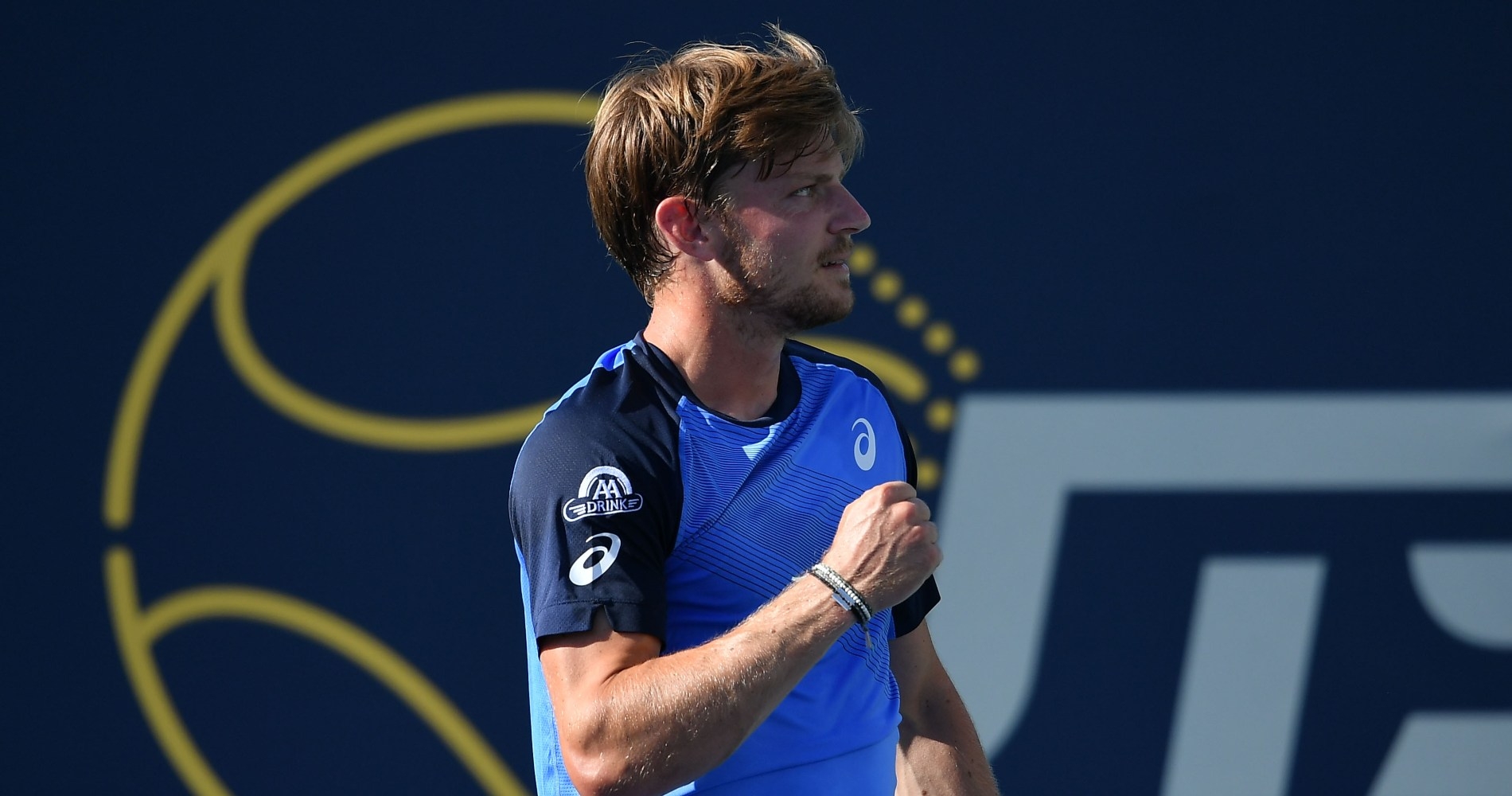 Ultimate Tennis Showdown has already thrown up some brilliant clashes of styles, but The Wall versus The Torero will be close to the top of the list, pitching the classical serve and volley game against the baseline counter puncher.

The Wall seals the deal 🙌@David__Goffin wins the first sudden death of the weekend to steal the match from @feliciano_lopez.#UTShowdown pic.twitter.com/alQdRd0uhJ

It was a year ago on the grass courts of the Queens Club in SW London when Lopez won his second singles title, following up with a popular doubles victory with Andy Murray. But the popular and evergreen Spaniard has proved that he can adapt to any format, winning two out of his opening matches so far in UTS.

Arguably the most important aspect of this exciting new format, that encourages speed of play and speed of thinking, is the use of ‘UTS cards’ of which players are allowed a pick of two from four pre-match, two of which can be utilised in each of the four 10-minute quarters.

And it was The Torero who was the first to roll the dice of ‘Steal Serve’ to have four consecutive points on his own delivery. But, as on Saturday, it was The Wall who was able to soak up the pressure, even playing Lopez at his own game and punching volley winners away at the net.

Has to be a wicked backhand to get "The Wall" @David__Goffin out of the picture. #UTShowdown pic.twitter.com/KsvhTozwJr

Seeing the ball so well, as he did in his defeat of Alexei Popyrin, Goffin edged ahead by two points as the opening quarter ticked into the final minute. And with both players having expended both of their cards, Lopez found two big serves in the nick of time to take it to a deciding point – the pressure then getting to The Wall, who threw in a double fault to lose the quarter.

“I think I was very lucky, honestly,” said Lopez afterwards. “He had four-point lead and I was a little lucky in the last quarter. I had the two service points to go 13-13 and he might feel a little bit of pressure to have been leading in the score and ending up with a deciding point. So, he double faulted and I was lucky. I hadn’t played good in this quarter.”

Into the second, and again it was Goffin with the early lead, pressuring The Torero into errors by timing the ball early from the baseline to establish a 6-1 advantage. It was the right time for Lopez to play his Steal Serve card, giving him an additional two serves against the Belgian. It paid off, two points the outcome to put some doubt back into the mind of The Wall.

But it was Goffin who made the most of his cards in the second quarter, keeping a Steal Serve up his sleeve and nursing a 7-point advantage – enough to see him home 17-11.

The day’s preceding matches had seen an unprecedented three straight 4-0 drubbings, a rarity in this format from the previous weekends. But with the match tied at 1-1, this encounter would be going to a fourth quarter whoever won the next.

It was Goffin who carried the momentum into the next, forcing Lopez into a Steal Serve card at 1-5 down. The Torero vented his fury after a netted backhand and kept chuntering to himself at a series of missed first serves, but with only three minutes left on the clock, only a couple of points separated the duo.

As is so often the case in this format, the man who plays their cards better at the right time so often emerges victorious, and it was Goffin who kept his nerve to edge it out 13-11.

“Sometimes it’s like that, I don’t choose, it’s Ultimate Tennis Showdown,” commented Goffin after almost surrendering his lead at the death. “At the end he served well and he goes for it because he’s behind. It’s really tough. You watch the clock and you don’t know what to do. It’s a different stress, it’s not easy but at the end I make a good point and came into the net to finish it.”

All was not lost for Lopez, who still boasted a 2-1 record in the UTS and a sudden death play-off on the cards should he win the next. And it was another very tight quarter, The Torero stealing two points against the Goffin Winner x3 card to open a gap before a beautiful forehand pass and backhand dink put the Spaniard in prime position for the play-off, and so it transpired.

In the result of a sudden death play-off, the player who wins consecutive points wins the match, meaning every point after the opener is match point. Having won the most points, The Torero was first to serve, banging down an ace to give him match point. But a missed forehand threw back the initiative to Goffin, who won the tie with a clean backhand return winner.