It will be Anastasia Pavlyuchenkova versus Alizé Cornet in the final of the first-ever women’s UTS event on Sunday after The Thunder cruised past Ons Jabeur 3-0 in Saturday’s nightcap. 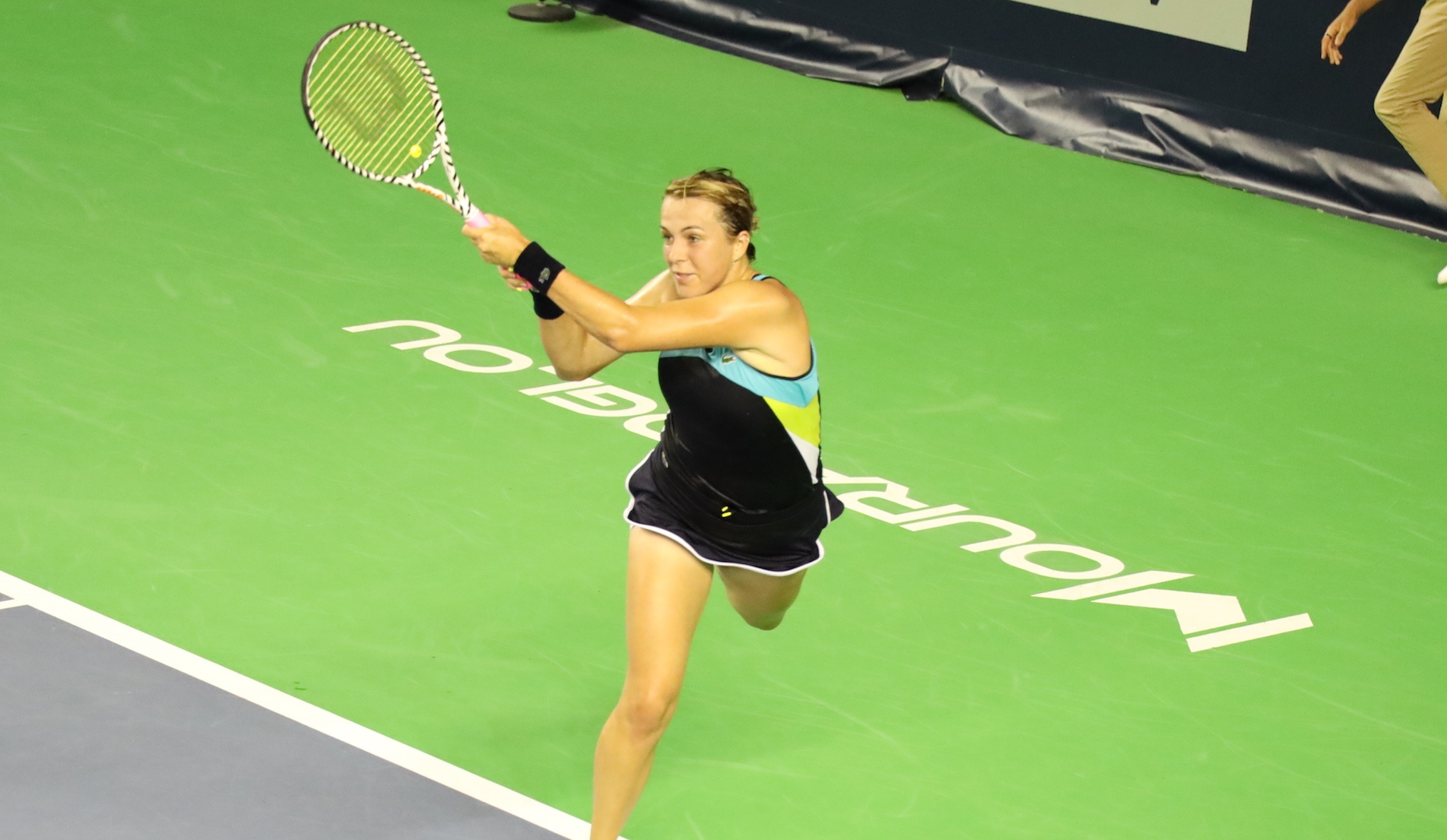 Anastasia Pavlyuchenkova wrapped up the first day of women’s UTS action by sweeping Ons Jabeur 3-0 on Saturday night. The Thunder produced huge forehand after huge forehand and had every answer for The Warrior’s craftiness to earn herself a routine victory.

As a result, Sunday’s final pits Pavlyuchenkova against Alizé Cornet – who defeated 13-year-old Brenda Fruhvirtova in the first women’s semifinal.

Neither woman used her take away one serve card with much success in the first quarter and there was little separation between the two competitors the whole way. Pavlyuchenkova had a chance to take complete control while serving up 13-9 with a next point counts two card. However, a double-fault kept Jabeur alive. The Warrior briefly leveled up with an ace off the net cord on a winner counts three point, but Pavlyuchenkova took the next two points for a 15-13 lead. The final point came as time expired, and The Warrior needed it to force an extra point. After a long rally, she netted a forehand volley to give Pavlyuchenkova the quarter.

“Honestly I’m dead, and it’s only one quarter,” said The Thunder, clearly exhausted.

Pavlyuchenkova seized the upper hand in quarter two with a pair of next point counts two success starting at 5-5. Jabeur used the same card immediately thereafter but won only one of the points, leaving her behind 10-7. The Warrior tried to get it all back with a winner counts three card on her next service sequence, but she used it without success. Pavlyuchenkova built her lead to 13-9 with less than a minute remaining to seal her 2-0 lead.

“It could have been better, because I’m not really happy with my serve,” The Thunder admitted. “It’s bothering me. I don’t like it. It’s different – the first time I’m playing in these conditions.”

“I’m trying to find my rhythm,” Jabeur explained. “Yes, I’ve made a few dropshots – but it’s not really working. I’m going to change it up for the third quarter.”

With momentum in hand, The Thunder came storming out of the gates in quarter three. She blasted two straight forehand winners for 2-0, benefitted from two Jabeur errors for 4-0, and soon led 5-0. Sensing the kill, Pavlyuchenkova stole the serve from The Warrior at 5-1. It worked to perfection, as she won the next two points for a massive 7-1 advantage. Jabeur played two cards in a row (next point counts two and opponent serve and volley) to get back in it. The Warrior pulled to within 8-7 and then leveled things up at 10-10. That was as close as Jabeur would get to winning a quarter, however, as forehand errors came fast and furiously to end her chances. Pavlyuchenkova took the final six points to cap off her victory in style.

“It felt like a real match,” The Thunder concluded. “It was a great challenge and she’s fun to play against. It was kind of tiring; the conditions are difficult and she’s a tricky opponent… It’s been a while since (Cornet and I) played. But we know what to expect from each other.”