The Greek God is into the final of the UTS after Stefanos Tsitsipas beat David Goffin 3-0 to set up a clash with Matteo Berrettini later on Sunday. 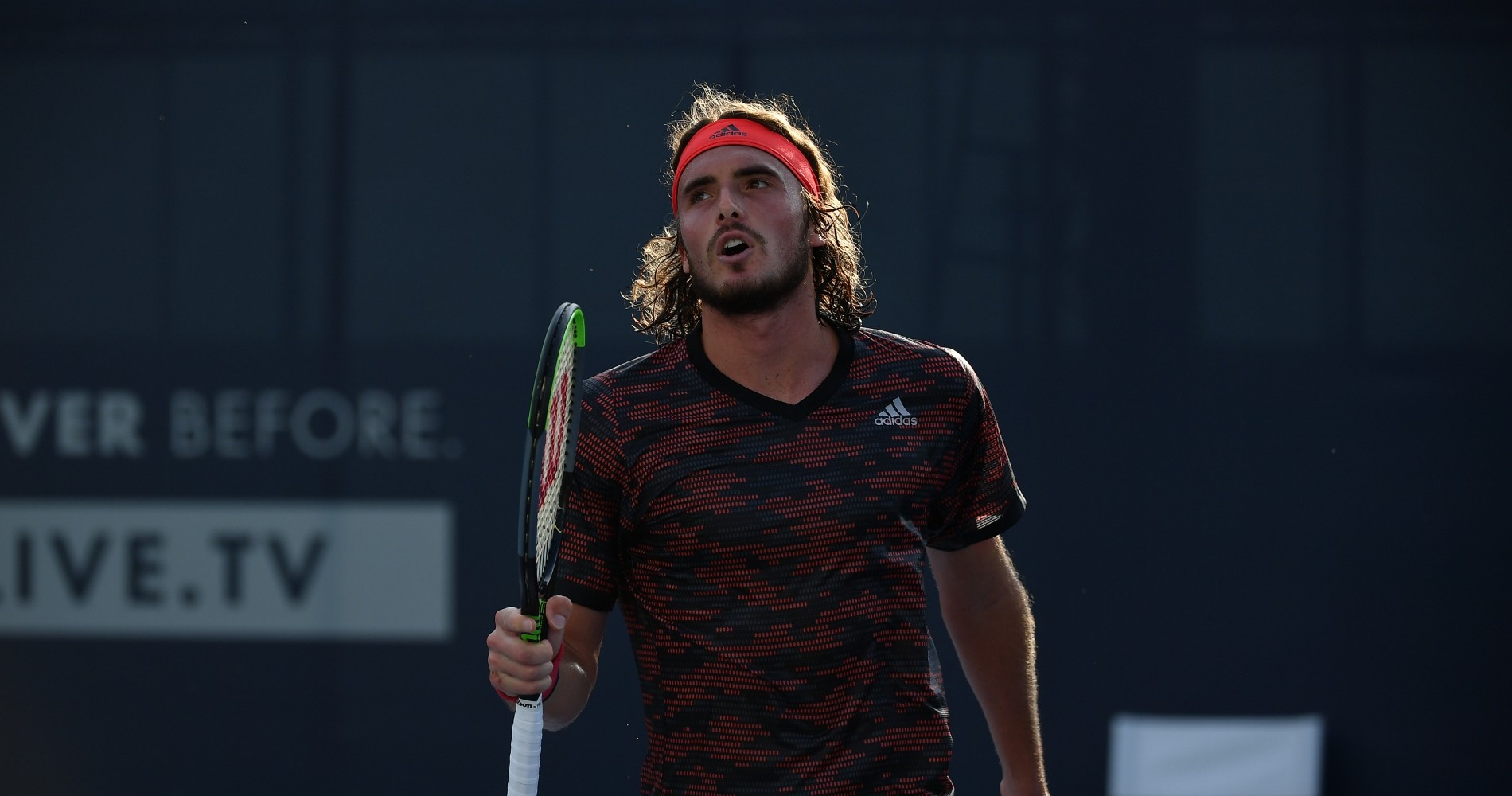 World No 6 Tsitsipas used his serve and bruising forehand to great effect as he won 15-11, 13-11, 13-12, holding off an improving Goffin to give himself a chance to lift the inaugural UTS title.

“The Wall”, Goffin had a chance to extend it to a final quarter but Tsitsipas hit another club of a forehand to pinch it and set up a mouthwatering final.

The Greek God @StefTsitsipas sweeps past David Goffin 3-0 to book his spot in the @UTShowdown final. pic.twitter.com/TEbSDx2NqP

“The Hammer”, Berrettini, booked his place in the final, after he beat Richard Gasquet, The Virtuoso, in sudden death in the first semi-final.

Tsitsipas had dominated Goffin in their group stage match the previous day (4-0) but the Belgian came out a totally different player, taking returns early and looking to move forward at every opportunity.

At 6-4, the world No 10 tried to press home his advantage, using his -1 serve to put some pressure on Tsitsipas serve. But The Greek God stayed strong, won both points and a run of five points from the next six put him in charge. Goffin tried his winner x 3 card at 7-9 and levelled at 9-9 but Tsitsipas had both cards left and at 12-10, he won both points on his opponent’s serve to seal the opening quarter.

“I knew it’s not going to be as easy as yesterday (Saturday),” Tsitsipas said. “David worked really hard to be in the semis so he won’t let it go easy, I’m still expecting a fight.” Goffin was not too discouraged.

“It was better, I have more energy today (Sunday). But just at the end, one or two points made the difference but it’s already much better than yesterday (Saturday).”

Former Australian Open champion Thomas Johansson, the coach of Goffin, called a timeout at 2-2 in the second quarter, spotting that his man was struggling in the forehand to forehand rallies against the heavy Tsitsipas ball.

“When he’s spinning on your forehand you cannot go spin back because there’s so much frequency on his forehand,” he said. “Try to be more heavy, a little bit of brush, but heavy,” he said.

“It’s flying. I don’t know how he hits the forehand, but it’s flying. It’s moving right and left…”

The @StefTsitsipas forehand is making life difficult for @David__Goffin today.

“It’s flying. I don’t know how he hits the forehand, but it’s flying. It’s moving right and left…” #UTShowdown pic.twitter.com/qsQM1x1gHg

Tsitsipas was not about to be knocked out of his stride, though, and six straight points from 2-3 put him in charge again. Goffin continued to fight, getting back to 12-8 and then 12-11, but time was on Tsitsipas’ side and he held on to double his lead. Asked why he’d saved his winner x 3 card to the last minute in both quarters, The Greek God said it was deliberate.

“Yeah, that’s my tactic, to apply more pressure. In case the score gets close, I think it’s really important to put pressure on my opponent. I don’t feel much pressure when I’m up in the score. I made a good decision to use it late.”

Goffin just couldn’t keep the ball away from the Greek’s forehand and Tsitsipas led 8-5 but at 8-6, his father and coach, Apostolos, called a timeout, urging his son to use his serve and forehand and be more balanced.

Tsitsipas was out of breath and only spoke to his father in Greek, looking stressed even though he was two quarters in front.
Things got even more tense when Goffin suddenly found form, ripping a backhand pass up the line and then hitting an ace to level at 8-8, before going ahead 10-9 and then 12-11 with just 30 seconds to go.

But Tsitsipas found the baseline with his return and then the sideline with his forehand and then, on the deciding point, forced Goffin into the corner with another brutal forehand to win it 13-12 and take his place in the final.