David Goffin lived up to his nickname of “The Wall” on Saturday as he blocked out all the drama coming from the other side of the net to beat Frenchman Corentin Moutet and claim his fourth win in seven matches at the UTS. 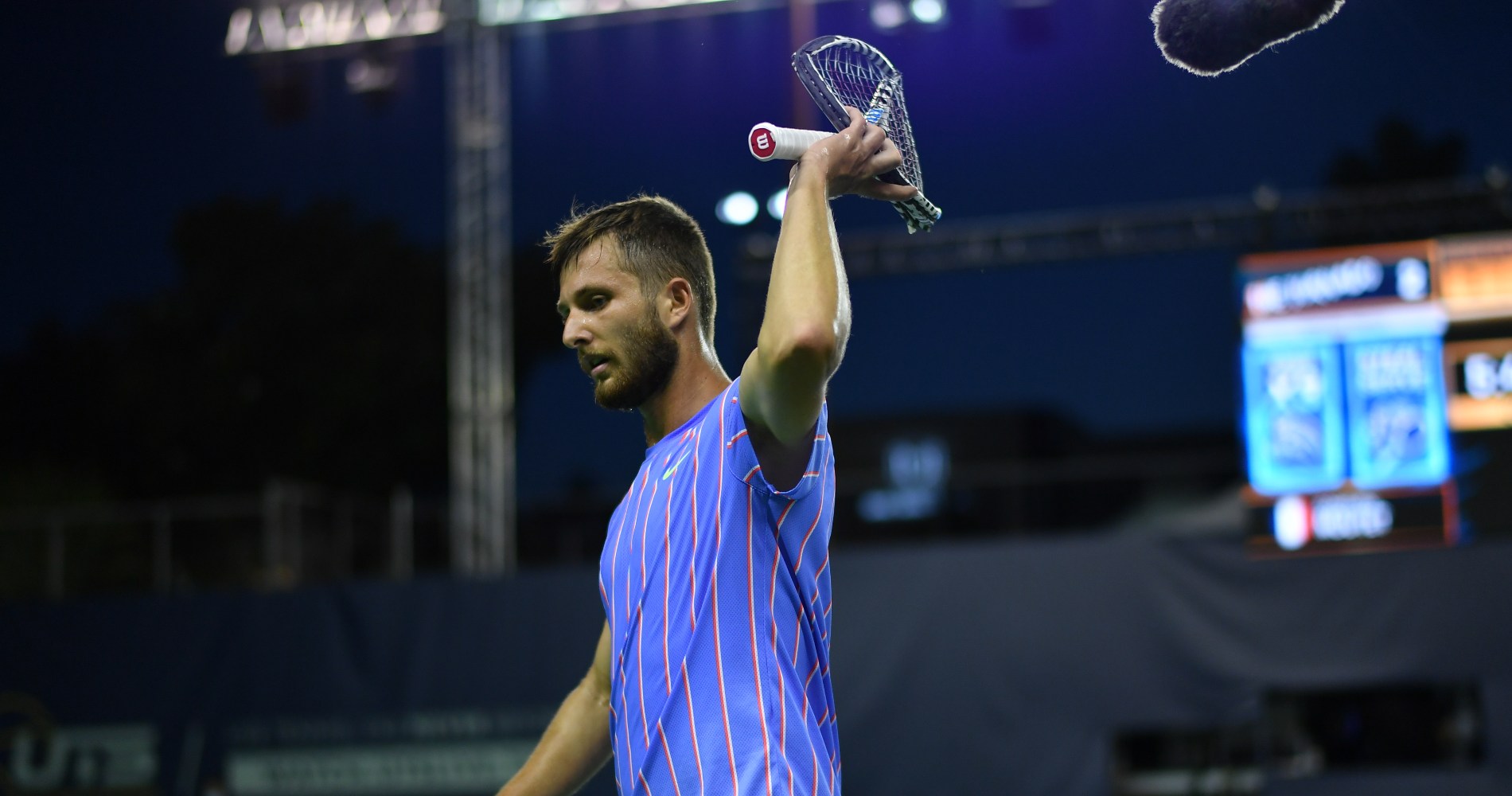 Corentin Moutet, “The Tornado”, the world No 75 and one of the most promising players on the Tour, produced his usual cocktail of drop shots, incredible angles and general craziness. But Goffin stayed strong to take his record to 4-3 with a 19-11, 12-14, 14-10, 20-7 victory.

There were broken racquets – two of them snapped by the foot of Moutet – tweeners, lobs, drop volleys, underarm serves, even a behind the back attempted pass – but Goffin kept his head while Moutet lost his to take the win.

What a way to end the match 🙌@David__Goffin wins 3-1 against @moutet99 on a stunning finish. The Wall makes it back to the Top 4 ahead of Day 8.#UTShowdown pic.twitter.com/tpCEBOz5MP

The first quarter was anyone’s for the taking before Goffin stunned everyone by hitting back-to-back aces at 10-10 when using the winners x3 card.

Perfect start 💯@David__Goffin serves back-to-back aces with his winner x3 card to secure a 1-0 a lead against @moutet99.#UTShowdown pic.twitter.com/fNA8Vd6bsB

When Goffin led 7-1 in the second quarter, it looked like he would go up by two quarters to love but then it was Moutet’s turn to use the winners x3 card to his advantage, coming from 9-4 down, thanks to a superb serve and drop volley.

At 12-12, with time running out, Moutet used the steal serve card perfectly and won the next two points to take the quarter and level the match.

The third quarter was close and Moutet led 7-4 but Goffin fought back and when the Belgian led 10-8, Moutet used his winners x 3 card but lost both points and the world No 10 snuck the quarter. “I think he was probably the better player in that quarter,” Goffin said.

The Tornado flies away with the 2nd quarter 🌪️@moutet99 levels up the match 1-1 with a close 14-12 quarter win.#UTShowdown pic.twitter.com/uUh06DqgFx

Two racquets get the treatment

The fourth quarter was all Goffin, though, as Moutet lost his rag, twice putting his foot on his racquet and snapping them early on. From then on, it was one-way traffic though Moutet still found time to hit a behind the back pass, demonstrating, yet again, that he has more shots than almost anyone in the game. Goffin said taking the -1 serve card, along with the winner x 3 card, had been useful.

“I wanted to try to be aggressive and maybe force a double fault with the pressure. After the coaching timeout, Thomas (Johansson, his coach) asked me to be on the baseline for the return, then I was ready for the second shot.”

“Listen – now we step in on the second serve returns and put pressure.”@tompatennis calls a coaching timeout as @David__Goffin finds himself trailing Moutet in the third quarter…#UTShowdown pic.twitter.com/2j49rZHIiJ