The Greek God, Stefanos Tsitsipas, produced another amazing recovery as he came from two quarters down to beat Matteo Berrettini, The Hammer, in sudden death to become the first man to qualify for the Final 4 of the Ultimate Tennis Showdown. 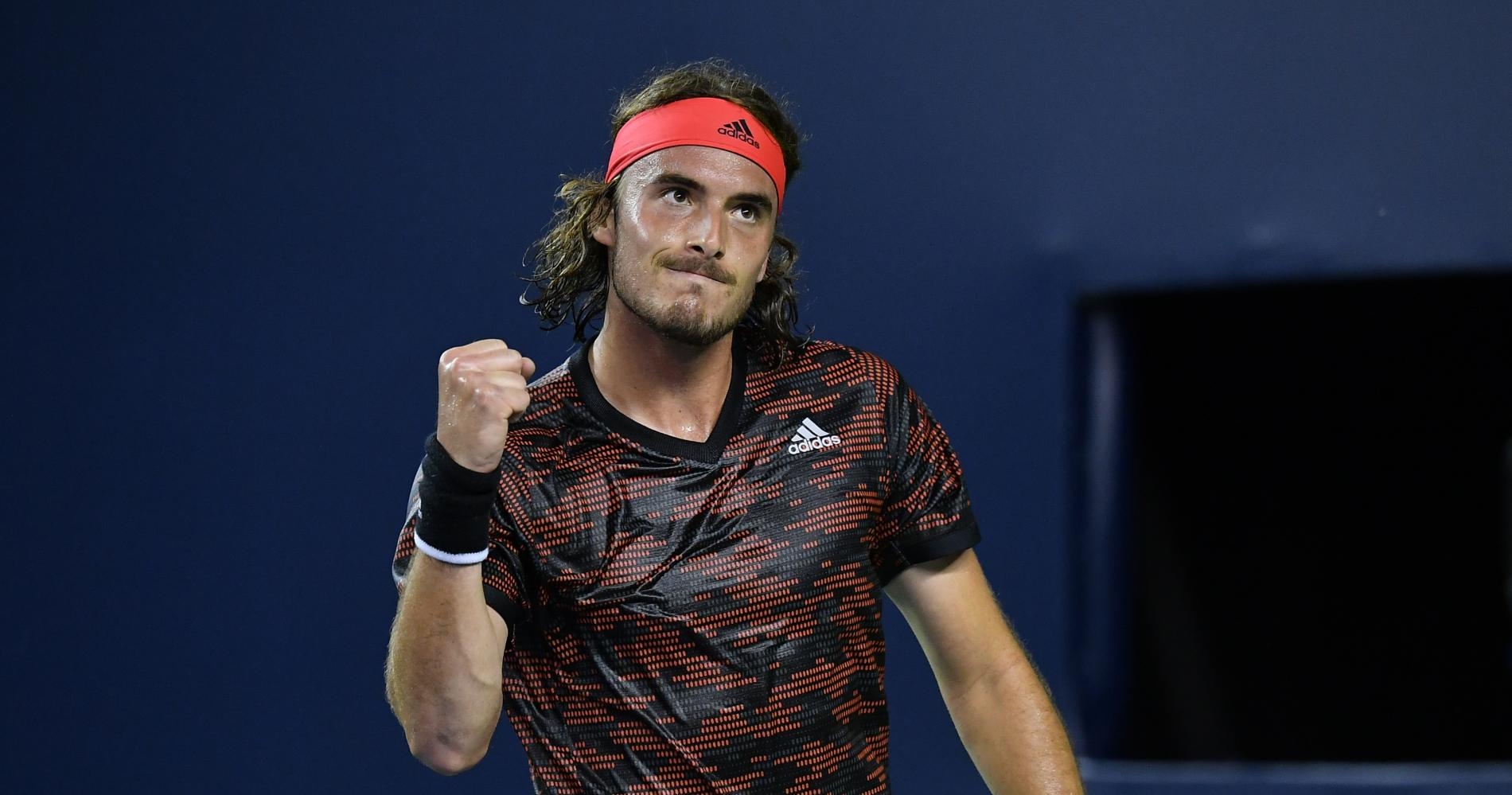 Italian Matteo Berrettini dominated the first quarter and edged the second one but as he did against Feliciano Lopez last weekend, Stefanos Tsitsipas kept his nerve, winning the first two points to clinch victory, 11-16, 13-14, 14-13, 13-10, 2-0, and a Final 4 spot.

He becomes the first player to qualify for the #UTShowdown semifinals. pic.twitter.com/dzfWTJsl3D

“That’s the Greek God magic,” Tsitsipas joked, of his comeback. “I’m calling all of the Gods and they’re there to assist me”.

“(But) I had no idea I would qualify if I won that match. I try to concentrate on the present, that’s how it works.

In classic Tsitsipas fashion, @StefTsitsipas had no idea he had qualified 😅

With his massive serve and heavy forehand, Berrettini put the hammer down in the first quarter and Tsitsipas felt the pressure as the Italian took it 16-11.

“I felt a bit numb on the court in the very beginning, Tsitsipas said. He was always controlling the rallies and he was very confident. It took a while for me to find my strokes and my serve. Third set, I started playing some of my very best tennis.”

Tsitsipas got to grips with the power of Berrettini better in the second and was in front the whole way through. But somehow, the Italian world No 8 snatched it on the deciding point, having used his “Steal Serve” card perfectly at the end of the quarter.

At two quarters to love, Tsitsipas was in big trouble. But the experience of last weekend stood him in good stead and a winners x3 card late on proved crucial as he took it 14-13, although he did not even know the quarter was over.

Saved by the bell 🔔@StefTsitsipas steals the third set to stay in the match.

The momentum was now with Tsitsipas and he stayed with Berrettini throughout the fourth quarter, which went one way and then the other. At 11-9, The Greek God produced a backhand pass from the heavens, though, and that was just about enough to force sudden death.

For Berrettini, it was his first experience of sudden death and it didn’t go his way, a tame backhand finding the net on the first point, on his own serve, before a big Tsitsipas serve forced a return over the baseline to seal his fate.