Zverev holds off Moutet to reach final of UTS2

Alexander Zverev battles past Corentin Moutet 3-1 in the UTS2 semifinals on Sunday. Zverev will go up against either Felix Auger-Aliassime or Richard Gasquet in the championship match. 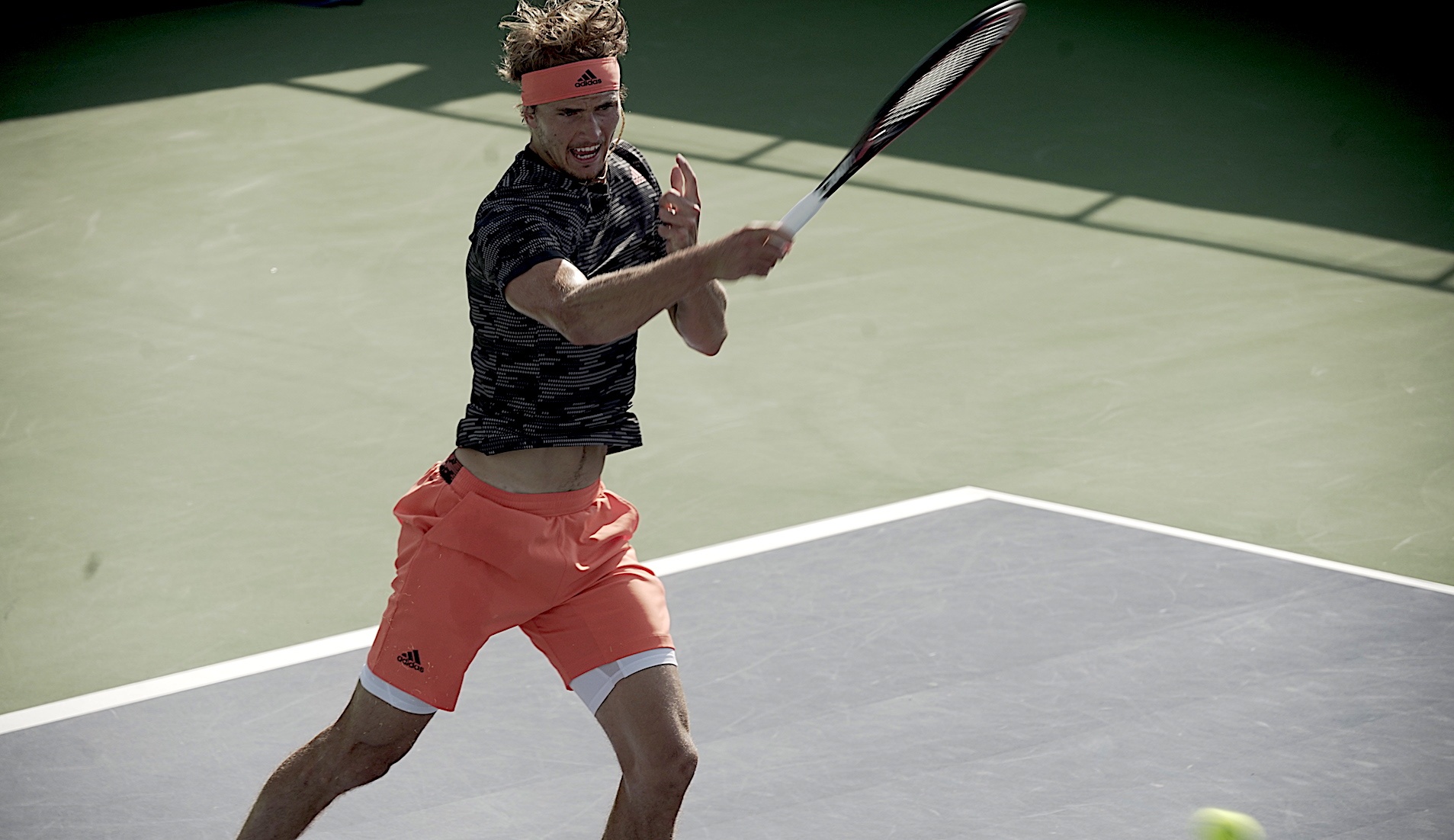 Alexander Zverev picked Corentin Moutet instead of Richard Gasquet as his semi-final opponent at UTS2. It turned out to be a good decision.

The Tornado performed admirably and came up with several spectacular shots, but he did not have quite enough firepower in the end to hang with his favored opponent. Zverev ultimately prevailed 17-12, 10-12, 17-12, 13-11 for his second win in as many matches during his brief UTS career.

The Lion leaps to the final 🦁@AlexZverev defeated @moutet99 3-1 to earn the first ticket to UTS2’s final. He’ll meet the winner of Felix Auger-Aliassime and Richard Gasquet later tonight.#UTShowdown pic.twitter.com/JDQy5r0gcu

Aided by a pair of Zverev double-faults, Moutet built an 8-6 advantage in the first quarter. Zverev then used his take away one serve card, winning one of those next two points to stay within 9-7. The Lion immediately dialed up his next point counts two card, as well, capitalizing on both to take an 11-9 lead. Moutet countered with a next point counts two card of his own and converted one of those opportunities. The flurry of card usage continued with The Tornado taking away a Zverev serve, but he could not quite get back on level terms. A Moutet double-fault at 12-13 with less than a minute remaining all but ended the quarter.

“He was playing good; he was serving good, especially,” Moutet assessed. “It was close. He’s one of the best players in the world, so it’s always a great opportunity to play against those players.”

The Tornado again inched ahead early in the second quarter, prompting Zverev to use a next point counts two card at 4-6. A double-fault only heaped more frustration on The Lion, who was already upset about a questionable line call a couple of points earlier. He got right back in it, however, with a big serve on the next point. Both players incurred time violations and both players also used steal serve cards late in the quarter. Neither could separate himself, but the Frenchman went up 11-10 in the waning seconds and won the final point as time expired when Zverev missed a backhand well wide.

It’s getting a little stormy over here… 🌪️@moutet99 wins dramatic second quarter to level the match 1-1 against @AlexZverev.#UTShowdown pic.twitter.com/R4bs01B565

“I put more balls in the court during the points,” The Tornado explained. “I was a little bit more aggressive and I put more returns in play. But it was so close.”

“He won 13 points or something and I did 12 unforced errors,” Zverev lamented. “Also there was one of the worst calls in my professional career. Playing better would help. My serve was off and my baseline (play) wasn’t great. There’s nothing positive about it.”

Zverev was quick to get momentum back on his side, seizing a 10-2 advantage in quarter three. But The Tornado, inspired by an amazing lob-drop volley combination, hit back for six consecutive points. A controversial out call in The Lion’s favor while he was playing a next point counts two card put him back in the lead by four points. Moutet kept himself competitive the entire time, but he could not get back on even terms and Zverev ultimately snagged the quarter 17-12.

“It’s quite entertaining to watch right now,” Zverev said, referring to Moutet’s tirade during the break in between in quarters. “It’s difficult to play today. Balls are flying. He is a different game than Felix. Against Felix we were hitting balls as hard as we can; this is more cat-and-mouse.”

Happy to finish it off

Off the boil both mentally and perhaps physically as well, The Tornado sprayed errors left and right to fall behind 7-3 in the fourth. In desperation, Moutet played a must serve and volley card and it worked to perfection as Zverev made two volley errors. The 20-year-old played his next card (point counts two) immediately thereafter, as well, and capitalized on both to surge into a 9-7 lead. Five straight points for The Lion, however, proved to be Moutet’s last gasp.

“I’m quite happy that I finished it off,” the world No. 7 assured. “It was difficult. He’s a good player and he’s also super young still…. Felix was a great match yesterday and with Richard we always have great matches. There is no easy draw in the final I think.