“If the ATP doesn’t replace Federer and Nadal, they’re going to suffer”

In episode # 26 of Match Points host Josh Cohen asks our all-star panel what the ATP will look like when the Big 3 have retired. Marion Bartoli and Simon Cambers have deep thoughts on the topic… 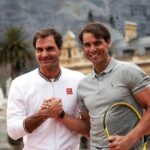 Match Points #26 : Is the ATP Tour ready for the post Federer and Nadal era?
Next 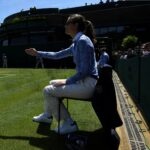 “Linespeople must not be replaced by Hawk-Eye Live, they’re part of the show”
The figures 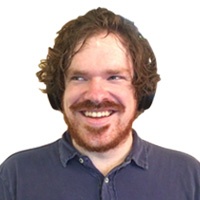 What will the ATP look like after Roger and Rafa have hung up their racquets? Tennis fans got a glimpse of that at the Miami Open when not a single member of the ATP’s Big 3 made it to a Masters 1000 draw for the first time since 2004. It was an eye-opening event that produced a pair of first-time Masters 1000 finalists, but it was not necessarily good for TV ratings.

Marion Bartoli says it should send a message to the ATP Tour. If the young guns of men’s tennis don’t start to get more name recognition, casual fans might stop tuning in.

“The final of Miami this year, between Sinner and Hurkacz, lost 72 percent of viewers, on their ratings on television, compared to the 2019 final between Roger and John Isner, so that is just showing in itself, and probably if you go out in the streets and you ask who won the Miami Open – even in Miami – I don’t think a lot of people will be able to answer that question, unless you are a tennis addict and you know what exactly is going on, but we know that percentage is very limited,” she said.

Simon Cambers believes that the ATP has its work cut out at the moment. Federer and Nadal, true icons of international sport, have done so much heavy lifting for the tour. Now it’s time to try a different approach, he says.

“It’s not going to be possible to replace Federer and Nadal and I don’t think that the tour should try to market those guys in the same breath, or say that’s what they’re doing. This has to be a new breed, they’ll have to work really, really hard at it.”

Bartoli agrees. Building up the profiles and reputations of the young guns will be job number one of the tours and the players’ agents moving forward.

“I think the role of the ATP and the role of the management agency of the players is to build now the profiles of the new players, so people get to know them, so people start to get interested about them,” Bartoli said. “Even maybe they don’t win everything now, but they get fans and once Roger and Rafa and eventually Novak as well will be gone, people will already know those names.”